Naila Amin, Forced Marriage Survivor, Uses Her Past Experiences to Drive Her Activism 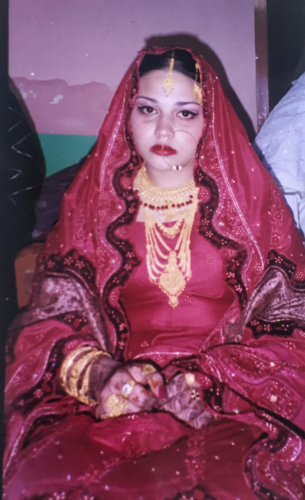 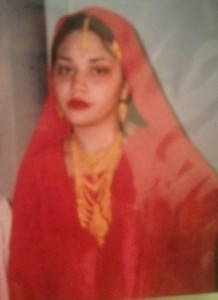 Naila at the age of 15 on her wedding day.

AHA Foundation: When you were 15 years old, your parents brought you to Pakistan and there, you were forced into marriage to your 28-year-old cousin. Prior to that, you suffered honor violence. Can you share with us about your life before this and the lead up to being taken abroad?

Naila: I went to high school in the suburbs, in Baldwin, New York, and prior to being taken to Pakistan, I was placed in foster care because my parents found out that I had a boyfriend and they got angry and beat me. Child Protection Services got involved, and I was placed in the foster care system in March of 2004. I was lost and confused while bouncing from group home to group home. I missed the stability that my parents provided me, so I ran away from a group home in Port Washington and went to my parents’ house. Shortly after, during my freshman year of high school, I was taken abroad to Pakistan. I was forced to go live with my rapist, who was the cousin I was promised to. 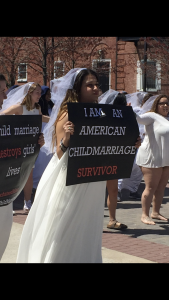 AHA Foundation: Before you were taken to Pakistan, were there any warning signs that made you suspicious that your parents would force you to marry a relative abroad?

Naila: Being in the foster care system traumatized me as a young girl. Because I was so young, I didn’t even suspect this would happen. I just wanted to be with my family again.

“The thoughts and realization [about a wedding forced onto me] came tumbling down all at once, and before I knew it, I was trapped and it was too late.”

AHA Foundation: Once you were in Pakistan, when did you realize you were promised to be married and did anyone ask you if you wanted to marry your cousin?

Naila: I had been promised to my cousin when I was 8 years old, so I was aware that eventually I would have to marry him. No one ever asked me if this is what I wanted. When I was 13, a Nikah was performed, which is an Islamic wedding ceremony, and I was not even in attendance. When I was taken to Pakistan, I did not initially realize that I was in danger of being forced to stay there. I first realized my wedding being planned when my family started taking me on shopping trips constantly, for jewelry and new clothes. It hit me in a marketplace called Anarkali Bazaar. As I sat in a store picking out new clothes, it suddenly occurred to me that I was picking out my carrot-red wedding attire. The thoughts and realization came tumbling down all at once, and before I knew it, I was trapped and it was too late.

“Without that resource because of my prior circumstances, I would have had an extremely difficult time returning to the United States on my own. That was my ticket out.”

AHA Foundation: How long were you stuck in Pakistan? How did you escape?

Naila: I was in Pakistan for about 5 months or so. I tried escaping from my ex-husband twice but was never successful. He beat me and confined me to the house, he even took away my phone, passport, and my music. I had an uncle who understood how I felt, and was very sympathetic towards me and my situation. He helped me call my social worker from when I was in the foster care system to seek help to come home. I escaped with help from the U.S. State Department, and my mother was arrested upon arrival at JFK for kidnapping. Without the help that was available to me because of my prior circumstances as a foster child, I would have had an extremely difficult time returning to the United States on my own. That was my ticket out.

“When I get a message from someone saying I inspire them, or they thank me for helping them, that makes all the pain from my past experience go away. My past is a lesson for all, I am glad I was chosen to help eradicate child marriage.” 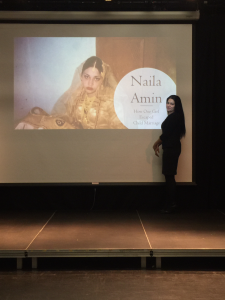 AHA Foundation: Soon after escaping forced marriage, you turned to activism . You now speak out against forced marriage to protect other girls from experiencing what you went through, and you founded The Naila Amin Foundation. Tell us about the work of your Foundation and how it helps you accomplish your vision. Are you targeting specific states?

Naila: I first turned my focus to activism at the age of 25, and the next year I founded The Naila Amin Foundation (NAF) in 2016. My hope is to open up our first group home for girls under the age of 18, escaping forced marriages and honor-based violence. This is a crucial first step because most domestic violence shelters will not accept minors. These girls have nowhere to go, and usually no one to turn to. I want it to be their safe place.

We hope to give these young women a safe place to stay and call home, while helping them attain an education or trade skill, provide accessible therapy, and teach different life skills. Currently, since NAF does not have a physical location yet, we send all our referrals to other agencies doing similar work. I help locate a shelter, or a pro-bono lawyer, and any other resources needed for their individual case.

At the Naila Amin Foundation, we are not targeting a specific state, we are targeting the world. I have been speaking at high schools and universities across the nation to spread awareness about the reality of forced and child marriage. When I get a message from someone saying I inspire them, or they thank me for helping them, that makes all the pain from my past experience go away. My past is a lesson for all, I am glad I was chosen to help eradicate child marriage.

“At the Naila Amin Foundation, we are not targeting a specific state, we are targeting the world.” 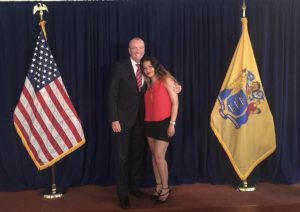 AHA Foundation: What do you think of Senate bill 742 “Protecting Children Through Eliminating Visa Loopholes Act.” Do you think this bill will protect other children in the U.S. from being trafficked for citizenship rights?

Naila: I think the bill needs a few revisions to ensure it is closing the child marriage loophole, as well as including language to address the domestic issues of child marriage. I think if this bill is revised correctly, it will be a huge step forward in our marathon of criminalizing child marriage in the United States. We must protect children from exploitation both in the U.S. and abroad.

“Who thought a 14-year-old should marry a 27-year-old? That is not right, they could have protected me before I was taken abroad.”

AHA Foundation: You received help from both state and federal authorities before and after your escape. Do you think that they fell short in their willingness or ability to help you in your time of need? Were they responsive when you informed them of your forced marriage?

Naila: I am glad that the state of New York did not give up on protecting me, and brought me home safely. I owe them my life. Nassau County social services department proved to be my biggest ally by helping me for three years until I turned 18. Today, I work very closely with the same Commissioner of Social Services who helped save my life in 2005.

My involvement at the federal level is a vastly different story. They failed me. Every day, I wonder who thought approving my spousal petition was a good idea. Who thought a 14-year-old should marry a 27-year-old? That is not right, they could have protected me before I was taken abroad. It is absolutely ridiculous, and we need to make a change now. We cannot allow children to continue to be exploited like I was.