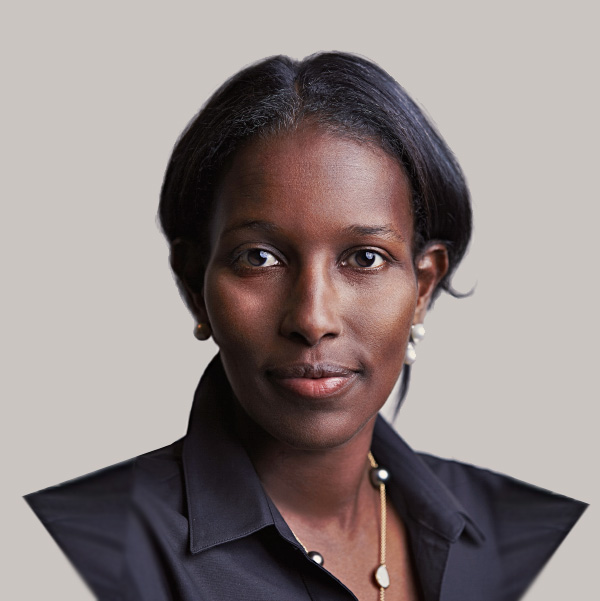 Ayaan’s journey began in Somalia in 1969 where, as a young girl, she was subjected to female genital mutilation (FGM). From very early on, she questioned the subjugation of women she saw all around her; while listening to a sermon on the many ways women should be obedient to their husbands, she couldn't resist asking, "Must our husbands obey us too?" Ayaan has shown great courage, risking her life to expose the violence she sees around her. But she has done more than speak out. Ayaan has connected her life experiences, and the attention she garnered, to the AHA Foundation. She took action to protect women and girls from the violence she - and so many others - faced. 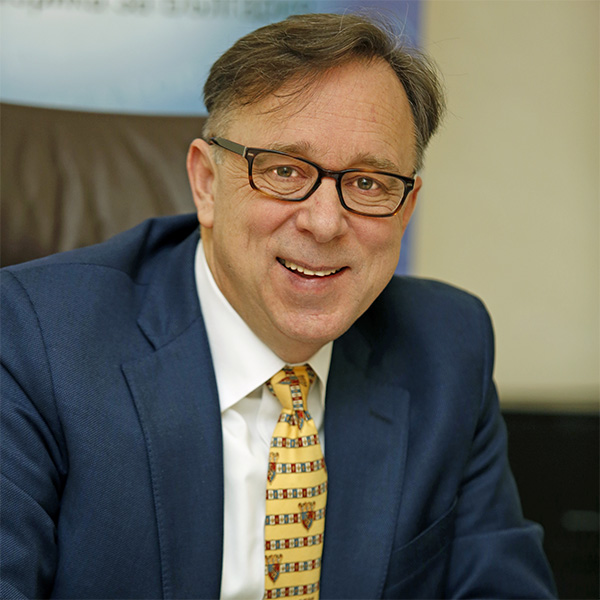 George Zarubin is an attorney and a seasoned, senior executive with 20 years of philanthropic and non-profit experience in Washington, DC, Eastern Europe, and Eurasia. He built the organizational capacity of foundations and non-profits by overseeing their transformation, sustainability and ensuring targeted and measurable impacts. With an undergraduate degree from Georgetown University’s School of Foreign Service, and law degrees from Tulane University Law School and McGeorge School of Law at the University of the Pacific, Mr. Zarubin practiced law for 10 years in California and Russia before transitioning to work with non-profits and international development. As the former Executive Director of the Soros Foundation Kazakhstan, Vice President of the Eurasia Foundation, and President of Eurasia Partnership Foundation, he worked as a change agent and implemented new programs to promote liberal western values, supporting civil society organizations to engage in policy dialogues with national and local governments. One of Mr. Zarubin’s favorite quotes was given at Salzburg Global Seminar where he worked as Vice President designing and raising money for international dialogue programs about the world’s most pressing issues: “Never doubt that a small group of thoughtful, committed citizens can change the world; indeed, it's the only thing that ever has.” Margaret Mead 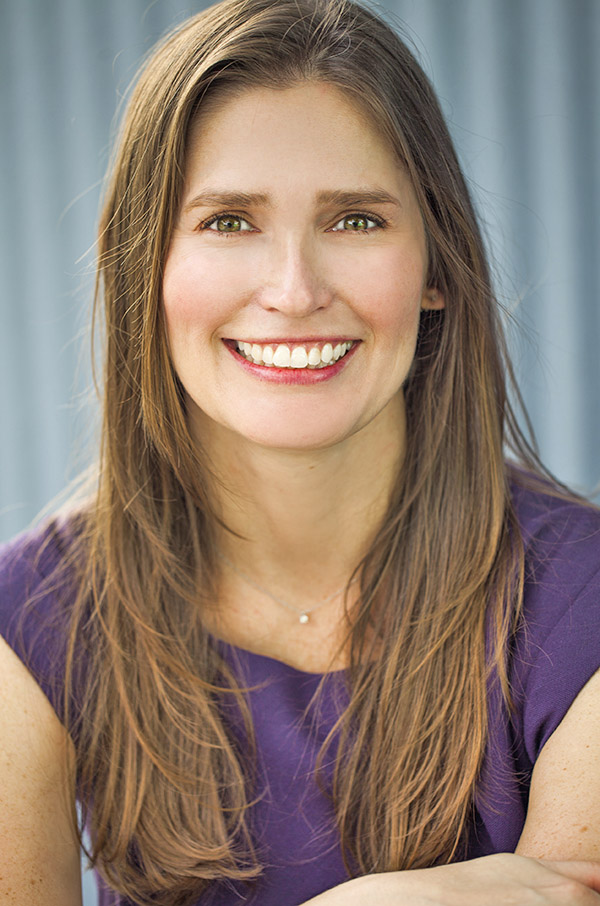 Amanda Parker is the Chief Financial Officer and Senior Director of AHA Foundation. Ms. Parker oversees AHA’s women’s rights programs. She develops federal and state policy proposals to protect women and girls from harmful cultural practices, recently working with Michigan to put in place the most comprehensive anti-female genital mutilation (FGM) legislation in the country. She has facilitated trainings on honor violence, FGM, forced marriage, and child marriage for more than 3,000 professionals likely to encounter cases, and has supported survivors of these abuses to help them find protection and the services they need. 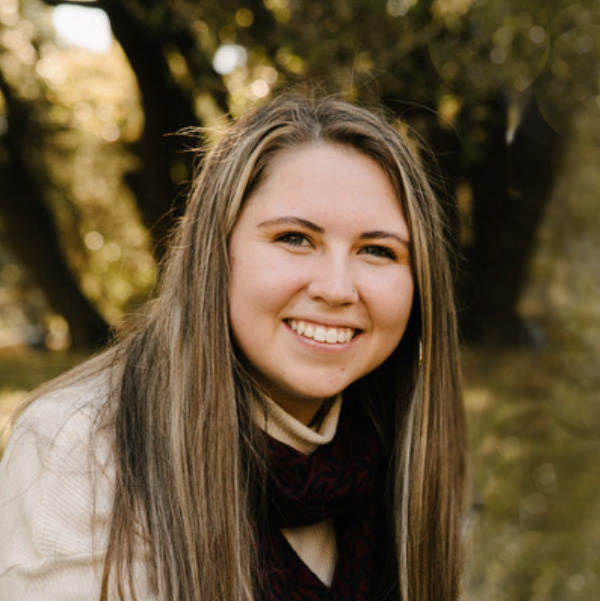 Natalie joined AHA Foundation in 2018 after graduating from Texas State University with a degree in Business Administration with a focus in Management. In 2020, she began working as the Program and Public Relations Coordinator. Natalie focuses on recruiting fellows and assisting in hosting events across the nation to bring awareness to the issues we cover. She is passionate about ending gender-based violence. 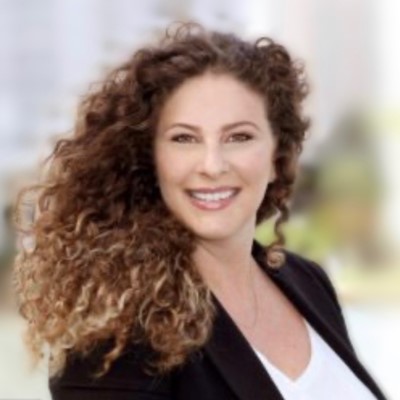 Michele is an experienced attorney and women’s and children’s rights advocate. As the Director of Policy and Women’s Programs, Michele leads the foundation’s advocacy efforts and women’s rights programs. Michele is passionate about ending gender-based violence. 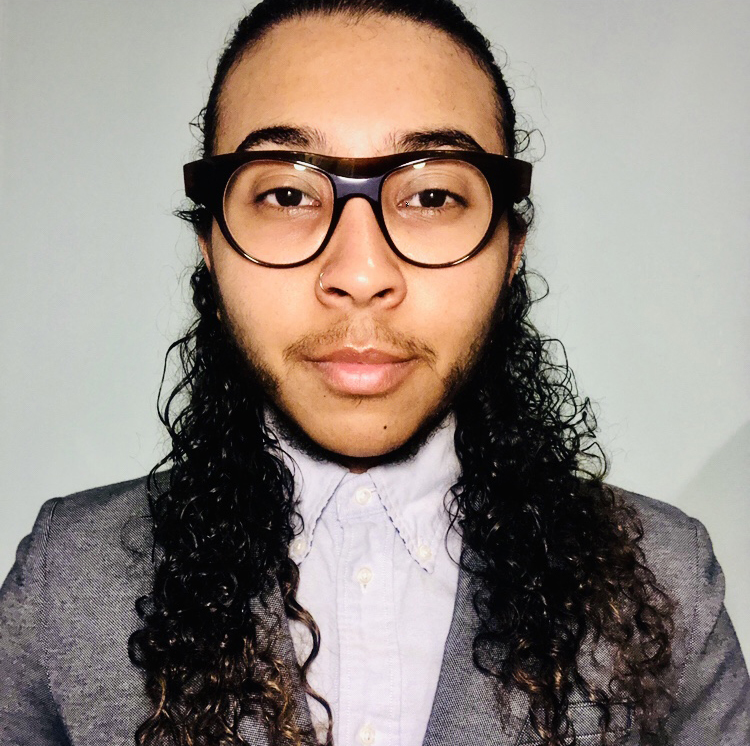 Egypt joined AHA Foundation in 2020 as a Help Request Case Manager intern. He earned an M.A. in Clinical Mental Health Counseling from The George Washington University and is currently pursuing his Psy.D. in Clinical Psychology. His areas of interest include: Trauma/recovery, Asylee/Refugee populations, and LGBTQIA+ issues. Egypt is passionate about helping marginalized communities. Egypt joined the AHA Foundation to provide support to those in crisis by connecting them to the appropriate resources. 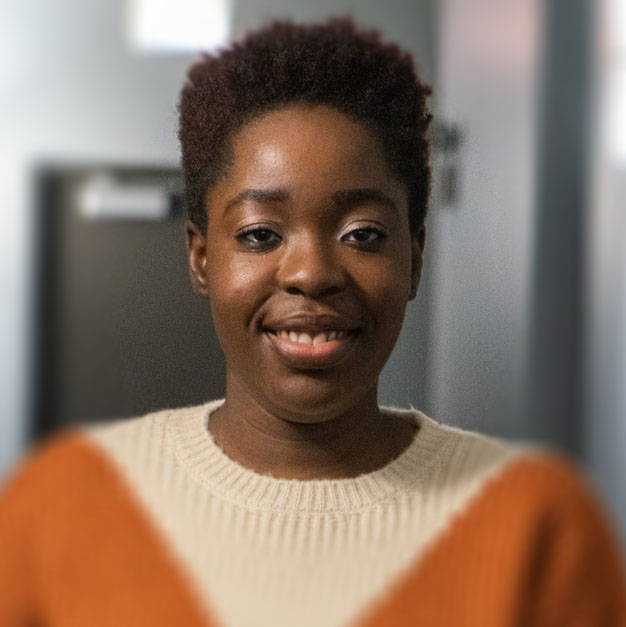 Oluwadamilola has a master’s degree in public health from Northern Illinois University and a background in health administration. As a student intern in Nigeria, she facilitated health talks on female genital mutilation, nutrition, and hygiene to pregnant and nursing mothers at a community health clinic. In Chicago, Oluwadamilola worked as the Psychiatric Rehabilitation Service Coordinator at Southview Care before joining the AHA team in 2020 as the Program Coordinator of AHA’s federally funded WE STOP FGM/C Chicago North Side program. Since joining the team, Oluwadamilola has also become one of AHA’s leads on FGM training nationally. 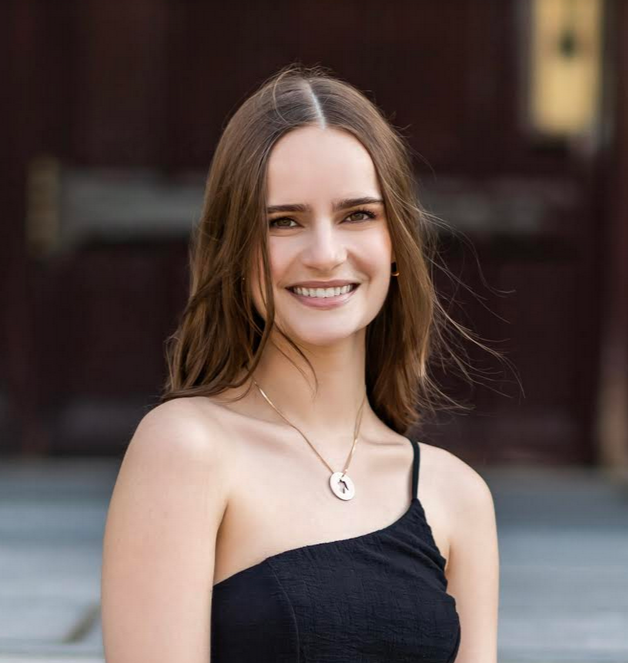 Mackenzie Sanders joined AHA in 2022 after receiving her master's degree in Creative Writing from Sarah Lawrence College. As Development Manager/Proposal Writer, Mackenzie uses her experience and skills in fundraising and writing to obtain funding and support for AHA's programs. Mackenzie believes strongly in equal opportunity and ending gender-based violence. 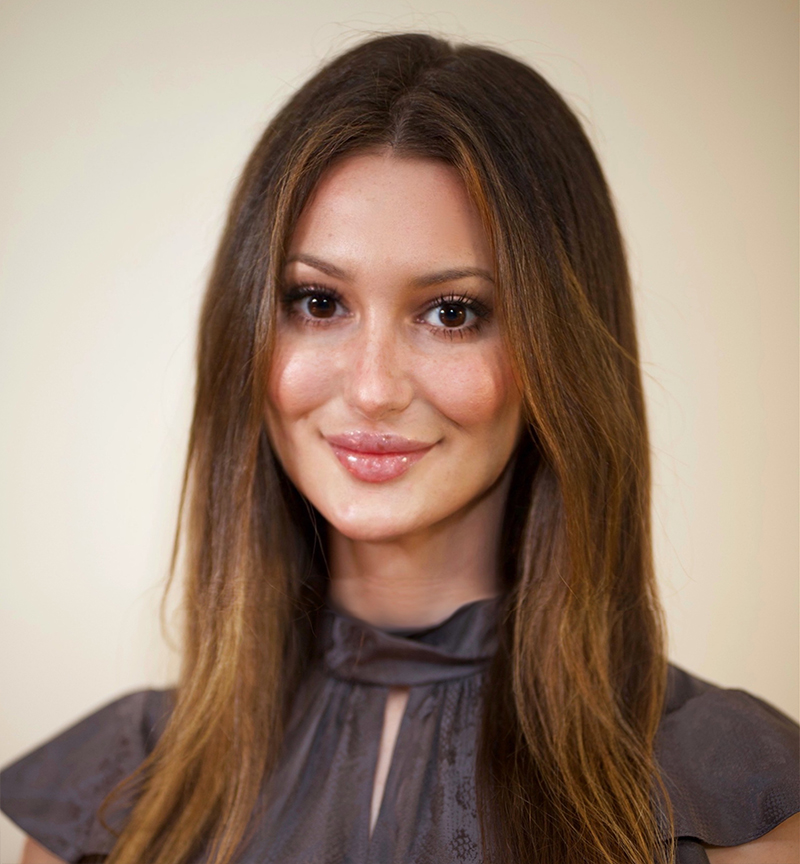 Cara joined the AHA Foundation in the Spring of 2021 as an assistant campus event coordinator. Before joining the Foundation, she obtained her bachelor’s degree in sociology at the University of Miami and worked in nonprofit marketing. Cara now lends her analytical research experience and communications expertise to help facilitate AHA’s Campus Fellowship Program. She also enjoys producing written copy, designing promotional material, and serving other departments in an editorial capacity. Cara is passionate about reaching young adults and future policy makers to strategically expand the platform for engagement around global human rights issues. 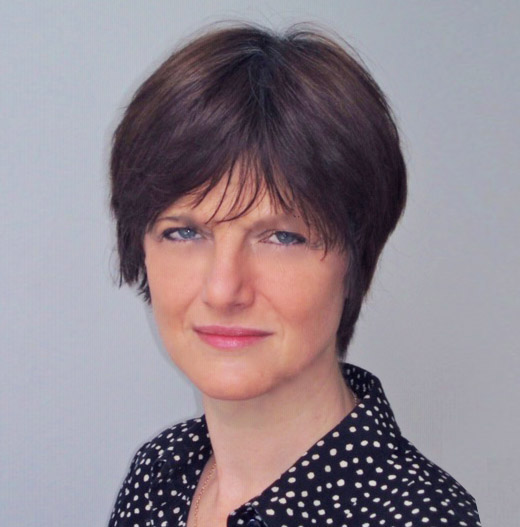 Lisa helped found the UK’s National FGM Centre and chaired their advisory board before moving to Washington DC in 2017. Having initially studied Electronics, Lisa worked in manufacturing before joining Voluntary Service Overseas in 1989 to become a teacher in a Nigeria. Lisa first became familiar with the practice of FGM teaching girls in Nigeria. Returning to England, Lisa worked for the national charity Victim Support, where she sat on several international project steering groups and worked with the European Commission on projects to support victims of violence and abuse. Lisa also became involved in local politics, which resulted in her being elected to the UK’s Local Government Association, a powerful cross-party Westminster lobby group. Here she became Deputy Chair of the Safer, Stronger Communities Board where she helped found the National FGM Centre. Lisa currently supports the AHA Foundation’s activities in tackling FGM, forced marriage and honor based violence. 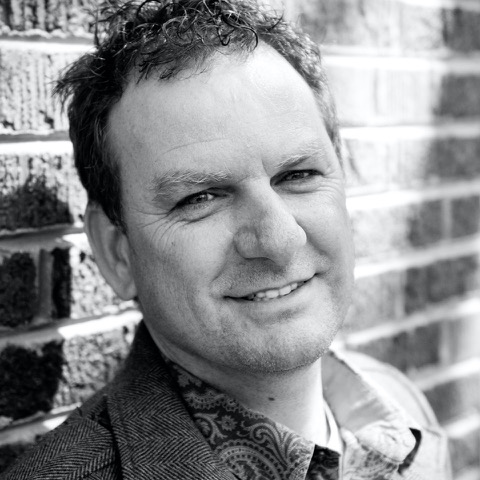 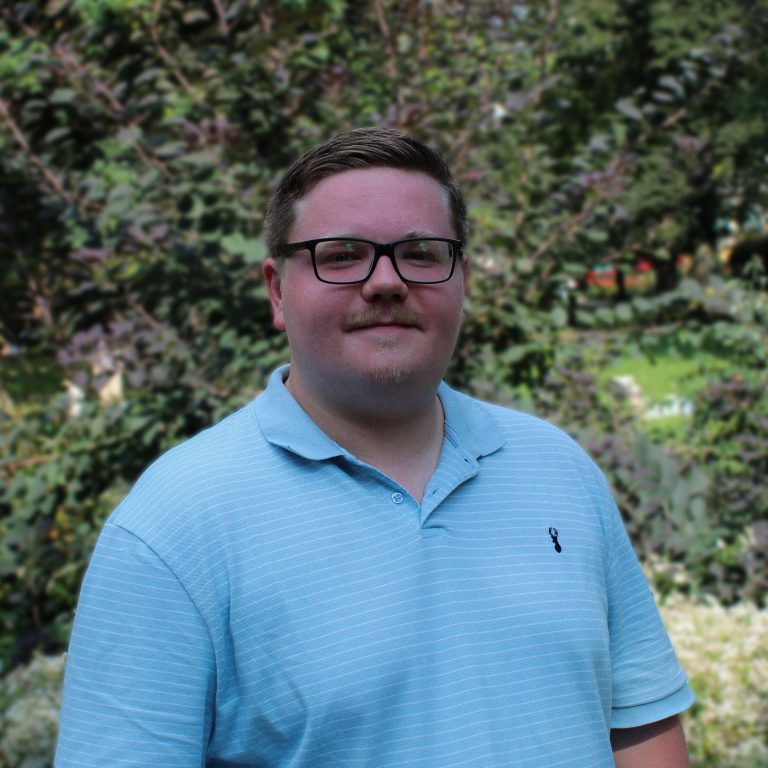 Daniel holds a first class degree in English Literature and History from the University of Edinburgh. He is a writer and editor with bylines in many outlets. As a longtime admirer of Ayaan Hirsi Ali and her work, he was proud to join AHA Foundation as a Marketing Consultant. He lives in Fife, Scotland. 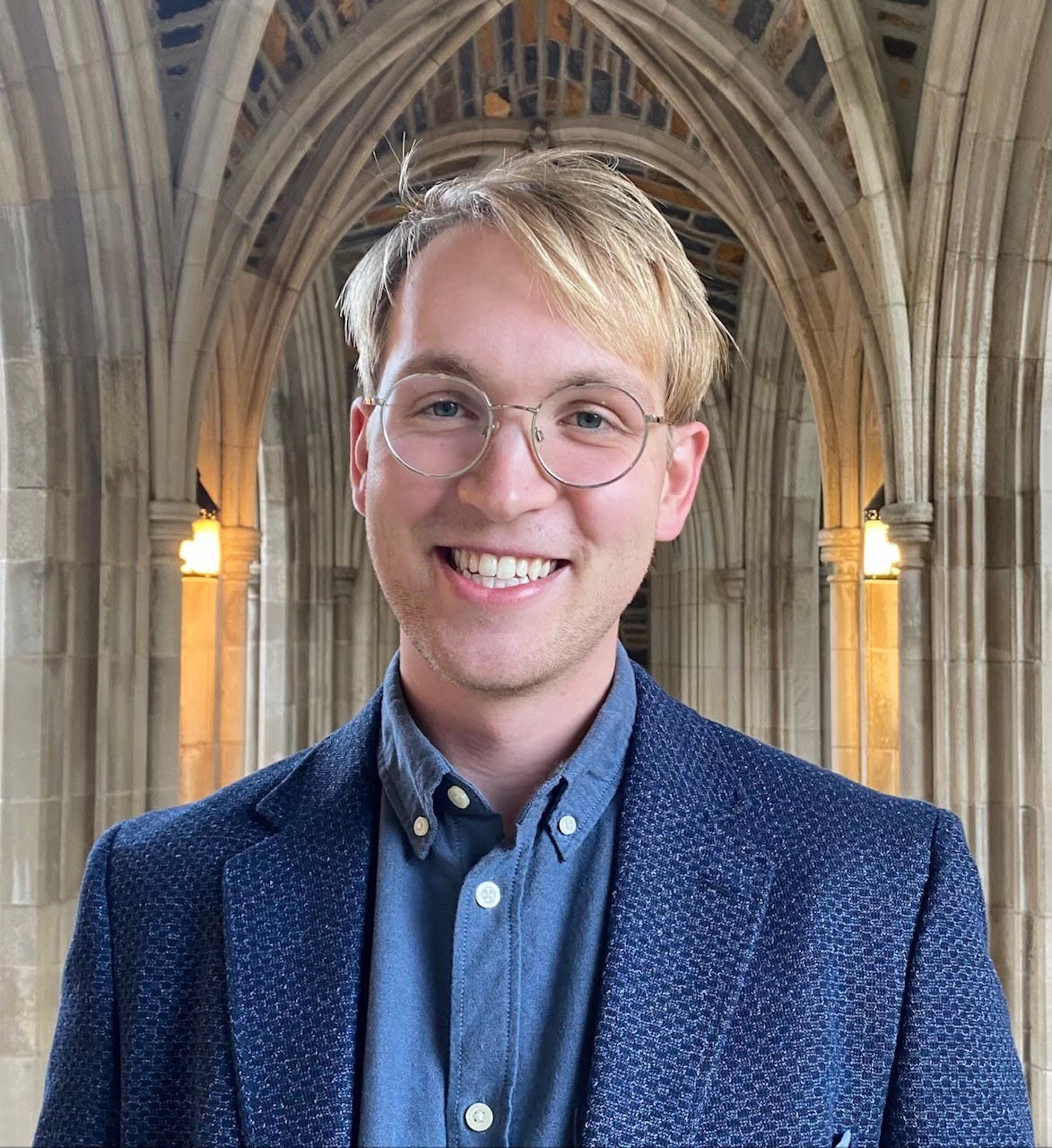 William joined AHA Foundation in 2022 as a research and marketing intern and works on AHA's campus fellowship program and the CLARITy Coalition. William is working towards his dual bachelor's degree from Duke University and Duke Kunshan University in Global Health Public Policy, where he is writing his senior thesis on the link between health systems and female genital mutilation/cutting.
Tweet
Share
Tweet
Share
Tweet
Share