30 States Have Inadequate Anti-FGM Legislation. Here’s What They Can Do to Make the Grade. 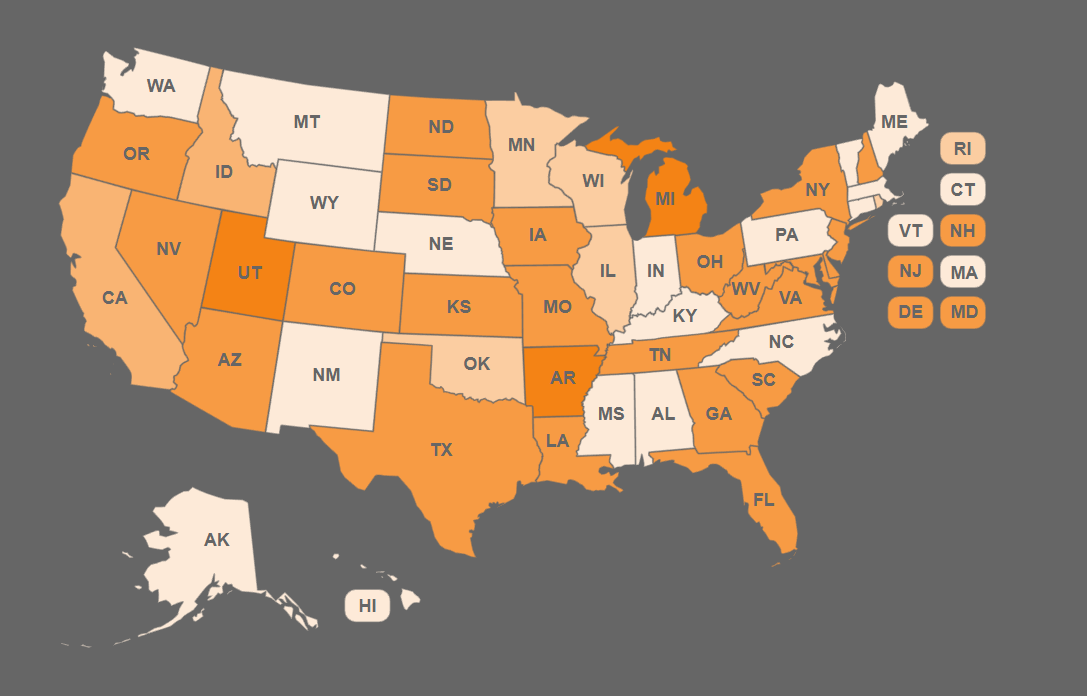 Over the past two decades, the number of girls estimated to have undergone or be at risk of female genital mutilation (FGM) in the U.S. has quadrupled, yet legal protections at both the state and federal level remain unjustifiably inadequate.

There are a number of reasons behind this legislative gap – lack of political will, well-meaning but misguided cultural sensitivities, or lack of awareness about the pervasiveness of FGM on American soil. In states with existing but inadequate laws, it may also be that we have developed more legislative solutions to the problem of FGM since these laws were initially passed, and state laws just haven’t kept pace with those developments.

The first-ever U.S. federal prosecution of an FGM practitioner began in 2017, over 20 years after this child abuse was criminalized by Congress. Sadly, in 2018, the presiding judge dismissed key charges against the defendants due to a challenge to the law’s constitutionality.

Of the 33 states that possess anti-FGM legislation, all but three have failed to adopt provisions that are comprehensive enough to support survivors, institute preventative mechanisms, and send a strong message that this practice is not tolerated in the U.S.

Does your state have weak anti-FGM legislation? Find out here.

If your state has an inadequate anti-FGM law, that means its legislation does not contain one or more protections for vulnerable women and girls. These protections include:

FGM is an extraordinarily traumatizing and violative form of child abuse. Every person responsible for having this procedure carried out should have to answer for their involvement, regardless of his or her cultural background and relationship to the victim.

We also know from working with families from impacted communities that those who have reservations about having their daughters cut can and do use existing legislation to repel pressures from family or community members pushing them to continue the practice.

Religion and Culture is Not a Defense

FGM by nature is a form of child abuse that is deeply rooted in cultural beliefs and customs — if these were to be treated as permissible defenses to prosecution, the law itself would have no teeth.

Resources should be allocated to disseminate information to affected communities about the health consequences and criminality of FGM, and establish best practices for professionals likely to encounter survivors and at-risk girls.

Like other forms of child abuse, mandatory reporters should be required to report suspected cases of FGM and situations where a child is at a substantial risk of FGM.

Extending the Statute of Limitations and Civil Action

Though FGM practices vary among cultures and countries, FGM is typically performed on young girls between infancy and adolescence. These girls may not yet know that the procedure is a violation of their rights, and if they do, they likely don’t have the capacity to stand up for themselves.

For too long, FGM has been underreported and ill-understood in the U.S. Though estimates by the Centers for Disease Control and Prevention have highlighted its pervasiveness within the country, governmental and community responses remain unreasonably slow.

Anti-FGM laws should not interfere with certain necessary and legal medical procedures, and these distinctions should be clearly stated in order to protect medical practitioners that are carrying out their professional obligations dutifully and within the confines of the law.

Physicians in the U.S. have an ethical obligation to respect the dignity and welfare of their patients. FGM is a harmful practice with absolutely no health benefits.

AHA Foundation has been at the forefront of the battle against FGM in the U.S. for over ten years. Our team has worked diligently to devise model legislation that offers the holistic solutions and heightened standards necessary to finally end this heinous practice.

Interested in helping pass anti-FGM legislation, or strengthening anti-FGM laws in your state? Find our model legislation below and see what your state is missing.