After Growing Up in a Warzone, CTF Co-Founder Dedicates Life to Fighting Extremism 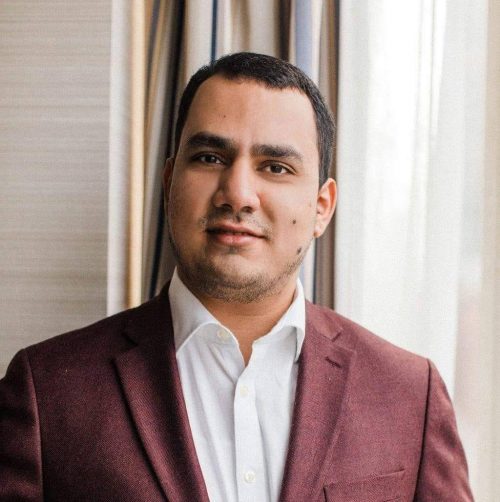 Faisal Saeed al-Mutar, founder of Ideas Beyond Borders and co-founder of the Critical Thinking Fellowship (CTF) Campus Program, shares about growing up in Iraq and how these experiences drive his activism at U.S. college campuses.

Julia O’Donnell is the Campus Program Manager and works closely with Faisal. Together they help our campus fellows spark activism around the protection of women and girls and promote the reform of Islam by bringing ex-Muslims, Muslim reformers, and scholars from many fields to speak on their campuses. 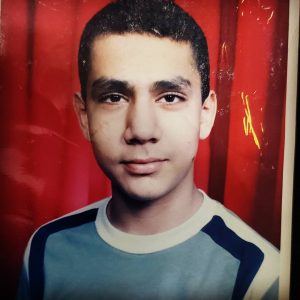 Julia: Can you tell our supporters about your life growing up in Iraq? How have your early life experiences influenced and shaped your work with Ideas Beyond Borders and Critical Thinking Fellowship?

Faisal: I see my life as divided into different stages, the first stage was my early childhood and it was under the regime of Saddam Hussein which was an absolute authoritarian dictatorship. My neighborhood at the time was filled with many of his generals, so when the war happened in 2003, many of them left. The area turned from a normal residential neighborhood into chaos. Quickly, Al Qaeda and other militias moved in and began controlling the area, and terrorism was our weekly reality.

I am lucky that despite all of that hostile environment, I have a supportive family that allowed me to think for myself and not be forced to think one way or another and I maintained that throughout all of my life.

Julia: How did you become involved with the Critical Thinking Fellowship (CTF)? Have your goals and vision for CTF changed over time?

Faisal: I met Ayaan Hirsi Ali at one of her events in Washington D.C. and she introduced me to the Executive Director of AHA Foundation, George Zarubin. From there we spoke about our common goals and realized we could be great partners for this project. Three years later, the program has been hugely successful and brought wonderful speakers to different campuses who otherwise might not have had the opportunity.

My vision for the program remains the same at this time. I believe students should be introduced to a diverse set of narratives about complicated subjects like Islamism, ideological diversity, and freedom of speech. Although many people can be uncomfortable with some of these topics, unless we discuss them, no one will learn from them. I am glad that CTF is giving students and speakers the platform to have their voices heard on various campuses across the U.S.

“I believe students should be introduced to a diverse set of narratives about these complicated subjects.”

Julia: For years now, you have been a frequent speaker at U.S. college campus debates and lectures. What results have you seen emerge from this form of your activism?

Faisal: There were ups and downs throughout the years, but mainly ups, thankfully. I have met many students that are curious about the Middle East in general, including the current movements for human rights in the region. Most students have never actually talked to an Iraqi before, so they have been interested in hearing my opinion and viewpoint. It is encouraging to see that so many young people care about civil liberties in my home country.

“Most students have never actually talked to an Iraqi before so they are interested in hearing my opinion and viewpoint.”

Julia: Have these observations changed the way you approach young people with your message against extremism and radicalization?

I have found that people want to know about other people. What is their daily life like? What do they value? Knowledge of these topics helps connect us and move us towards a better world, instead of dividing us over trivial topics.

“I think for some people, being berated by others who want to shut down the conversation is intimidating, but I have been through much worse growing up.” 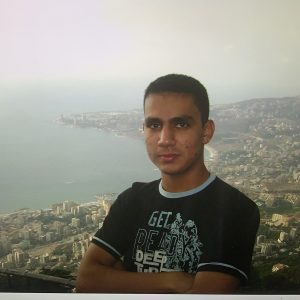 Faisal as a teenager visiting Lebanon

Julia: Several times during CTF campus events, I witnessed you were the target of serious pushback from the audience. Your message was received with yelling and threats, but you kept calm and were not deterred. What goes through your mind during these personal attacks? How do you handle these situations and what do you make of them?

Faisal: I think for some people, being berated by others who want to shut down the conversation is intimidating, but I have been through much worse growing up. It is hard to be intimidated by others when you have grown up in a warzone. I also happen to know that many of these attacks are unfounded and childish. For example, one student who organized a protest at the University of Rochester said that there is no way I grew up in Iraq because “my English is good” which says more about her ignorance about me and the region than about me and my work.

I think most important thing for me is to stay focused because at the end of the day my organization is set up to help the youth in the Arab world and the region. I am very confident that it is bringing positive change, so unless someone has a challenge for the thesis of the organization or presents a danger to it, I don’t pay them much attention.

“We are stronger when we work together.” 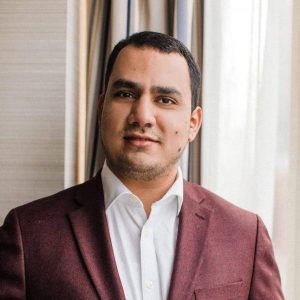 Julia: Last year, you attended our Coalescing Networks to Combat Islamist Ideologies seminar. The main idea behind the seminar was to bring together the voices of ex-Muslims, Muslims and other reformers that begin working together against Islamism. What were your expectations going into the seminar and how did your experience at the seminar compare with those expectations?

Faisal: Going into the event, I had no clue what to expect. I was excited about the idea of bringing together some of the most prominent people in the Muslim reform movement. We are stronger when we work together. Being able to interact face-to-face with the group was priceless. We all have different backgrounds and perspectives but share common goals.

I think events like this should happen more often, not just in the U.S., but in the Middle East. People should make a commitment to get together and brainstorm, and make sure our efforts aren’t falling short.

“There is a growing segment of both populations of Iraq and Iran that are rejecting that extremist narrative, especially among the youth. They want their voices to be heard, and be free from totalitarianism and religious dictators.”

Julia: In the dawn of 2020, the eyes of the world have been focused on a crisis in Iran and Iraq. A message of radicalization and extremist narratives have always persisted in these countries, but now could be dangerously effective. What kind of role can and should programs like CTF and Ideas Beyond Borders play in these critical times?

Faisal: It is very easy for most people in America to feel like there is no hope in Iran and Iraq, and radicalization is winning and we are fighting a losing battle. Because of the area I work in, I get to see the other side, the positive side. There is a growing segment of both populations of Iraq and Iran that are rejecting that extremist narrative, especially among the youth. They want their voices to be heard and be free from totalitarianism and religious dictators.

It is so hard to get information out of these areas, because of the government restrictions. Even recently, there were multiple Iraqi protesters who were injured at the recent protests, but we never hear about this in the U.S. I think the best thing CTF and IBB can do is to get these voices to be known here in the west as well and try to logistically and financially help these heroes. I see IBB not just as an organization but both a platform and a movement that is dedicated to bring positive impact in the region and to prevent extremism before it takes root.

@Ayaan has been at the forefront of the debate over free speech and other Western freedoms and ideals. Find a selection, from 2021 to the present, of her articles, podcasts, and other media appearances where she tackles the most pressing issues of the day. theahafoundation.org/ayaan-hi…

@Ayaan has been at the forefront of the debate over free speech and other Western freedoms and ideals. Find a selection, from 2021 to the present, of her articles, podcasts, and other media appearances where she tackles the most pressing issues of the day. theahafoundation.org/ayaan-hi…

According to @UNESCO, gender disparity in #education has changed rapidly in the last 20 years – but gender-related reasons, including #childmarriage & pregnancy, explain much of early school leaving. Read more: bit.ly/388qvQW #endchildmarriage #girlseducation