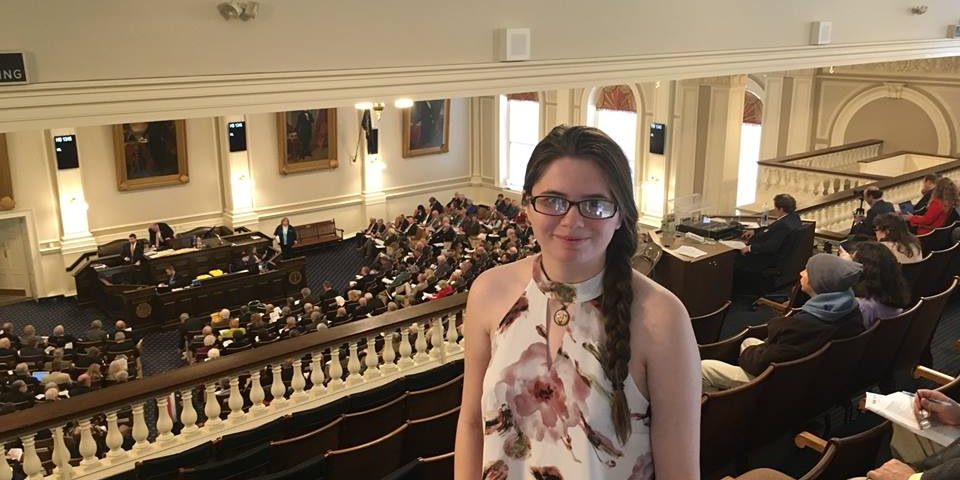 Just a few years ago Rep. Levesque was a teenager who dedicated her Girl Scout Gold Award project to ending child marriage in her state. Today, at 19 years old, she is one of the youngest elected legislators in the history of her state and continues to give everything she’s got to protect children from marriage in the United States. 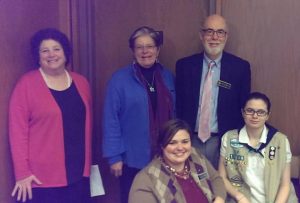 Rep. Levesque in high school as a Girl Scout working with her team to implement a minimum age to marry in New Hampshire

AHA Foundation: While in high school, you used your Girl Scout Gold Award project to work on ending child marriage in your home state, New Hampshire. Can you tell us what inspired you to work on such a big issue? What was the outcome?

Representative Levesque: One year, when I attended the Girl Scout Senior Leadership conference in Rhode Island, a representative from UNICEF spoke about human trafficking and child marriage. I was in shock that child marriage still occurred. I talked with my Troop Leader who encouraged me to research these topics more. I learned child marriage is a huge issue globally, and in the U.S., and specifically, New Hampshire! I then found out that it happened in my own family. When I look in my Grandmother’s eyes I feel this drive to stand up for young girls who are experiencing the same fear she once felt. Child marriage is a dirty little secret that society hides under the rug, and refuses to acknowledge. My mission is to pull it into the light and expose it for the abuse it is. The outcome was passion, a passion to stand up against child marriage, no matter how long it takes.

“The outcome was passion, a passion to stand up against child marriage, no matter how long it takes.”

AHA Foundation: During the course of your Girl Scout project you were only 16 years old, the age many girls are when they get trapped into child marriage in the United States. Did legislators realize that and how did they react to your advocating at such young age?

Representative Levesque: Most legislators that I spoke with did not realize that child marriage was still happening, especially in the United States. The ones that I spoke with were very supportive and willing to listen about the dangers and horrors of child marriage. Some propelled me to continue the fight, and others joined to fight alongside me. Many legislators were very glad that I had an interest, a passion for advocacy and that I was willing to step up and fight for change. Sometimes it just takes one person to start a movement to galvanize support and create a real social change. 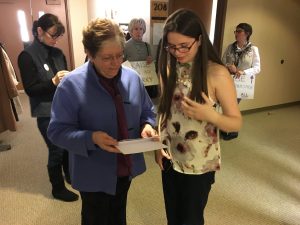 “Being one of the youngest elected legislator in New Hampshire history makes me feel empowered and honored to be part of the abolishment of child marriage in my state.”

AHA Foundation: When you were elected last year, you were 19 years old and became one of the youngest legislator to ever be elected in New Hampshire. How does that make you feel? Does it affect the way your constituents relate to you?

Representative Levesque: Being one of the youngest elected legislator in New Hampshire history makes me feel empowered and honored to be part of the abolishment of child marriage in my state. When I was running my campaign in Barrington, most of my constituents were overwhelmingly positive and supportive. They were proud that a young member of the community chose to step up and vow to represent our district’s needs. I did encounter a few people who were surprised that I was interested in politics, which was interesting to me.

AHA Foundation: Did your previous advocacy experience in high school impact your career choice to become a legislator?

Representative Levesque: My high school advocacy undoubtedly influenced my choice to run for public office. In my early high school years, I was very focused on art and not at all involved in advocacy. I was not involved in student council, and wouldn’t consider myself a “student advocate.” My whole perspective really changed when I started researching child marriage and realized that girls in my own state and country were being subjected to the mental and physical horrors of child marriage, I couldn’t just sit there are do nothing. This influenced me to step up and be the change I wanted to see in the world, starting with my local community. After helping implement a minimum age to marry in New Hampshire, I realized that I could do so much more if I ran for public office.

“Each day, even if I only educate one person, I count it a success” 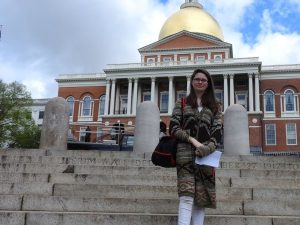 Rep. Levesque in Boston, MA participating in a chain-in protest against child marriage

AHA Foundation: You are sponsoring HB 378 which would end all child marriage. How are current efforts going?

Representative Levesque: Surprisingly, the topic of child marriage can be polarizing for some people who have outdated beliefs and do not comprehend the risks of early marriage. Through my sponsorship of HB 378, I aim to not only implement a minimum age to marry at 18 with no exceptions, but also to educate constituents and other legislators. Each day, even if I only educate one person, I count it a success. I take one thing at a time, one step at a time. I would love to say that my efforts are going well, and I hope they are but as I know from past experiences you never know where this fight will take me.

“When we fight between political parties, it’s the children who wind up losing.” 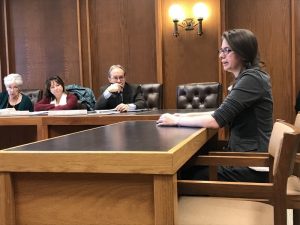 AHA Foundation: We believe that legislators on both sides of the political spectrum need to work together to criminalize child and forced marriage and FGM in the United States, to help prevent these forms of child abuse. Are legislators in your state open to crossing the party divides and working on these issues together?

Representative Levesque: In my experience, many legislators can put aside partisan politics to work together on issues like this. Marriage is a serious legal contract that should be strictly reserved for adults. I hope that citizens across the country can read this and realize child marriage is a bipartisan issue, and reach out to their legislators and urge them to take up this important issue. When we fight between political parties, it’s the children who wind up losing.

“Never forget that what you’re fighting for is more than terms and words, these are people’s lives. “

AHA Foundation: As a legislator, what advice can you give to our supporters who want to make a difference against child and forced marriage and female genital mutilation in their home state? What about advice for your fellow legislators in New Hampshire and other states?

Representative Levesque: My suggestion would be to research and learn as much as you can on the topics you are most passionate about. Education is the key to making lasting change. Go to your legislators and inform them on the dangers of child marriage and why it should be reserved for adults only. Also, never give up. Systemic change takes time and effort. There will always be upsides in the fight, but there are downsides as well. No matter what, celebrate the successes and pick yourself up, dust yourself off and get on with things. Never forget that what you’re fighting for is more than terms and words, these are people’s lives. These are the stories of survivors fighting everyday to protect others from the horrors they have gone through. They are willing to speak out to save others from this same fate. Be respectful, be courageous, and never give up.