Activist and Survivor of FGM, F.A. Cole, Refuses to be Silent About the Night She was Mutilated 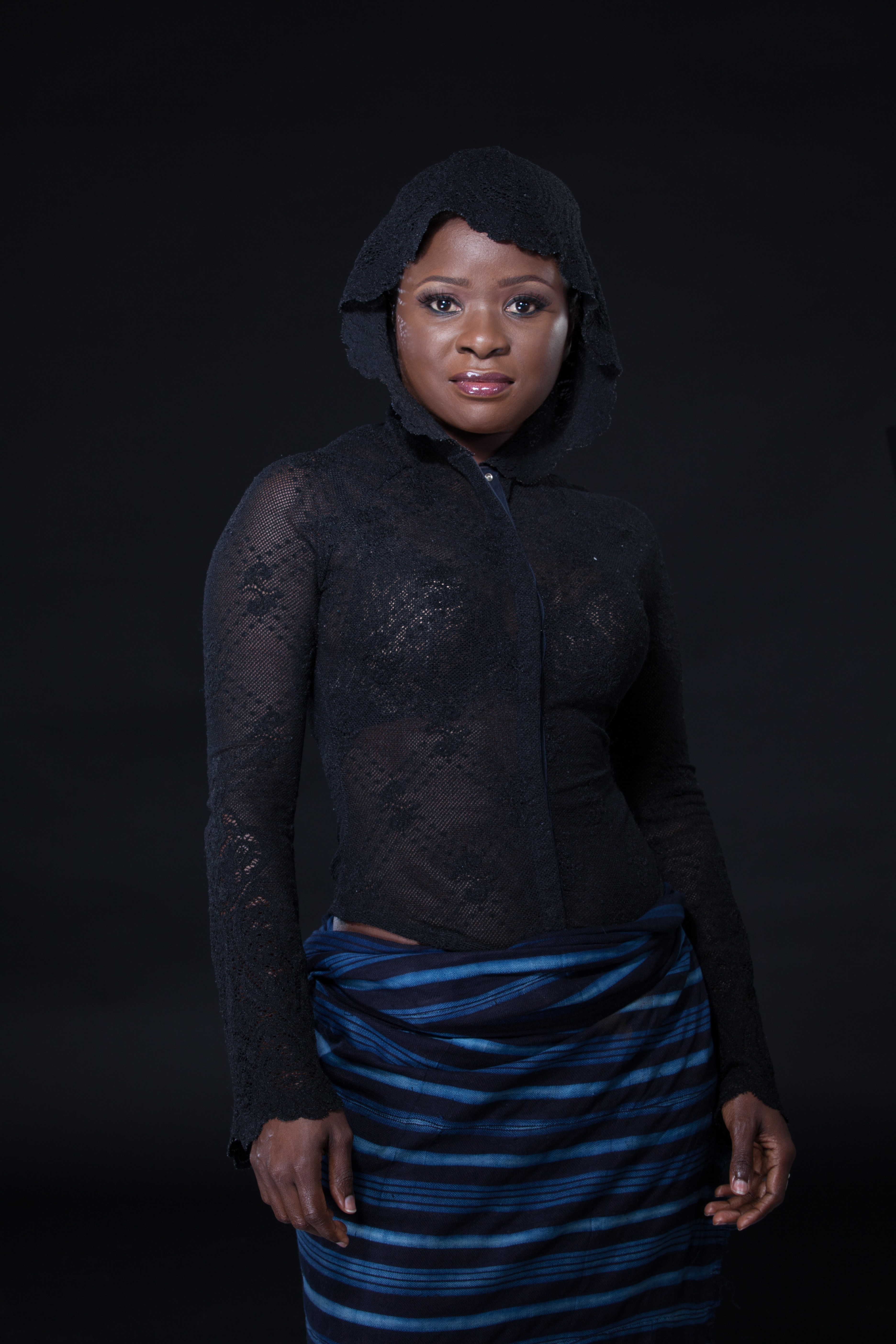 F.A. Cole is an award-winning author, speaker, and anti-FGM activist. At 11 years old, she was forced to undergo female genital mutilation (FGM). Cole grew up in Freetown, Sierra Leone, and was born and raised Catholic. She was courageous enough to share her story with us.

I’ll skip the day I was born and talk about the night I was introduced to torture and pain not meant for anyone, especially not a young child. It was August 1st, 1984 and I was only eleven years old.

A week prior, my step mother and father called me and my older sister into the dining room to have a talk. They told us we were going away “to be made into women.” I was eleven and my sister was thirteen. How on earth was this possible?

We didn’t protest much – we couldn’t, actually. Papa and our step mum had spoken and we had to do what we were told. My mum, who is Creole and not part of this demonic and gruesome society, didn’t come to our aid and I wondered why. Three decades later, I learned that Papa asked for her permission but she “didn’t care.” I asked her but she said it’s not true. Papa never discussed that issue with her.

A week after this “talk,” we packed a suitcase and headed for camp death. When we arrived, we were greeted by about a dozen women who sang traditional songs. My sister and I were instructed to go into the hut and take our clothes off, which we did. We were then told to sit under a tree while they prepared the ritual bed. After what seemed like eternity, my sister was led to the bed while I was given strict warnings not to look back.

Sitting there in fear, I obeyed, a first for me. Minutes later, my sister joined me under the tree covered in blood and eyes swollen from crying. Before I could ask why she was covered in blood, I was led to the ritual bed, blindfolded, hands tied behind my back. I was forced to lie on my back. Two women spread my legs wide open and pinned them to the ground while another, the cutter, three times my size, sat on my chest. She was then handed the weapon of death and proceeded to amputating my clitoris all in the name of tradition.

They snatched my childhood from me…

I fought, cried, shouted, and pleaded for someone to stop them as she butchered my clitoris and labia minora. Realizing help will not come, I pulled myself forward with the little strength left in me and bit her bum because she was naked. I was gagged thereafter and more women joined in to pin me to the ground as they snatched my childhood from me…

After the amputation, covered in blood, I was led to join my sister under the tree. We didn’t say a word to one another and didn’t discuss what happened to us, not until about twenty years later. Papa had actually paid these witches to mutilate and torture us for life. And as they sang and continued to drink and offered prayers to their gods, my sister and I wondered why this was done to us. We were told that it was a rite of passage from girlhood to womanhood but we didn’t receive any “trainings” on womanhood. Basically, mutilating girls is just an opportunity for these women to earn money and celebrate Satan.

No explanation was given as to why they did what they did. No one told us why we had to get up at midnight a few nights to participate in demonic activities – naked. No one told us the benefits of going to the stream early in the morning to fetch a stupid horn (not sure what animal) underwater. No one told us why we had to jump a corpse like looking thing in the middle of the night (naked). But they did tell us this: that our stomachs will swell and we’ll die nasty deaths if we ever shared any of what happened to us in that bush. Well, me being the rebellious child I was, guess what I did when we returned to school? You are correct! And guess what? My stomach is flat and I’m 44 years of age.

Having a parent lie to you, strange women pin you down and spread your legs wide open, having another woman sit on your chest while you gasp for air, and having that same woman brutally take from you something God gave you for a reason, while others sang and shouted to drown your cry for help to me is the worst form of sexual violence. I have been raped as well so I know how the two feel.

AHA Foundation: Dr. Marci Bowers recently performed reconstruction surgery on you. How has this impacted your life?

How has it changed my life? Too soon to tell but I can tell you that I feel complete and whole as a woman.

F.A. Cole: I had clitoral reconstruction on September 21st, 2017 and am still in recovery.

How has it changed my life? Too soon to tell but I can tell you that I feel complete and whole as a woman. It was during my consultation with my doctor that I learned that Type II FGM had been performed on me. For 33 years I thought it was Type I. This brought back pain and new anger which I’m currently dealing with. I do feel sensation and can tell that something is different. The feeling is good but strange because I grew up not knowing what a clitoris was and its functions, so at age 44, I’m learning about this wonderful and beautiful thing of mine called a clitoris.

AHA Foundation: Is there any advice you would give to girls who are in a similar situation as you?

A. Cole: Any advice to sister survivors? Do not blame yourself for other people’s actions. Forgive and try to live life as happily as you can. Living in unforgiveness will not help restore your clitoris. I tried it and it did not help. Yes, sex will be painful, more excruciating for some than others and there’s really nothing we can do to stop the pain, physically, emotionally, and mentally.

Talk about it if you haven’t been doing so. Sharing your story with another survivor helps ease the pain. Cry! It is okay to cry. Be part of a community that helps survivors, even if it’s just to listen and not share. The last thing we, survivors of FGM, need are people who pretend to care about what we’ve endured but are actually looking to make money off our stories. I have been used that way many a times but I will keep sharing my story to encourage others to do the same.

We may be from different parts of the world, but we are a community and you have a sister closer than you think.

Lastly, laugh! Laugh in the privacy of your home. Laugh in the shower when you’re washing your hoo-haa…it will seem strange and painful, but try to laugh, it helps. Know that you’re not alone. We may be from different parts of the world, but we are a community and you have a sister closer than you think.

AHA Foundation: What do you think has to be done to end the practice of FGM?

A. Cole: To eradicate FGM, education, love, and respect are needed. To tell a community that’s been practicing this act in the name of culture or tradition for centuries, we need to be gentle in our approach. Teaching in love, telling them that FGM serves no purpose while sharing experiences, and letting them know we respect their culture/tradition will help in winning the fight to end FGM.

To eradicate FGM, education, love, and respect are needed.

AHA Foundation: If you were training doctors or service professionals to help girls who have undergone FGM, how would you advise them to approach the issue?

F.A. Cole: My advice to health care providers, especially OB/GYN’s, is this: be gentle, be sensitive, and be patient.

We do not need to be reminded of the day our sexuality was brutally restructured nor do we need pity. We do, however, need healthcare providers to understand that we were forced to undergo FGM and we are ashamed of the appearance of our anatomy. I was. Choose your words wisely and never use us as a specimen; we hate it. If a patient of yours feels comfortable to share, listen without interrupting. Most times, we just need someone to listen. We do not trust women who do not share our experience so, do not force us to share with you if we do not want to.

We are grateful to F.A. Cole for being willing to share her story with us. To learn more about F.A. Cole you can visit her website here, and her autobiography Distant Sunrise – The Strength in Her Pain to Forgive is available here.