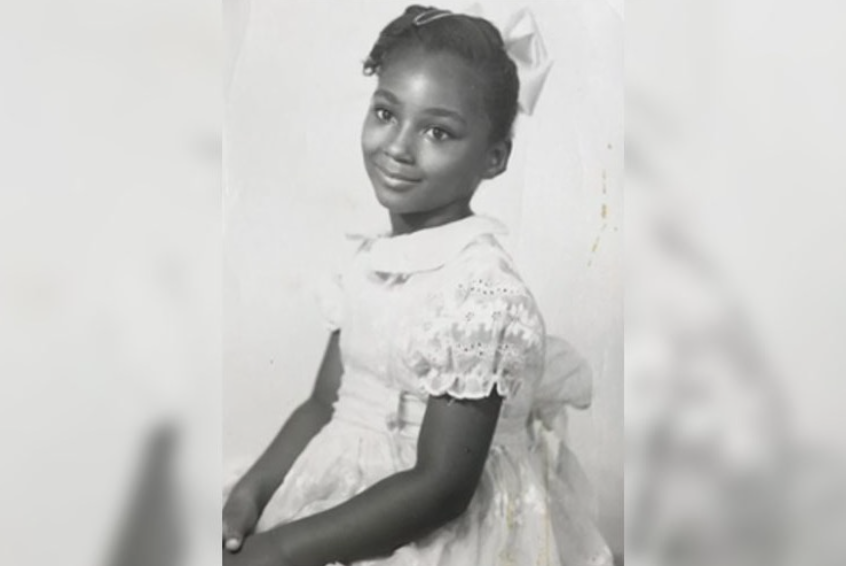 Sherry Johnson is the founder of Svon Foundation, an organization advocating against child marriage in the U.S., and is the author of “Forgiving the Unforgivable”.

My name is Sherry Johnson. I was raised and still live in Florida. That is where I survived child marriage. This is my story.

An abused child and the state of Florida

I was eight years old when I was raped for the first time by a man who worked at my mother’s church; this continued for the next year until I became pregnant at nine years old. At the age of 10, I gave birth to my first child. Child welfare authorities began investigating my family and church as a result, and my mother insisted that the only way to quell their inquiry was for me to get married to my 20-year-old rapist. This terrified me – I had no idea how to be a wife, I was just a child.

The first government clerk we visited refused to grant us a marriage license due to my age; by this time I was 11 years old. I felt relieved. I did not want to get married – the consent in my marriage was entirely one-sided. Unfortunately, this initial refusal didn’t stop them. We drove to another county where the clerk did grant us a wedding license.

In my eyes, not only my family, but also the whole state of Florida, sanctioned child marriage by allowing an 11-year-old to marry a grown man.

In my eyes, not only my family, but also the whole state of Florida, sanctioned child marriage by allowing an 11-year-old to marry a grown man. Nobody ever asked me if I wanted to be married, if I was scared, or if I “loved” the man I was forced to marry. All they needed me to do was sign a piece of paper saying that I had a child.

After this, my husband moved in with my mother, her husband, our child, and me.

The life of a child wife

We lived in my mother’s home for the entirety of our so-called marriage. Our relationship was extremely unhealthy. My husband was largely absent and was never there for me emotionally. I was forced to stay home and take care of my child, while learning how to be a wife at the age of 11. I never even finished elementary school.

By the time I was 17, I had six children. With no prior work experience or proper education past elementary school, finding a job was extremely difficult. Any job that would hire me did not pay enough, and I had my kids at home to worry about. I was stuck in a cycle of depending on others for resources and had no financial independence.

I eventually moved out to housing authority with my children; by then, my husband disappeared again, as he always did every time I got pregnant. I knew that I had to somehow get out of this situation and, after a prolonged search, I finally met an attorney that felt compassion for my circumstances. He defied state bar rules that would have prevented him from offering me assistance and worked successfully in getting my divorce granted by the court.

I was a child raising children.

I was never able to complete my schooling; with six kids it was difficult balancing my home life with education. I was a child raising children. In many areas of my life, I felt I was stagnated; and I am still feeling the aftereffects today. I was extremely alone and struggled with many health issues, both mental and physical. I felt betrayed by my own family and had no trusted adult to confide in. Child marriage is a form abuse that carries many consequences – consequences that often plague victims well into adulthood.

Experiencing these traumas inspired me to help others. I want to protect every child from the feeling of emptiness and hopelessness that child marriage brings. My first project was creating a email and hotline to report child abuse in 2012. This served as an an outlet for those who needed to speak with and seek help from others. Knowing that potential victims and survivors had an option to talk with someone helped fuel me to keep fighting.

I want to protect every child from the feeling of emptiness and hopelessness that child marriage brings.

From there, I published my novel in 2013, which details my life story and experience in a forced marriage. Releasing this book allowed my journey to be heard in every corner of the U.S. and shed light on child marriage in our country. My next step was advocating for heightened legal protections for children. No child should ever be forced to marry. Someone has to step up and bat the ball, and I felt like this was my responsibility since I was aware of the damage that this form of abuse causes. It was something that I felt strongly about.

I started my legislative advocacy in 2013. For many years, legislators shut the door in my face. They questioned my story and denied that my experiences happened. This didn’t stop me, because I had a mission and passion for those children who had no way out. Eventually, someone finally went back and did their research and realized I was telling the truth: Florida allows children to marry adults. After this, legislators were very open and receptive to requests to work on legislation that would change state marriage law. They eventually enacted SB 140, which strengthened the protections around child marriage, but it still allows 17-year-olds to marry in certain circumstances.

We want every leader that is in place, legislators, any leadership…to understand that they need to protect our children

I hope that I, with other nonprofits, such as AHA Foundation, can go across the nation and advocate for greater protections for children. My goal is to end child marriage across the nation, no child should be married. We want every leader that is in place, legislators, any leadership that is in control of law-making and changing laws, to understand that they need to protect our children. In addition to advocacy, education and awareness is needed because communities in the U.S. are unaware that this is happening right under their nose.

Don’t allow your issue to dictate your future…

If you are suffering in a marriage you were forced into, I encourage you to speak to someone about your issue. Don’t allow your issue to dictate your future, deal with it and move forward. There are others who will be put in the same situation as you are, and they will need help. Seek out help and we will support you. That’s why I do what I do, I want others to speak out and help the children who will be put in the same situation after you. If we all speak out and speak up, we can help end child marriage and support each other.