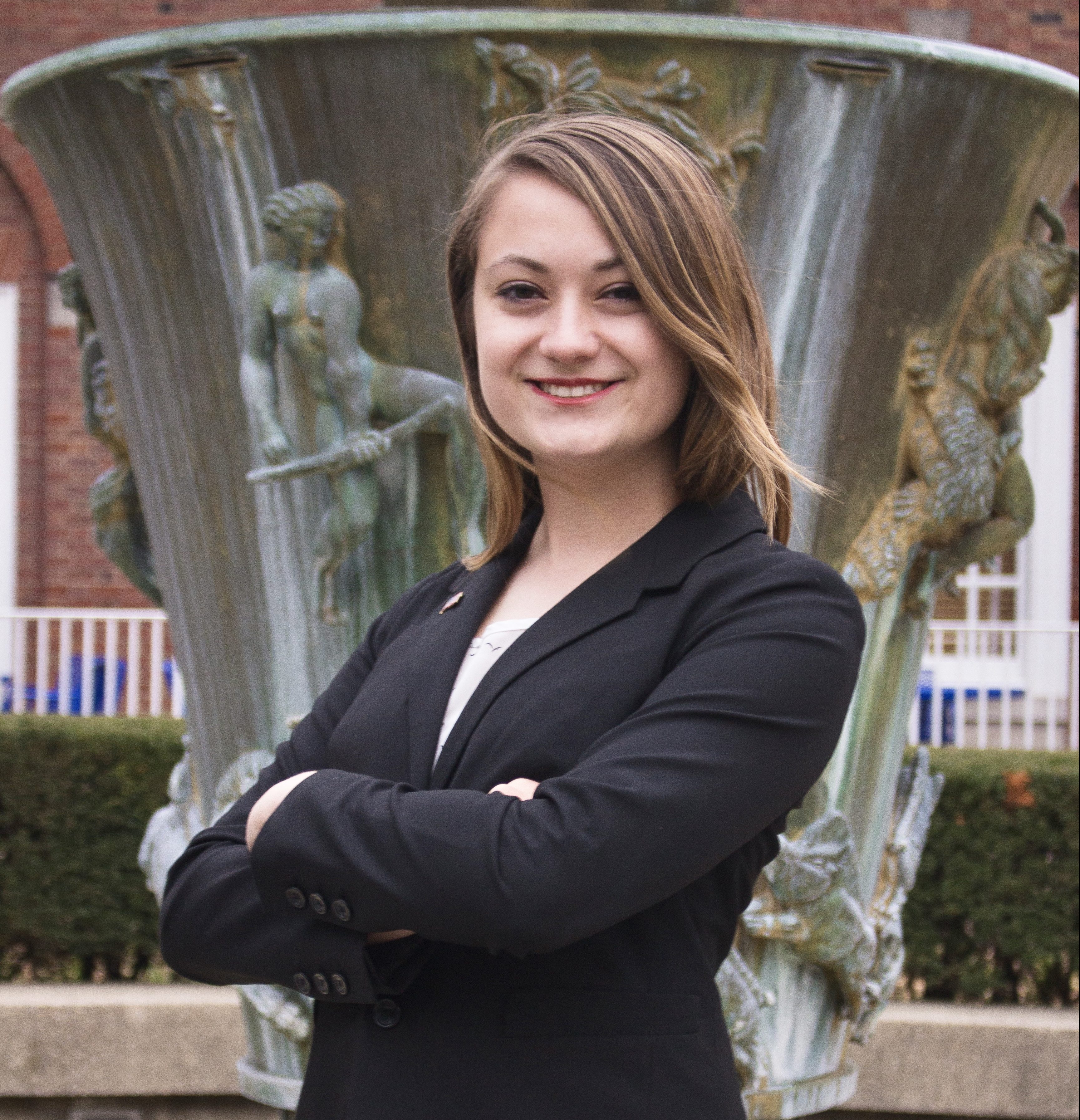 Madeleine Hubbard is a rising junior at the University of Illinois, Urbana-Champaign studying Journalism and Political Science. In January 2018, she became a fellow of the Critical Thinking Fellowship (CTF), the AHA Foundation’s Campus Program. The CTF program aims to strengthen liberties on campuses across the U.S. by helping student leaders host impartial debates and events about cultural, religious, and policy issues.

This past year, Madeleine hosted a CTF event featuring Yasmine Mohammed on her campus, which you can watch here. Below, Madeleine discusses her experience as a CTF fellow.

Even as a small child, I wanted to make a positive impact. I would close my eyes, blow out the candles on my birthday cake, and wish for world peace. Quickly, I learned that most people were simply unaware of problems in society and that education is the first step to encouraging action to better the world.

I discovered Ayaan Hirsi Ali when I founded a Human Rights Club my sophomore year of high school. She became a strong female role model for me. When I began my sophomore year at the University of Illinois at Urbana-Champaign, I noticed that campuses across the nation were denying people the right to speak freely, especially on my campus. I wrote an op-ed for the school newspaper titled, “Free Speech Needs to Be Protected.” Julia O’Donnell, the campus coordinator for the AHA Foundation read my op-ed and contacted me about applying to be a Campus Fellow. I shouted for joy when I opened Julia’s email about the position and applied. I was so thankful to have this amazing opportunity.

“The Critical Thinking Fellowship is helping me build a solid base for my future career and explore different areas of human rights while developing my critical thinking skills.” 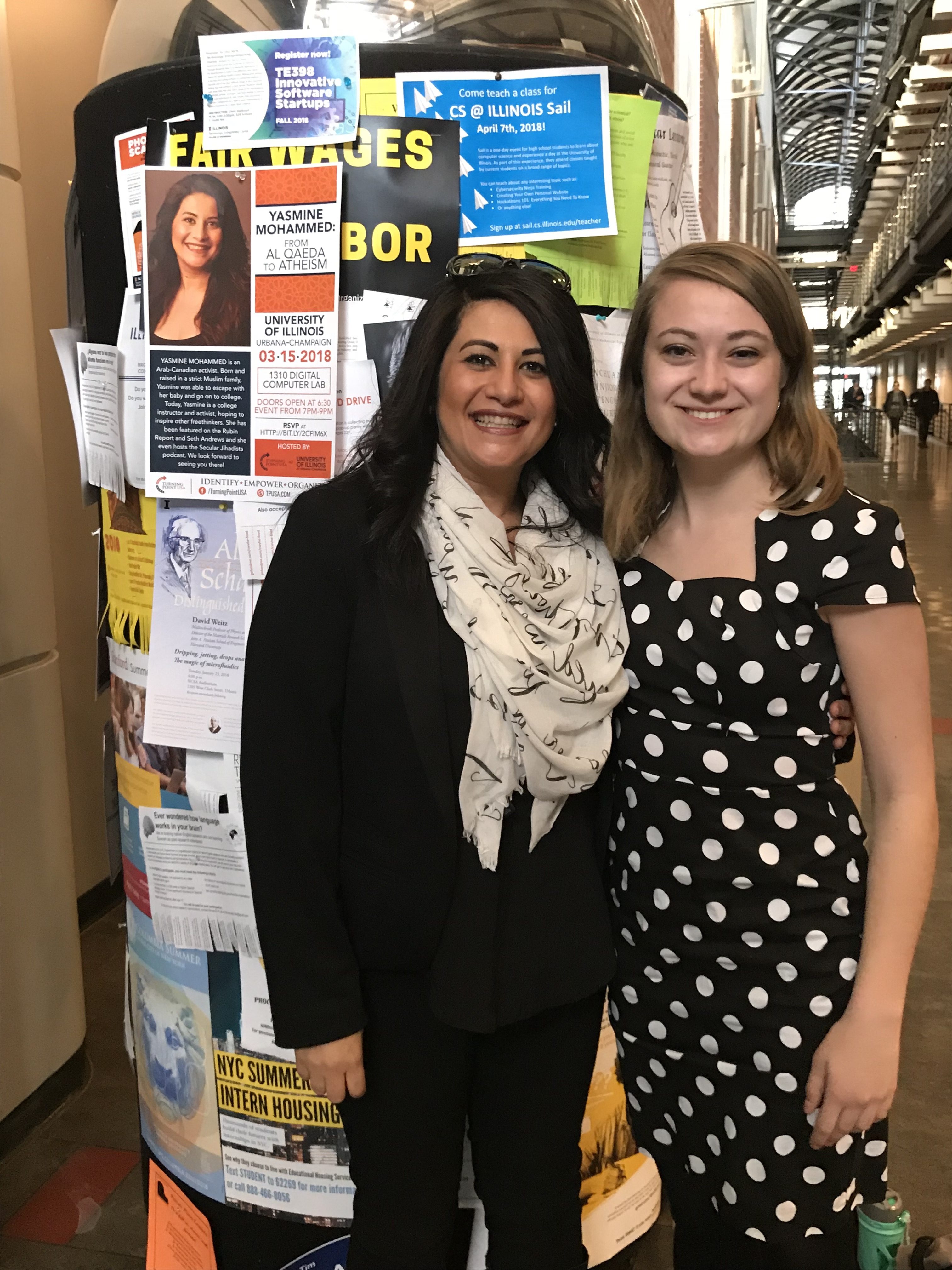 When I tell people on campus about my work for the AHA Foundation and Ayaan Hirsi Ali, I typically hear three answers: “Who’s that?,” “That’s so cool!,” and a response of anger that I am a Fellow, supporting someone like Ayaan Hirsi Ali who is vocally in support of religious reform. As an independent woman at a public university advocating for freedom of speech and thought, I am used to all of these reactions.

This spring semester, as a fellow of the AHA Foundation’s campus program, I organized and hosted a speaking event with Yasmine Mohammad at my university. Yasmine is a survivor of a forced marriage with a man who was a member of Al Qaeda. Yasmine now works to spread hope to ex-Muslims and freethinkers around the globe. Her talk was titled “Yasmine Mohammad: From Al Qaeda to Atheism.” Even though the talk was scheduled a few days before the start of a spring break, and most students had already left the campus, the event was one of the most successful events my club hosted that semester. People with differing viewpoints and backgrounds attended the event to have a constructive conversation.

“The first person to speak during the Q & A took the microphone right out of my hands and ranted about how Yasmine’s views on Islam were wrong.” 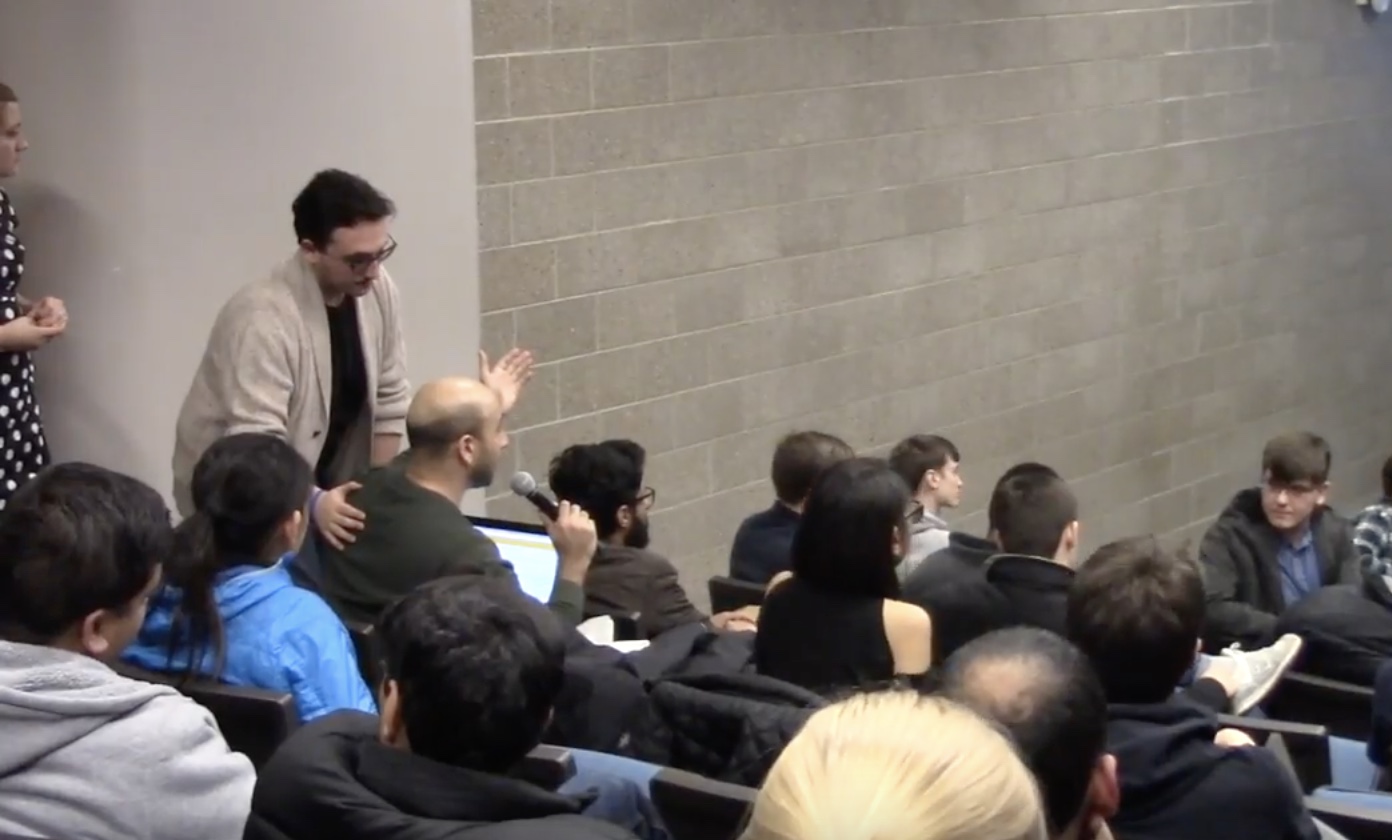 Angered by Yasmine’s lecture, an audience member takes the mic during the Q & A

While Yasmine’s talk was successful, it was also difficult to host. First, students tore down promotional flyers during the time leading up to the event. At the event itself, some people were very supportive of Yasmine while others were quite argumentative. The first person to speak during the question & answer took the microphone right out of my hands and ranted about how Yasmine’s views on Islam were wrong. A few other people attempted to do the same, but Yasmine made it clear that this was a time for questions, not speeches. After that point, people became far more respectful. Professors and students at the event came up to me afterwards saying how much they enjoyed the event.

“Even though it is difficult at times, it is so rewarding being a Campus Fellow.”

Currently I am earning a dual degree in Journalism and Political Science with a minor in Arabic. My passions include supporting education and interfaith cooperation, studying the U.S. Constitution, and fighting against human trafficking and domestic violence. I hope to move on to law school and ideally practice international human rights law. The Critical Thinking Fellowship is helping me build a solid base for my future career and explore different areas of human rights while developing my critical thinking skills.

The AHA Foundation and the Critical Thinking Fellowship is for anyone who cares about free-thinking, ideological diversity, and human rights. Even though it is difficult at times, it is so rewarding being a Campus Fellow.

The opinions stated above are those of Madeleine Hubbard and do not necessarily represent the views of the AHA Foundation.

We are looking for more student leaders at U.S. universities to help start a conversation on their campuses about human rights, and to spur action to protect important freedoms being stifled in the United States and across the globe today. Find more information about the program and how to apply here.

Sign up for our monthly newsletter to be among the first to find out about upcoming discussions and events organized by our Campus Program fellows. Follow us on Facebook and Twitter to watch campus events live.