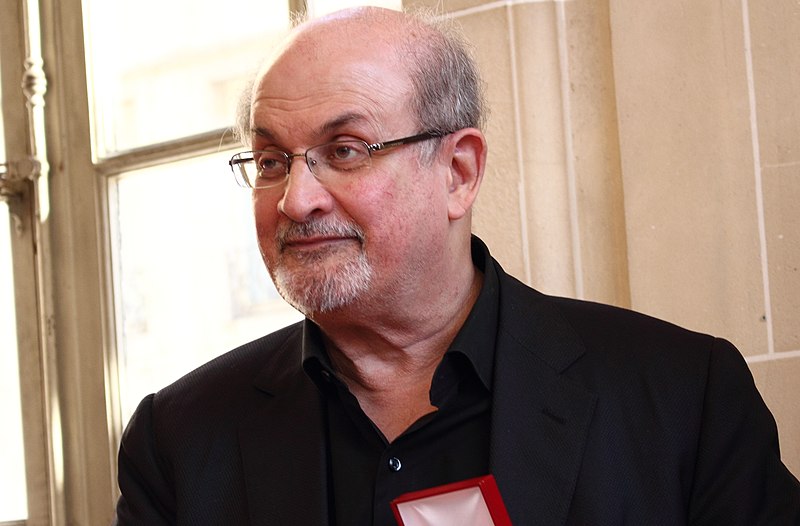 I am sure that, like me, you are still processing the shock and horror at the news of the attack on Salman Rushdie at the Chautauqua Institution, New York. When I saw it, I felt sick to my stomach. Imagine: a writer preparing to give a lecture to a crowd of readers is brutally stabbed in the neck. How could this happen? Why?

There are still few facts on the motive of the attacker, but we all know that Salman Rushdie was given a death sentence by the Iranian Ayatollah Khomeini in 1989 for the crime of writing a novel, The Satanic Verses. Rushdie did not shy away from his ideals, despite the serious threat to his life: no, he persevered, continuing to write while championing free speech and opposing tyranny, including, especially, Islamist tyranny.

Whether or not today’s attack is linked to the fatwa or The Satanic Verses, we have been shown just how fragile our precious freedoms are. If a writer can’t speak at an educational center without being attacked, then we are all at serious risk of losing our right to free speech.

As Rushdie has said many times, freedom of speech means the freedom to blaspheme, to offend. And no amount of offense justifies a violent response. Without free speech, our humanity is diminished. As he wrote in 1991: “Free speech is the whole thing, the whole ball game. Free speech is life itself.”

Rest assured that, whatever the facts of this horrendous attack, we at AHA Foundation will remain resolute in championing these ideals. With our friends and allies the CLARITy Coalition of ex-Muslims, Muslim reformers, activists, and more, we will oppose the Islamist tyranny that has so blighted the life of Salman Rushdie—and the lives of far too many others.

This attack underscores how important it is to defend our precious values and I, for one, feel a renewed commitment to that task alongside the anger and the grief.

Meanwhile, and above all, solidarity to Salman and his loved ones. I hope desperately that he pulls through.