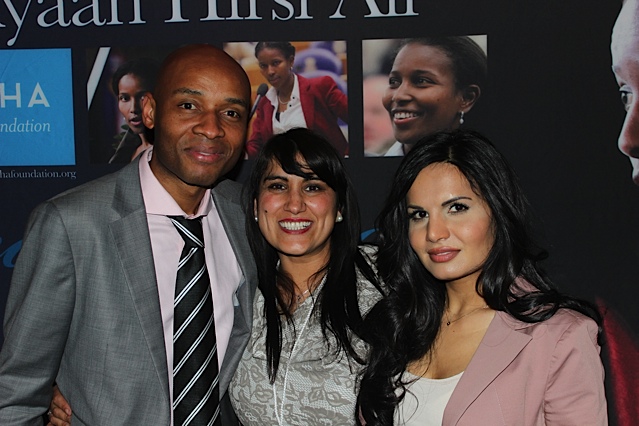 AHA Foundation staff have been hard at work during the first months of 2012 and we are pleased to report on our recent projects and accomplishments.

Our legislative efforts are successfully gaining traction.  We continue to receive positive feedback from federal legislators on our Violence Against Women Act proposal and have met with the offices of interested senators and representatives.  On the State level, we are thrilled to report that New Jersey State Senator Weinberg introduced our Female Genital Multilation bill.  That bill has now been introduced in both houses of the New Jersey legislature and appears to be on a track to passage.  A state legislator in Louisiana has also recently introduced an FGM bill.

We have initiated a substantial research project with The John Jay College of Criminal Justice that seeks to quantify the incidence of honor killings in the US, and forced marriages and FGM in New York City – something that has never before been done.  The honor killing portion of the study is moving along well and we expect to have at least preliminary results by early summer.  Additionally, we met with the students working on the forced marriage and FGM studies and are very impressed with the team.

We have identified a number of opportunities to provide training to law enforcement and child protective service professionals on honor violence and forced marriages and are working to create training materials on these topics.  This program will be a primer on these issues and provide basic information and best practices for handling cases of honor violence and forced marriage.

In February and March, we made significant progress toward creating a pilot national forced marriage hotline.  We are in contact with non-profit organizations from both the US and the UK, with whom we are planning to partner.  We are hopeful that this pilot will be up and running later this year.

Our Research Director has completed a nearly final draft on a report on Sharia law.  The report describes why Sharia law is problematic from the perspective of women’s rights, explains why there is cause to be concerned about Sharia in the United States and other European countries, and proposes legislative remedies to prevent a proliferation of Sharia law. The report also analyzes what exactly Sharia is and why it tends to be resistant to change.

We continue to connect girls that contact us for help to appropriate services.  We recently helped a girl connect with a pro bono lawyer to help her avoid a forced marriage.

Last week, we attended the Women in the World Summit in New York City.  The AHA Foundation has been listed on the Women in the World Foundation website as a Solutions partner, which is a great spotlight for us.  As part of the conference, we hosted a cocktail party last Thursday evening to celebrate International Women’s Day and launch our new HONOUR products.  To date, we have an HONOUR tote bag, tie, pink and white candles.  The cocktail reception was a major success, particularly in the caliber of guests who attended.  We were thrilled to host Jasvinder Sanghera, founder of Karma Nirvana; Chaz Akoshile, Joint Head of the UK’s Forced Marriage Unit; Phyllis Chesler, honor violence scholar; and Sabatina James, forced marriage survivor and founder of Sabatina EV.

We have begun planning our Annual AHA Foundation Conference, which will be held in New York City at the end of September.  Last year’s conference was a huge success and we are looking forward to an even bigger and better event this year!

We couldn’t do all of our important work without your support.  To help us continue in our fight against the oppression of women and girls, please consider making a donation or purchasing one of our HONOUR products today.