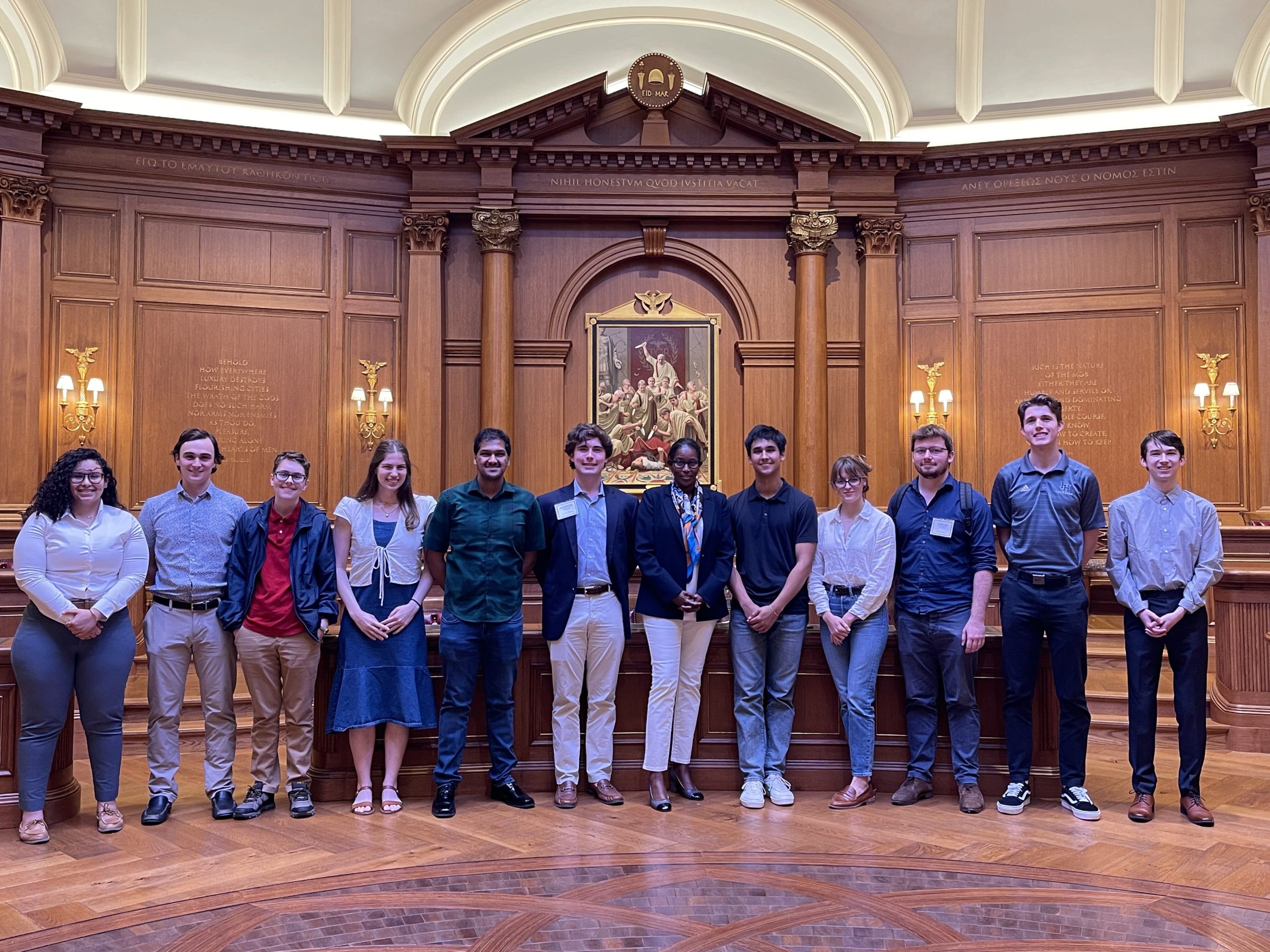 Ayaan and her students in the Debate Chamber of the Pavilion in the Old Parkland campus.

In June, our Founder Ayaan Hirsi Ali taught a class about free speech and critical thinking for UATX (aka the University of Austin) Forbidden Courses Summer Program 2022 in Dallas, Texas. By imparting knowledge and nourishing the intellectual curiosity of young minds, Ayaan is playing a part in the pushback against illiberalism in our society.

UATX is a new university, currently seeking accreditation, founded by academics and writers dedicated to the fearless pursuit of truth, where free speech and open inquiry is championed over authoritarian, narrow, and limiting ideology. As well as being a teacher there, Ayaan is on UATX’s Board of Advisers. The 2022 summer program brought undergraduate students together with leading thinkers to discuss and debate the most important and controversial issues facing society today.

An AHA staff member attended as a teaching assistant in Ayaan’s class. Below, she recounts her experience.

This trend has contributed to the spread of identity politics and the shrinking of the space for civil discourse and open inquiry on and outside of college campuses.  Through her work, Ayaan not only seeks to raise awareness about this problem, but also plays an active role in finding ways to address it.  The Forbidden Courses Summer Program 2022 that took place in Dallas, Texas earlier this month has given her such an opportunity.

The two-week program was envisioned and masterfully delivered by UATX. It brought together undergraduates from elite schools in the U.S. as well as Canada and western Europe to discuss and debate the contentious topics of our time. Students also had an opportunity to meet and learn from leaders from tech, business, entrepreneurship, engineering and education. 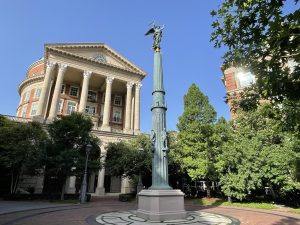 Parkland Hall, one of several new buildings in The American Experiment at the Old Parkland campus that celebrates America’s founding ideas.

Classes took place in The American Experiment part of Old Parkland, the historic Dallas landmark that was expanded into a business campus. The American Experiment area of the campus is filled with statues of de Tocqueville, Benjamin Franklin, and others, mixed in with Greek columns and ancient Roman and Greek quotes. Students’ conversations before and after classes also took place in this setting that inspires visitors to reflect on American founding ideas and values. 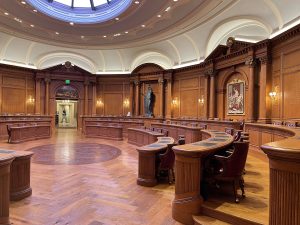 The Debate Chamber of the new Pavilion in the Old Parkland campus.

In Ayaan’s seminar, titled Critical Thinking and Freedom of Expression, students learned the fundamentals of critical thinking and logic and practiced them through debating. Debate topics included whether or not Islam is a religion of peace, whether or not transgender women are women, and whether or not marriage is best for raising children. For each topic, extensive reading material was assigned that provided examples of public disagreements for students to use during debates. In class, students had an opportunity to play the role of debaters and also of those who listened to debates to identify fallacies made by debaters. It was inspiring to see these young people engaged in civil debate on such sensitive issues. They did it thoughtfully and with immense respect. They were grateful for the exchanges and what they learned from each other. 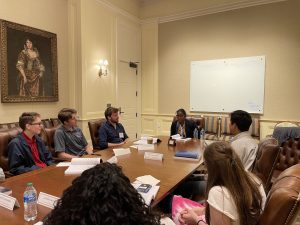 Ayaan engages with her students.

Many students expressed how thankful they were for the opportunity to debate the issues that they often do not feel comfortable or safe to bring up on their own college campuses. They asked Ayaan to share with them information about her life and work. Ayaan told students that it is difficult to describe what it means to live in an unfree society to those who have not experienced it. She noted how hard it is to convey how it feels to know that you could be pushed out of your home, lose your money, and be locked up. She spoke about being concerned that people are not talking to each other in America anymore and are afraid to speak their minds. She said that this could lead to the “closing of the American mind.” She encouraged students not to give away their freedoms and to lead by example, to show that open inquiry is essential and valued.

Through her role as one of the advisors, Ayaan has been helping shape the future of UATX, which promises to “reclaim a place in higher education for freedom of inquiry and civil discourse.” We are proud of our Founder’s contributions to building a new generation of free thinkers, which is echoed in AHA Foundation’s own campus program, the Critical Thinking Fellowship. UATX will welcome the first class of students in the Fall of 2024.

Our universities need a revolution: Ayaan Hirsi Ali on her summer course in UnHerd

Find Out More About UATX

@Uldouz check this out! Go Michiganders and let your legislators know that you want them to ban #ChildMarriage in #Michigan twitter.com/ahafoundation/…