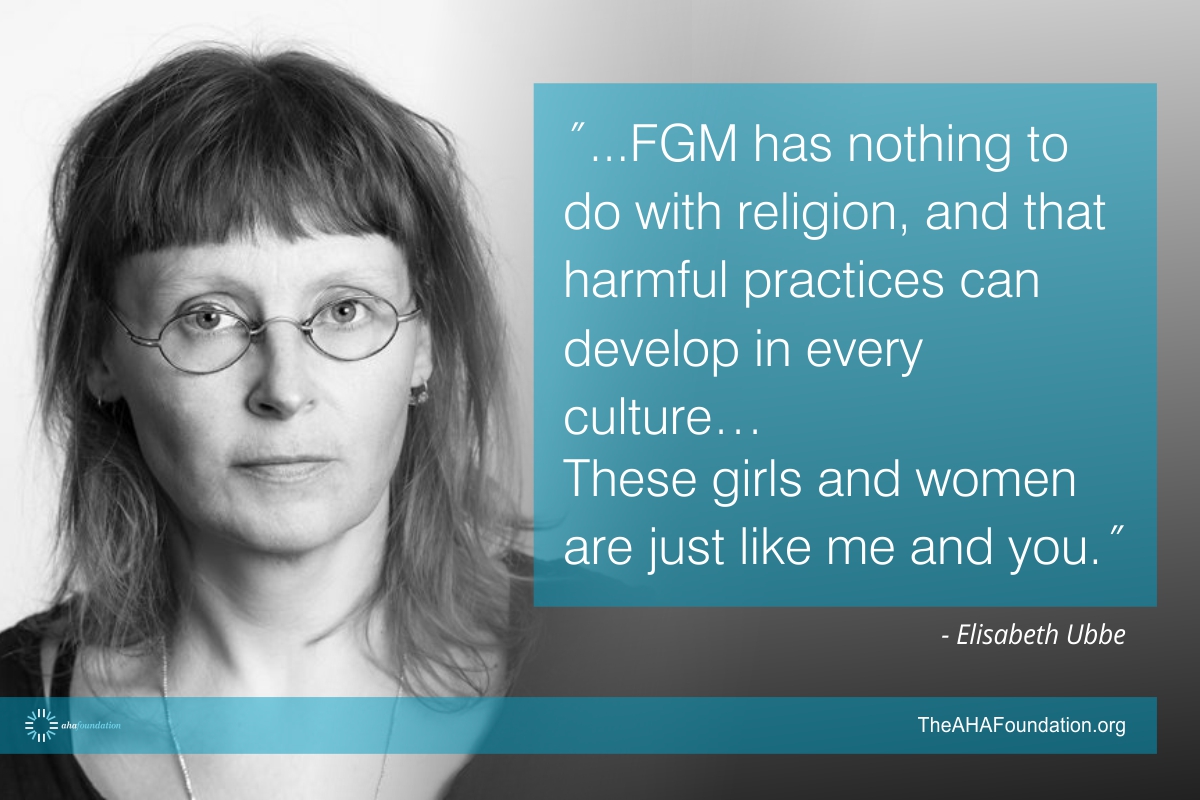 “Harmful Cultural Practices” was a panel featuring award-winning Swedish photojournalist and former midwife Elisabeth Ubbe, as well as AHA Senior Director Amanda Parker on a panel in our fellow’s class on human rights at Vassar College. The panel primarily discussed female genital mutilation (FGM), but also touched on child marriage and forced marriage. The class was opened to all education majors, attracting 15 students. This event made a huge impact on those in attendance, demonstrated by the professor’s feedback: she was shocked to hear that FGM was still happening in the world and said that she, a professor who specializes in human rights, had stopped teaching it in her classes because she thought it had “been resolved in the ‘90s.” She was very grateful that we brought this important issue back to her attention and to that of her students. This panel was followed up by an evening lecture by Ubbe which was open to the public.

Not Comfortable with How Female Genital Mutilation is Shown in Photos, A Swedish Photographer Applies a New Approach