Ani Zonneveld and Blair Imani at the University of Michigan, “Minority Muslims in the Media” 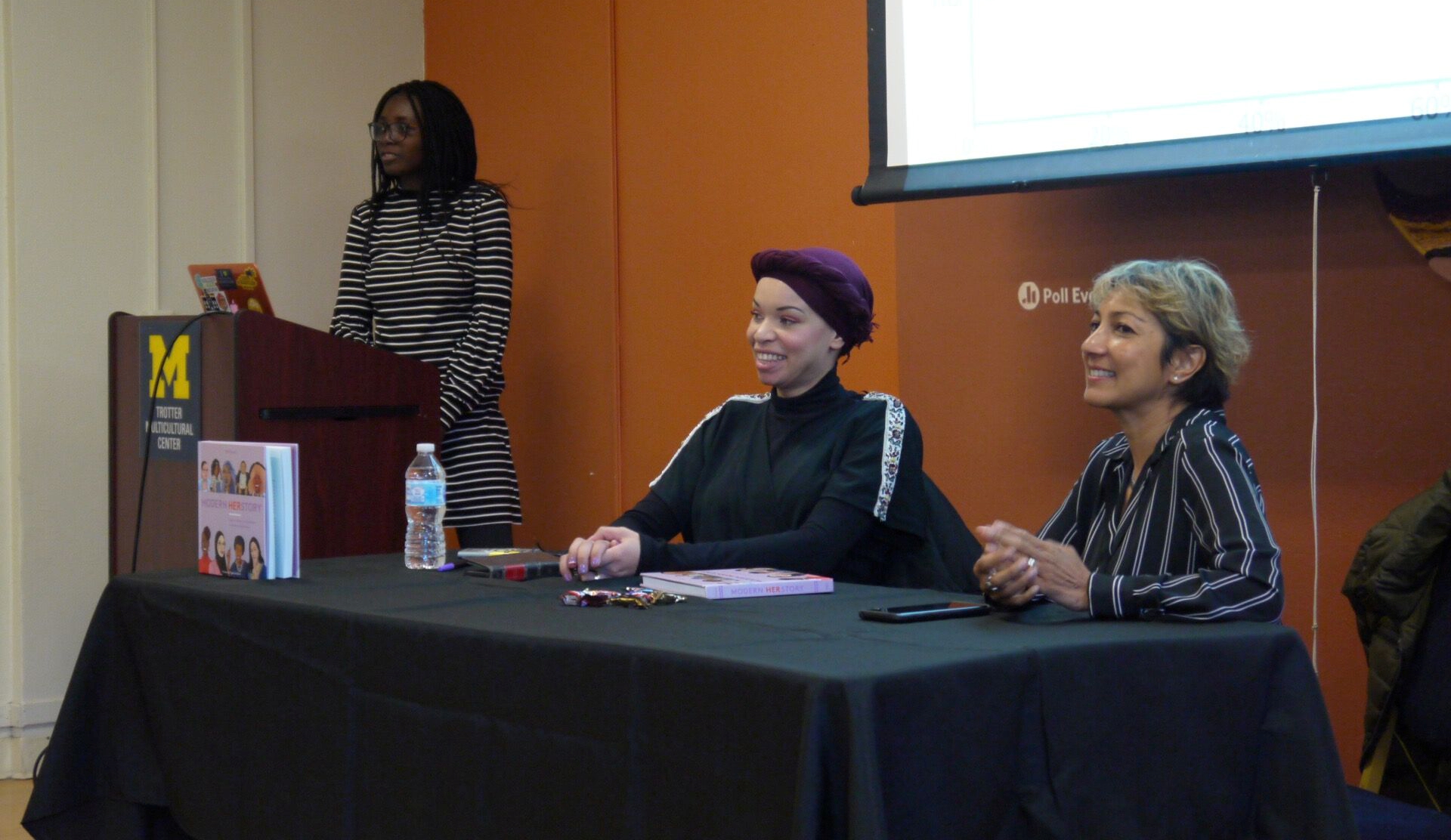 Event Description: “Minority Muslims in the Media” was a discussion of representation of Muslims, specifically women, in the media with Ani Zonneveld and Blair Imani*. This discussion was moderated by Critical Thinking Fellowship Fellow Halimat Olaniyan at the University of Michigan – Ann Arbor.

Blair Imani is a convert to Islam and a queer, light-skin Black Muslim woman. She is also the founder of Equality for Her, a nonprofit educational platform for women and non-binary people, and the author of Modern Herstory, a book highlighting narratives of women paving the way for more women to be themselves.

Blair and Ani were asked to answer questions related to how media representations of Islam shape perceptions and affect their daily lives.

Blair spoke about how people treated her as a convert to Islam, then later as a queer Muslim woman and the expectations of the media. Many saw her as an outsider and others tokenized her expecting her to represent all queer, Muslim women. She spoke about her experience of being both hated and prized for her identity.

Media Coverage: “Minority Muslims in the Media” from the Michigan Daily