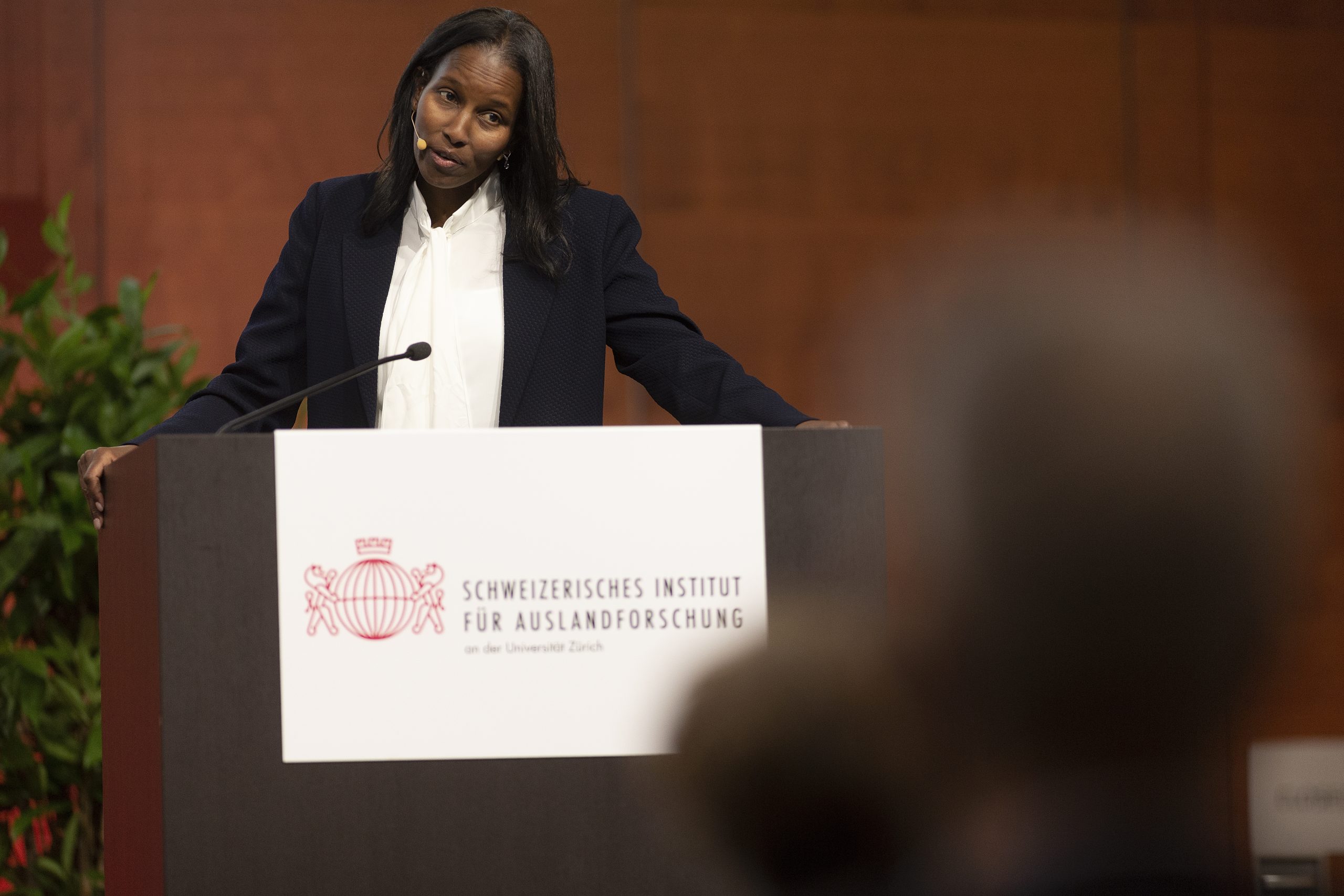 Below, we have reproduced Ayaan’s acceptance speech in full. You can find the link to the original PDF here. Below the speech, you can find a video to the ceremony, including the eulogy for Ayaan and the discussion that followed her acceptance speech.

First, I would like to thank the Frank-Schirrmacher-Stiftung for choosing me as this year’s recipient of the Schirrmacher Preis. I am incredibly honoured to be here with you today.

Unlike many of you here, I sadly didn’t have a chance to meet Mr. Frank Schirrmacher. The only way for me to intellectually engage with him is by familiarizing myself with his thought-provoking, gripping, and incredibly farsighted books and articles.

Now, looking at the challenges that Europe and the world face today, I can only imagine with what great passion and determination Mr. Schirrmacher would stand up to the voices of discord in the West. He was a defender of the open society, through the written word but also through civic engagement.

In Wake up Call for Europe Tech, Mr. Schirrmacher argued that “Europe should be more than just a source for the software of ego crisis, loss of identity, despair, and Western melancholy; we should be helping write the code for tomorrow.”

Now, looking at the daunting challenges we face it’s hard to believe that these words were written 22 years ago in the year 2000. I take Wake up Call for Europe Tech as a prophecy of the grim future of Western civilisation – that is if we fail to resist the looming threats to free speech, human rights, our history and culture.

I came to Europe in 1992. Back then it was a place full of optimism. The Soviet Union was defeated, and the Berlin Wall had come down. Radical Islam was not a major subject of Western debate and China was still relatively speaking unremarkable.

Western leaders and in particular the leaders of Europe were confident that the world would come to embrace freedom, equality, tolerance, pluralism, the free market and the rule of law. They intended to promote these ideals and values through soft power: trade, diplomacy, development aid, and collaboration. 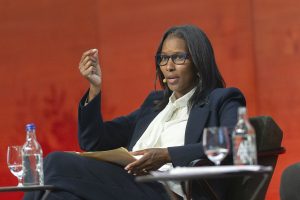 Thirty years later and here we are back to the gloomy days of the Cold War. Vladimir Putin’s senseless war on Ukraine has got us talking more and more about the possibility of a nuclear confrontation with him.

China’s rapid economic rise and its prosperity has not led to peace but the opposite. Xi Jinping is now a dictator like Mao. There is serious talk of his intentions to invade Taiwan. Our Western economies are so enmeshed with those of China and Russia that we have no clue how to stop these authoritarian leaders without shooting ourselves in the foot.

In many European countries the failure to get a grip on immigration is causing voters to turn to far right and populist parties.

Islamism is entrenched in countries like France and Sweden to the point that commentators talk not only about terrorist attacks but outright civil war. The emancipation of women and gays is challenged by this Islamism and on a backward slide.

In America we are absorbed by culture wars and narratives pitting groups of people against one another along lines of race, gender, sexual orientation and class. Inflation is making these matters worse, and our cities are shaken by violent crime and mass shootings.

It seems as if Frank Schirrmacher’s prophecy of our “loss of identity” is coming to pass. Technological advances have led to regression and confusion. We are falling back towards tribalism and social media has given us an unmooring of our youth.

I accept this award tonight honored, humbled and grateful. The only way I can honor Mr. Schirrmacher’s memory is to remain hopeful. It is to fight for what is right. It is to oppose what is wrong. It is to express courage and to commit to safeguarding our societies for future generations.

Thank you for gracing me with the Schirrmacher award. 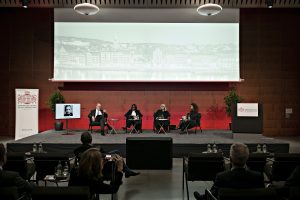