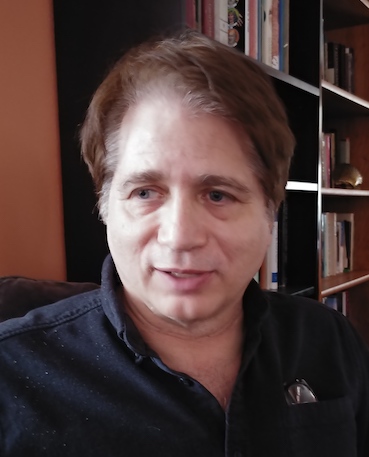 Michael Cavallo is a Massachusetts resident and local climate change activist. He saw his state was lacking protections against child marriage and female genital mutilation and decided to make a change. Michael reached out to his legislator and set up a meeting to discuss the topics. Hear about his experience below.

Michael: I first noticed Ayaan Hirsi Ali when she began her political career in the Netherlands. After this, I was very interested in her accomplishments and decided I wanted to learn more. My admiration for her grew stronger after reading her book Infidel around 2007. Her story and strength resonated with me and motivated me to do more about gender-based violence. I became a supporter of the AHA Foundation in 2015 and have been donating since.

“Her [Ayaan] story and strength resonated with me and motivated me to do more about gender-based violence.”

AHA Foundation: What was your reaction when you learned that your state, and many others, do not have adequate laws to protect children from marriage and female genital mutilation (FGM)? Why do you think this is still the case?

Michael: I was horrified, of course. Living in Massachusetts, we always think of our state as progressive and usually on the frontlines of pushing for necessary legislation in whatever area, but not on these issues.

I think some legislators are worried that if they ban what some consider “cultural practices” that they might be attacked as being racist or anti-minority. This ignores the fact that many leaders in minority communities themselves are on the frontlines struggling to end child marriage and FGM. We must stop putting women and girls at risk of these practices for the sake of political correctness. The overarching concern should be consent, and the victims are too young to consent to their victimization. Imagine being a child and being forced to marry a much older man!

“This ignores the fact that many leaders in minority communities themselves are on the frontlines struggling to end child marriage and FGM.”

AHA Foundation: What inspired you to reach out to your legislator about ending child marriage in Massachusetts?

Michael: I was browsing the list of states that had passed bills ending child marriage, and those that had failed to do so. To my distress, I saw that Massachusetts still hadn’t passed a bill to protect children from potential forced marriage. I began my preparation of looking over materials and facts to help bolster my argument as to why we need to prioritize this law in Massachusetts.

I then reached out to my state representative, who is fortunately on the crucial House Ways and Means Committee. I emailed AHA Foundation and asked for the contact person for the Massachusetts campaign and they referred me to Emily Hajjar who was extremely helpful. I asked her for the bill number, language, and legislative history and she briefed me thoroughly. So when I met with my State Rep, I came armed with facts and logic to back up what I urged him to do.

I was very pleased that he came out in support of both the bill to ban child marriage and the bill to ban FGM right away. I sent him an email summarizing our conversation and later I sent him an email asking about progress. He replied that the FGM bill was moving along, but that child marriage bill was still stuck in Ways and Means. He then promised to write a formal letter to the committee chair, a friend and ally of his, urging a favorable vote on the bill.

“To my distress, I saw that Massachusetts still hadn’t passed a bill to protect children from potential forced marriage.”

AHA Foundation: What is your advice to supporters who are thinking about reaching out to their state legislators? How can they be more effective in their efforts?

Michael: My advice would be to make sure you are prepared. Take the time to read about the consequences of child marriage and FGM before you go meet with someone. State Senators and Representatives deal with hundreds of bills on a large variety of topics, so sometimes they need help understanding why yours is important. I think, like most American’s, legislators can be lacking crucial information that can help them understand how necessary these laws are.

It’s best to come armed with the bill number, and facts and figures about your state and community. If you can, have other community members who are involved come with you because it can help with securing a meeting. I lead a local climate change group, so I am known in the local community. But I’d urge anyone, regardless of background, to try to arrange similar meetings. Our representatives want to get re-elected and it’s important to get our voices heard. The more of us that do this, the more responsive they will become.

If you live in Massachusetts, please take a moment to reach out to your legislators about supporting the bill to ban FGM here.