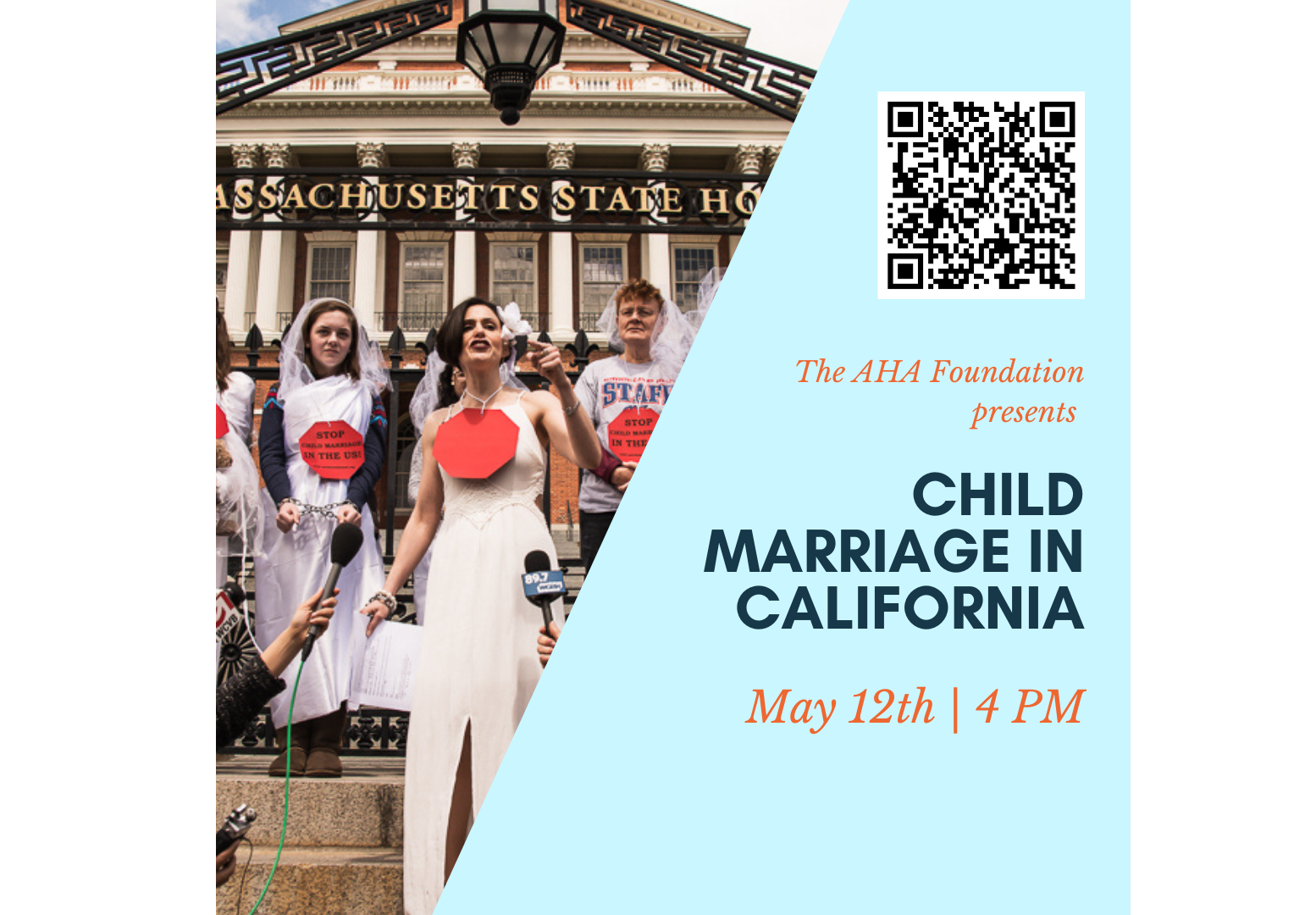 Both speakers introduced themselves and how they became involved and interested in ending child marriage. In an interview style format, the CTF fellow asked Fraidy Reiss and Amanda Parker a series of questions about the dangers of child marriage and the frequency of its occurence in California, and the United States, at large. Both speakers explored how legislation can protect children from this human rights abuse, common loopholes that allow for children to be forced into marriages, and obstacles often encountered when attempting to implement a minimum age to marry at 18 years old. The last few questions of the interview centered on personal advocacy and action-steps the audience can take to make a difference in their communities.

After the interview was finished, the discussion shifted to an audience question and answer session. Throughout the event, the audience was engaged with the speakers and eager to ask questions. Towards the end of the event both speakers shared personal experiences that kept them motivated in the fight against child marriage. By the event’s conclusion, each audience member left with concrete, action-steps they could employ in the fight against child marriage.