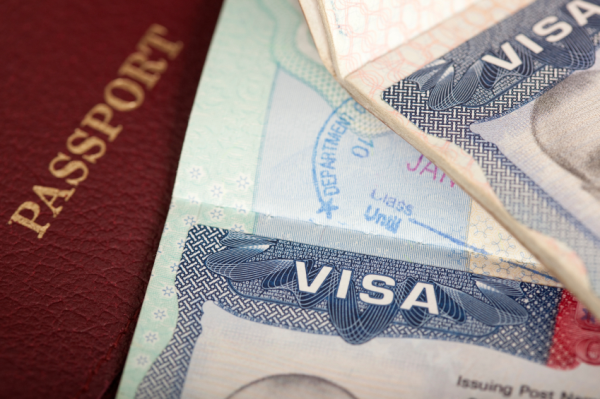 Immigration reform has become one of the most partisan issues being debated on Capitol Hill and promises to be an important issue in upcoming elections. There is one glaring loophole that needs to be closed, however, and it is one that should garner bipartisan support: setting a minimum age for sponsoring a foreign-born spouse for citizenship. The AHA Foundation believes that the absence of such a provision is being exploited by those who would force American girls into early and unwanted marriages.

In the last several years, service providers across the United States have reported thousands of instances of forced marriage involving women and girls from traditional immigrant communities. Girls who resist or refuse these marriages may be subjected to physical and emotional abuse, confinement in the home, or even death at the hands of family members.   Further consequences of forced marriage include increased rates of infant and maternal mortality, rape, domestic violence and suicide.

While the reasons for forced marriages are myriad and complex, a key factor is often the prospective immigration benefit to a foreign-born spouse.  Indeed, marriage remains the most common path to U.S. residency and citizenship for foreign nationals. Between 2002 and 2011, more than 2.7 million foreign nationals gained lawful permanent resident status through marriage to a U.S. citizen.

As it currently stands, there is no minimum age provision for a U.S. sponsor filing a petition for a foreign-born spouse.  While the required affidavit of support can be submitted by anyone over eighteen, this does not need to be the spouse petitioner herself.  In effect, this means that teenage girls with U.S. citizenship may serve as vehicles through which families secure immigration status for individuals in their home countries.

In her recent op-ed in the Wall Street Journal, Ayaan Hirsi Ali says that “the Tsarnaev brothers are emblematic of the divided loyalties of our times” and calls for immigration reform that would better screen those who would immigrate, swearing an oath of loyalty to the United States, only to commit crimes in the name of fundamentalist religious ideals. As we have seen nationally in the Boston Marathon bombings and other terrorist attacks, it is dangerously easy to say one thing and believe another. And while forced marriage is not as gruesome or sensational as a terrorist attack, both are antithetical to the values that naturalized citizens swear to protect when they take the oath of allegiance.

Ayaan writes, “It is a wonderful truth about America—one of its powerful attractions for millions of immigrants like me—that you may think and say whatever you wish as long as you do not act on your beliefs in a way that harms others.” This is the beauty of our nation and our system of government. But as we discuss immigration reform and consider what we want our nation to look like for future generations, we must think long and hard about making sure the people who are given citizenship are true citizens: individuals who are here not to infringe on other people’s liberties but to pursue their own.

As Congress moves forward with immigration reform, we must be careful not to exclude groups based on race, religion, sexual orientation, or any other arbitrary measure of identity. We should, however, consider how to better screen and interview candidates about their intentions and reasons for coming to the U.S.  Throughout this screening process, immigration officials must be alive to the problem of forced marriage and the reality that girls in the United States are being used as green card proxies.

As Congress addresses the task of comprehensive immigration reform, let them start by guaranteeing young women the rights promised to them by this country, either through birth or naturalization. Let us not aid their families and communities in denying them the freedoms their government gives them.  The first step towards addressing the problem of forced marriage is simple and straightforward:  Congress should enact a minimum age requirement of eighteen years for a sponsoring spouse in any package of comprehensive immigration reform legislation.  While a provision of this nature will not solve the problem of forced marriage or the exploitation of U.S. citizens for immigration benefits, it will help reduce instances of early and forced marriage, and reinforce America’s commitment to eradicating these abuses.