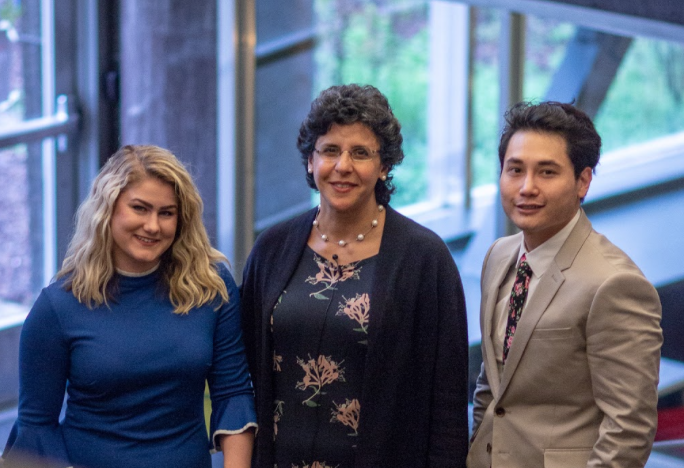 Julia O’Donnell joined the AHA Foundation as Critical Thinking Unit (CTU) Campus Program Coordinator in late 2017, during the launch of the program. Thanks to the support and commitment of AHA Foundation donors fueling Julia’s tireless efforts, this program’s growth has surpassed all expectations. It started at only six universities and is now spread out across 24 campuses including Harvard, Stanford, Duke, and Columbia.

As Campus Program Coordinator, Julia helps CTU fellows to alert and activate students about dangerous traditional practices and the Muslim reformation movement in the U.S. and Canada Julia and campus fellows work together to bring ex-Muslims, Muslim reformers, and scholars from many fields to speak at events on their campuses.

Read Julia’s reflections below on the first year of CTU program and its impact across campuses in the U.S.

Differing ideas, especially those pertaining to free speech, women’s and LGBTQ+ rights in Islam, and the abuses of militant Islamic sects, are absent.

Differing ideas, especially those pertaining to free speech, women’s and LGBTQ+ rights in Islam, and the abuses of militant Islamic sects, are absent. In an effort to fill this dangerous echo chamber, just a year ago and in partnership with Ideas Beyond Borders, the AHA Foundation founded the Critical Thinking Unit (CTU) campus program, which was envisioned by our Founder, Ayaan Hirsi Ali. With support from its donors, Ayaan foresaw the AHA Foundation connecting with students across North America and empowering them to introduce discussions that promote liberty for all and challenge the dangerous ideology of Islamism.

CTU hosted 17 events on ten campuses within its first year. With all 17 of our events, we have been able to share Ayaan Hirsi Ali’s ideas and Enlightenment values, such as respect for human rights and free speech, with well over 156,000 people! Thanks to this amazing outreach, the program has also started to cultivate a fast-growing, nationwide network of college students who are passionate about defending human rights and the freedoms guaranteed in the U.S. Constitution. These students have become activists working to spark challenging conversations on their campuses with the goal of inspiring more activists to fight the dangerous ideology of Islamism and promote liberty for all.

With all 17 of our events, we have been able to share Ayaan Hirsi Ali’s ideas and Enlightenment values, such as respect for human rights and free speech, with well over 156,000 people!

When I joined AHA, there were only six CTU fellows. I’m so excited and proud to share that we now have 25 fellows across North America! CTU has had tremendous growth over the past twelve months, but it has also made a tremendous impact. 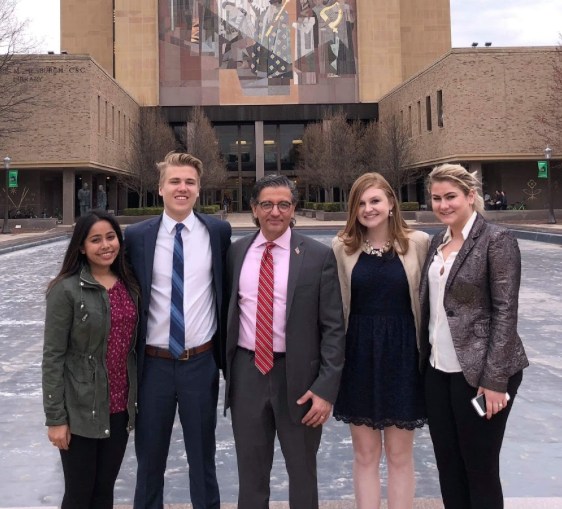 Julia O’Donnell with Dr. Zuhdi Jasser and student leaders at the University of Notre Dame.

For example, an event that took place in spring of 2018 at Duke was featured in four articles in the student Duke University newspaper, and also received coverage from national outlets due to ideas and discussion it sparked. In this event, the speaker, Dr. Zuhdi Jasser, a medical doctor, activist, and a practicing Muslim, stressed the important role of Muslim-Americans in countering extremism, both violent and non-violent.

Another event had quite unexpected and far-reaching international impact. Dr. Elham Manea spoke at Princeton University about her own journey out of radicalization. Prior to her lecture, she was interviewed by the third most-watched pan-Arab station, Al-Hurra, after they learned about the lecture. Al-Hurra aired her interview and clips from her lecture on their TV station and shared them on their website, reaching tens of thousands in the Arab world.

Some students have taken on championing freedom of expression on their campuses, especially as it relates to minorities within the Muslim community and those persecuted by Islamists.

But aside from these exciting national – and international – impacts, the passion of our dedicated fellows has led to tremendous change on individual campuses as well. Some students have taken on championing freedom of expression, especially as it relates to minorities within the Muslim community and those persecuted by Islamists. Others have focused their efforts on promoting the rights and protection of girls and women from harmful cultural practices like female genital mutilation (FGM) and child marriage. One event at Vassar college, during which the speaker warned about the dangerous practice of FGM in the U.S., caused a professor, a guest in the audience, to question her curriculum. This professor, a human rights specialist, confessed she believed FGM was an eradicated practice and, after the panel, shared her plans to reintroduce the issue into her courses. All of our students are now strong voices introducing challenging discussions which were completely lacking on their campuses before. 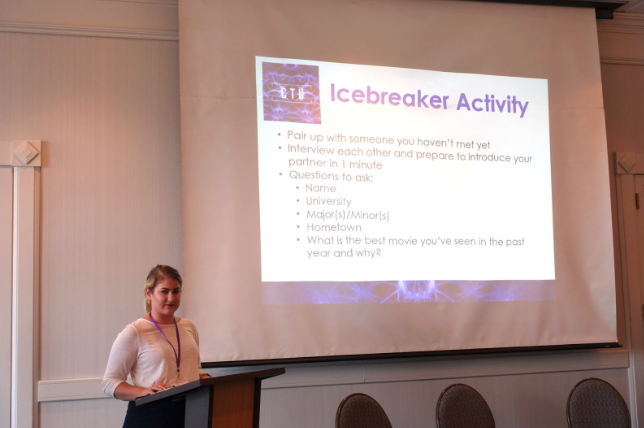 Julia O’Donnell leading an activity at the 2018 CTU training.

It has now been a little over a year since AHA began the Critical Thinking Unit campus program. In that year, we have grown immensely – both in size and depth – and seen real changes begin to shape discussions on campuses across North America. However, our work towards liberty for all is far from over – we need the continued support of our incredible team of fellows, campus influencers, and our generous and dedicated donors and supporters to keep up this important fight.

However, our work towards liberty for all is far from over – we need the continued support of our incredible team of fellows, campus influencers, and our generous and dedicated donors and supporters to keep up this important fight.

theahafoundation.org/trapped-… As we enter a new decade, we are celebrating by remembering some of our best moments in the 2010's. Read this blog about the brilliant and strong @YasMohammedxx and her journey to freedom.