Cutting Away the Sexual Ferocity of Babies; A Blog by CTF Fellow on Zero Tolerance Policies for Female Genital Mutilation (FGM) 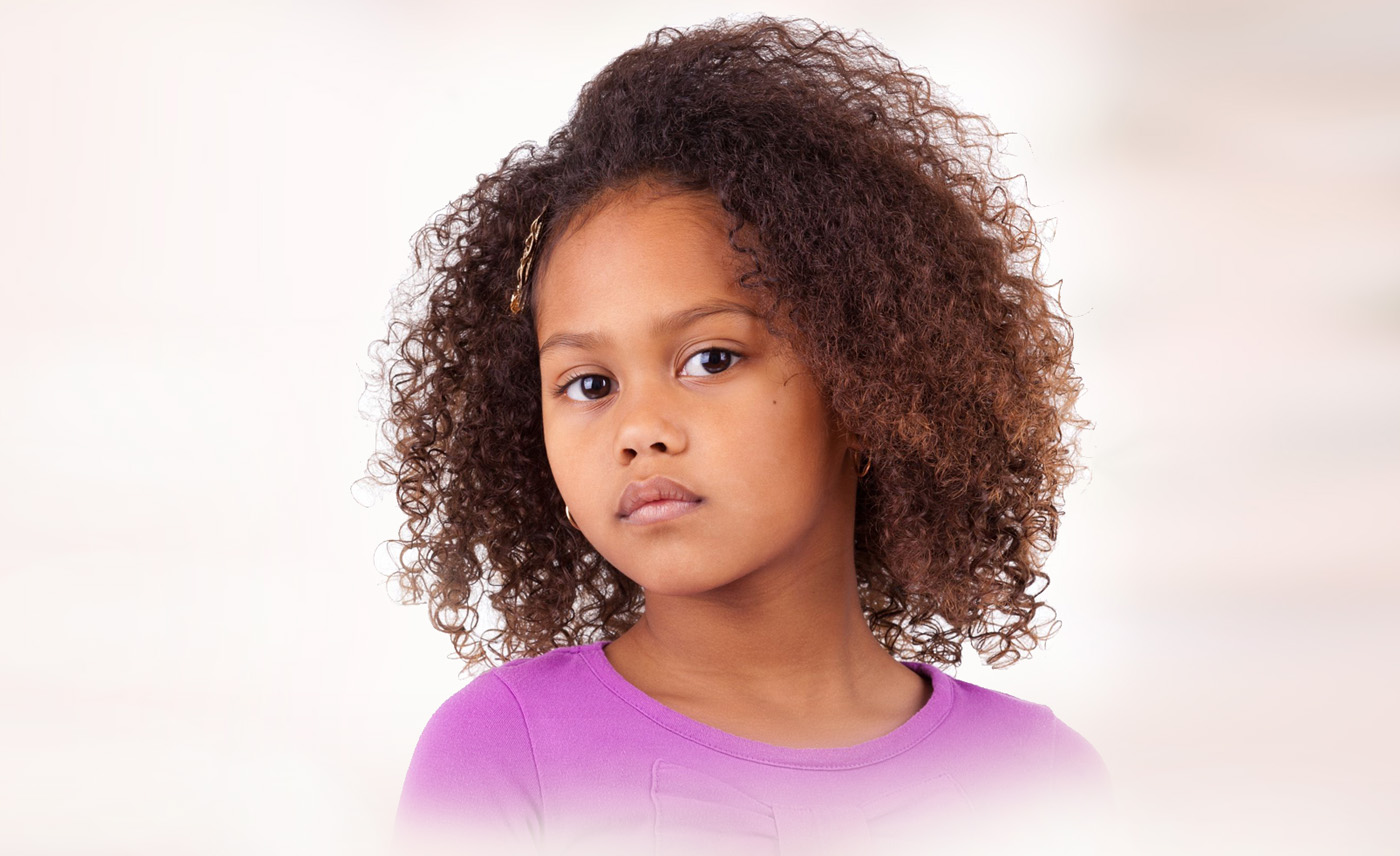 Grace Roebuck is a junior at Vassar College and a fellow of AHA Foundation campus program, Critical Thinking Fellowship. An advocate for women’s equality and rights, she has always been fascinated with women’s rights, especially the intersection with human trafficking, honor violence, and female genital mutilation, which inspired her to found an organization at Vassar, The Underground, which raises awareness of and fights against human trafficking.

You know what they say about young, prepubescent, baby faced typically female children: their sexuality and promiscuousness is out of control!

Promiscuous children? Is that not a narrative you’re familiar with? Well unfortunately, it’s more common than you would think and exists in many parts of the world, including the United States.

The perceived remedy to reducing the sexuality of young women and girls? Female genital mutilation (FGM).

“The perceived remedy to reducing the sexuality of young women and girls? Female genital mutilation (FGM).”

The process of FGM can range from a single prick of blood from the clitoris to cutting off the labia minora, clitoris, and labia majora, typically with an old rusty razor blade or shard of glass. What’s left of the vagina is then sewn up to be a tiny hole the size of a coin to let out menstruation and urine and, eventually, a baby. Aside from being lethal, FGM can cause extreme pain, bleeding, fever, infections, urinary, vaginal, or sexual problems, and lifelong psychological scars. If you’ve ever had a child or witnessed one being born, imagine its head fitting through a hole the size of a coin. In childbirth, often the baby, the mother, or both end up dead.

This is not something to take lightly. 98% of women in Somalia, 91% in Egypt, 96% in Guinea, over 500,000 women and girls in the United States, and many more across the world have undergone or are at risk for FGM in this current moment. And, yes, those numbers are only increasing.

But if this practice is so harmful, then why would people still cut little girls around the world? In many communities, FGM is a display of deeply rooted gender inequality and is seen to have social benefits that outweigh the lifelong physical and psychological trauma.

“In many communities, FGM is a display of deeply rooted gender inequality and is seen to have social benefits that outweigh the lifelong physical and psychological trauma.”

It is not the men who tie down these children, but the mothers and grandmothers who also underwent FGM. Despite knowing all too well the certain pain and uncertain death it may cause their children, these women believe FGM is the only way to ensure that their child will get a husband and remain in good community standing.

Female genital mutilation is seen as the best way to control a woman’s sexuality and ensure her ‘virginity’ prior to marriage. Some believe male sexual pleasure will increase only as women’s sexual pleasure decreases. One survivor of FGM even described her first account of penetration as feeling as if she was repeatedly stabbed with a very sharp blade as the skin on her vaginal opening ripped back open.

FGM is also often seen as an essential part of the young girl’s ascension into womanhood.  Community myths falsely claim an uncut clitoris will grow to the size of a penis and that cutting the clitoris will enhance fertility and improve newborn survival rates. Finally, FGM is also done for economic reasons. As I mentioned previously, FGM is seen as essential for marriage. High gender inequality leads women to only be able to survive and become economically stable through a husband. The mothers and grandmothers view the pain and suffering of FGM as a better alternative to homelessness and ultimate starvation. They want, what any mother wants: what is best for their child.

“Female genital mutilation is NOT the equivalent of male circumcision.”

Female genital mutilation is NOT the equivalent of male circumcision. The equivalence would be saying a man cannot marry a wife and thus survive in society until he chops off his penis (or maybe just half and his testicles, too), sews up the hole, and just leaves some space for pee and sperm to dribble out. Sound crazy? Well it is. So why does this seem absurd to do to men but not to women?

At this point, you might feel nauseous, defeated, or may even be experiencing psychosomatic phantom sensations of FGM, but it’s important to recognize there is a movement against FGM and many agencies and legislators working to end it, particularly within a U.S. context.  But we still have a lot of work to do.

Twenty-two states have yet to criminalize FGM. Of those states who have FGM legislation, about 19 have adequate but not superb legislation, eight need some strengthening or have inadequate legislature, and only one, Michigan, has very strong existing legislation.

However, even Michigan has fallen. Its most recent ruling was on a case concerning nine minors around the age of 7 who had their legs forced open and were cut by Dr. Jumana Nagarwala in a clinic in Livonia, Michigan. FGM was outlawed under the Commerce Clause of the Constitution, but the Judge saw this ruling as unconstitutional because he did not consider FGM as a “commercial activity.” In throwing out the case, the Judge allowed Nagarwala and her accomplices as well as parents who brought their girls to Nagarwala on the false pretenses of a ‘girls’ weekend — to walk free.

“How can we stop this from happening? We must support zero tolerance of FGM. Zero tolerance policies toward FGM provide strict legal justification and incentive to NOT cut young girls and babies.”

How can we stop this from happening? We must support zero tolerance of FGM. Zero tolerance policies toward FGM provide strict legal justification and incentive to NOT cut young girls and babies. It is through these laws that the international community and United States will not only be able to prevent FGM but will also make a statement that the United States will never be a place where we allow female genital mutilation to happen to our children. We must set an example for the world, that anyone has the social mobility and access to support themselves without dependency on any partner. We must send the message through legislation, authorities, and consequences that the United States will not allow FGM to occur within our borders. We need to show the world that mutilating a child, despite their cries and immense suffering, is not the road to economic security nor is it in the best interest of the child.

Some non-profits, such as the AHA Foundation, are also making great strides to end FGM. But how can you – just one concerned person – help end FGM within the U.S.?

Tell EVERYONE: Your friends, family, one-night stands, and strangers; unfortunately, many people still don’t know this happens right under our noses.

Change the narrative: Denounce the myths that lead to FGM.

Address the underlying causes of the Issue: Address issues such as gender inequality and economic opportunities for women.

DO NOT be silent: Once one falls silent, they fall complicit, and the death of an innocent child from a groundless mutilation is one of the worst crimes to have on one’s conscious.

Choose to be brave. Choose action over silence. Choose the well-being of a child over pseudo-science, sexual repression, and myths. Choose to stand with us today, on February 6th, 2019: The International Day of Zero Tolerance for Female Genital Mutilation, and everyday thereafter to never again lie silent to the insurmountable crime of female genital mutilation.

*The author recognizes that not all affected by this issue may identify as female, but, most often FGM affects women and girls.

The opinions stated above are the participant’s themselves and do not necessarily represent the views of the AHA Foundation.