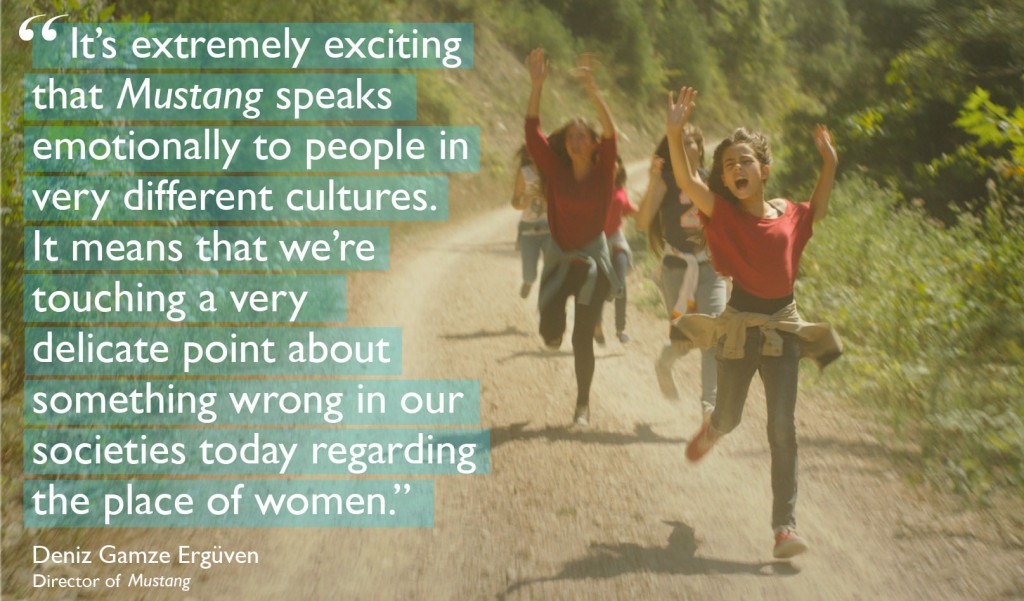 Vulture interviews Deniz Gamze Ergüven, director of the Oscar-nominated film Mustang. The film tells the story of five Turkish teenage girls and their imprisonment by family members after an afternoon of playing with some local boys. A movie that is, according to the director, “shaking up…public debate”, it is a story of the search for freedom in the face of entrenched notions of honor and propriety.