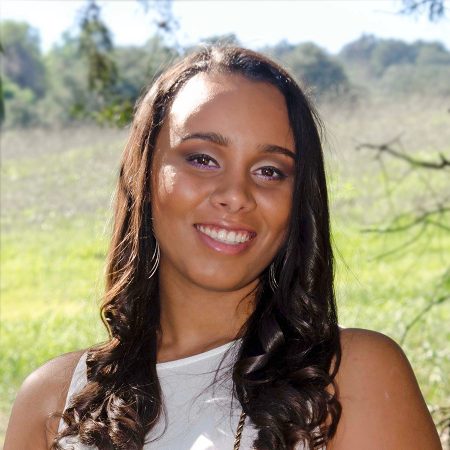 Sheriece Hooks has ran AHA's textline for the past two years. This month, she says goodbye.

Since joining the Foundation in April this year, Sheriece has used her clinical and writing skills to help connect survivors to resources, and write blogs about the horrific traditional practices and the fight to end them.

Why are issues such as female genital mutilation (FGM) invisible in the field of mental health? Over the past several months I have asked myself this question many times. As an aspiring trauma psychologist, I have focused my past seven years of college and graduate school education on trauma, women’s issues, and multiculturalism. In these fields of study, traumas ranging from domestic violence, physical and sexual abuse to medical traumas, natural disasters, and terrorism have been covered. While this is a broad range of topics, I have found that traumas that are specific to culture are not often discussed. Traumatic experiences such as FGM, honor violence, and forced marriages have all been omitted in academic discussions as sources of trauma for women and girls.

“Traumatic experiences such as FGM, honor violence, and forced marriages have all been omitted in academic discussions as sources of trauma for women and girls.”

Before joining AHA Foundation in April 2018, FGM had only been mentioned in my schooling on two occasions. I first learned about the practice while taking a women’s studies course during my undergraduate career. Although it was defined and discussed in the context of trauma for women, the issue was largely described as something that occurs in foreign countries and not in the U.S. Students were left to conclude that, even though FGM often results in trauma, they are unlikely to come across survivors unless they are abroad. The second time FGM was brought up was not until I began my doctoral education. In a multicultural class, one professor discussed the intersection of trauma and multiculturalism by briefly using the trauma of FGM as an example. She noted that she had seen a client who was exploring her FGM-related trauma in the past, and then further dissected how culture played a role in this clinical example. Because the main topic of this conversation was not specific to female genital mutilation, the trauma was not discussed any further.

Sadly, honor violence and forced marriages were discussed even less than FGM throughout my educational experiences. I had never even heard of honor violence before I joined AHA Foundation, and if forced marriages were discussed at all, they were not distinguished from arranged marriages. After learning about AHA Foundation, I began researching these topics in order to better understand what these dangerous traditional practices were. Conversations with my school peers highlighted their same lack of knowledge about these traumas. Despite having attended different schools in their earlier training, they also were unfamiliar with these harmful practices. This common gap in our clinical training further prompted me to question “Why are these sources of trauma not a bigger discussion in the field of mental health?” The question weighed heavily on me, so I asked a few of my professors who were knowledgeable about such issues. Through their responses, I gained a clearer picture about why the practices are not discussed, and some ways the field can improve.

“Clinicians have no training about these traumas which are often specific to women of color, and therefore are not able to teach about it when they become professors and supervisors.”

In response to my questions, my professors highlighted the limited space for multicultural and intersectional issues within academic and clinical training. Multicultural courses often have to cover a large amount of material which results in culture and diversity being discussed generally, unfocused on specific issues (i.e., FGM, honor violence, and forced marriages). This leaves no space for conversations about these horrific traditional practices and creates a cycle within the field. Clinicians have no training about these traumas which are often specific to women of color, therefore are not able to teach about it when they become professors and supervisors.

Additionally, issues with trainings were brought up by my professors. The specific trainings that are available to mental health professionals are typically offered in conferences focused on violence and women which tend to attract those who are already familiar with the topics. Sadly most clinicians become aware of FGM or other dangerous traditional practices, not through education or professional trainings, but when they have a client come in who is struggling with trauma related to the practice. When this happens, they will begin to do research and seek training.

“Many practitioners and researchers fail to realize that these harmful practices also are experienced by American citizens and take place on U.S. soil.”

My professors also discussed the need for multicultural growth within the field of psychology. Research and training tend to favor mental health issues which are central to middle-class Americans, specifically those who are born in the United States. This is largely due to a global placement of U.S. experiences above those in other countries. Many practitioners and researchers fail to realize that these harmful practices also are experienced by American citizens and take place on U.S. soil.  The tendency to neglect culture specific issues such as these can further marginalize these groups by leaving a gap between mental health practitioners and women of color. As a result, multicultural psychology must continue to grow as a field to place importance on issues at the intersection of gender and culture. We cannot depend solely on survivors to educate our field.

“Psychology must invite and compensate those who have expertise in the area to provide trainings and education.”

The silence, secrecy, and shame behind practices such as FGM and honor violence also make it difficult for many survivors to speak out or seek mental health services, which leaves the field of mental health unaware of these issues and their effects. We can no longer hide behind unawareness. The Centers for Disease Control and Prevention reported that in 2012 more than 500,000 girls and women had undergone or are at risk of FGM in the U.S. Psychology must invite and compensate those who have expertise in the area to provide trainings and education. It is only then that we will see improvements in psychology’s attention towards FGM, honor violence, forced marriages, and other issues faced by women of color.

At AHA Foundation, we hope to close this dangerous gap in training. If you are a survivor who has therapy experience, was your therapist knowledgeable about these dangerous practices? Similarly, if you are a counselor, were you trained in these traumatic practices in advance? What do you think needs to happen to ensure that therapists are equipped to understand and provide support surrounding these practices? Please let us know in the comment section below.