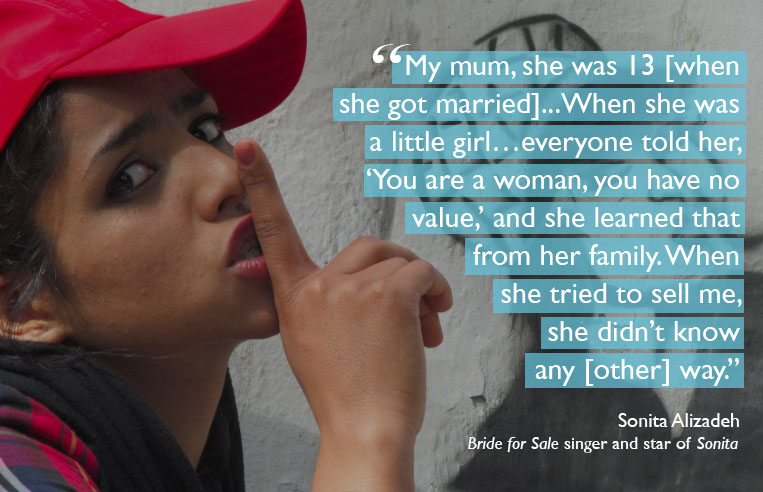 Sundance Film Festival is screening the film “Sonita,” a documentary by Iranian filmmaker Rokhsareh Ghaem Maghami. The film focuses on the Youtube sensation “Bride for Sale,” a rap music video by an Afghan teenager named Sonita Alizadeh. The film reveals the story behind the rap: her parents wanted Alizadeh to be a child bride. Ghaem Maghami hopes that the film will help raise awareness about child marriages.