Dr. Mwangi-Powell Leads African Anti-FGM Initiative, Believes the Practice Can be Stopped in One Generation 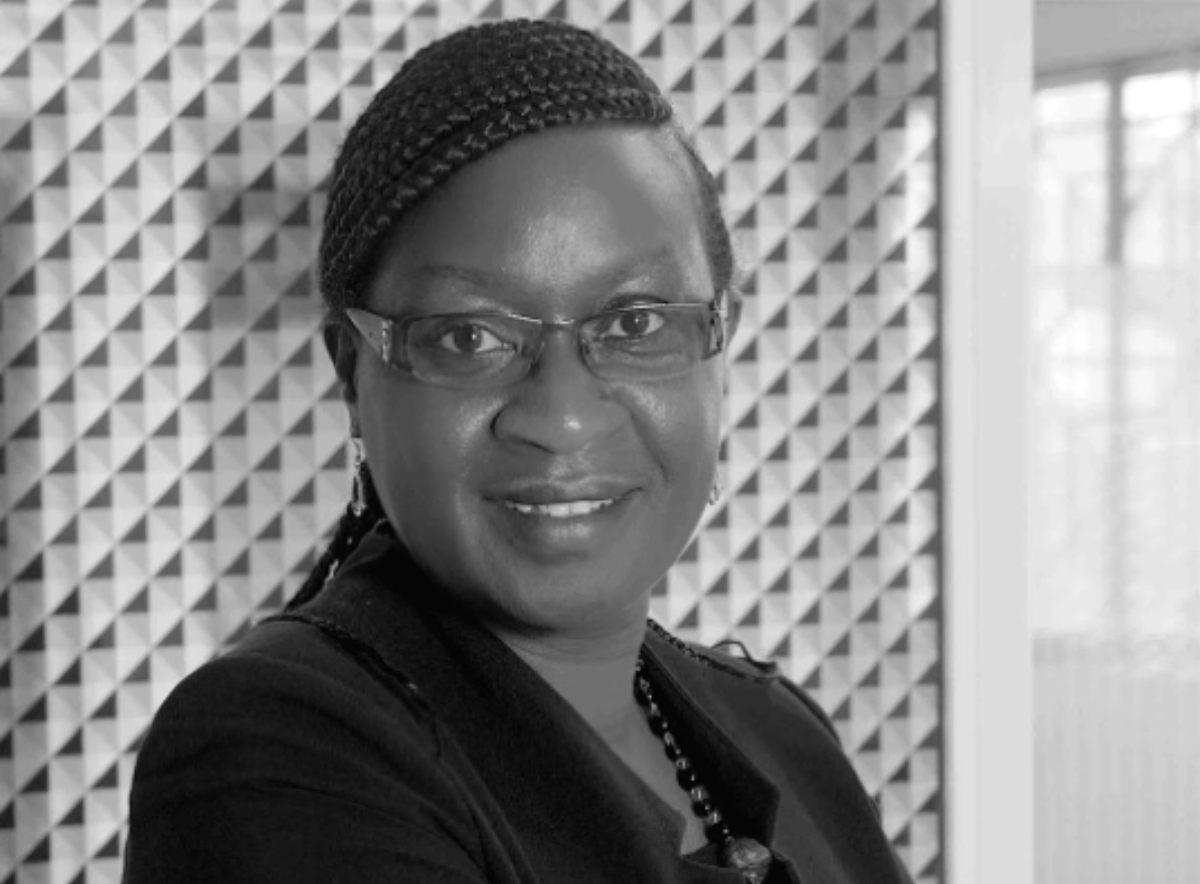 Dr. Faith Mwangi-Powell, MSc, Ph.D., is the Global Director for The Girl Generation, a ten-country social change communication initiative to end female genital mutilation (FGM) across Africa. Faith is a public health expert with more than 20 years of experience in leading, managing, and implementing health programs. We are excited to share her responses on how we can work globally to end FGM.

AHA Foundation: What does ending FGM mean to The Girl Generation?

Faith Mwangi-Powell: We believe that together we will end FGM in one generation. We are united by our vision that FGM can – and must – end in this generation. FGM is one of the gravest human rights violations of our time. For too long, it has been neglected on the global agenda, and treated as a taboo subject. 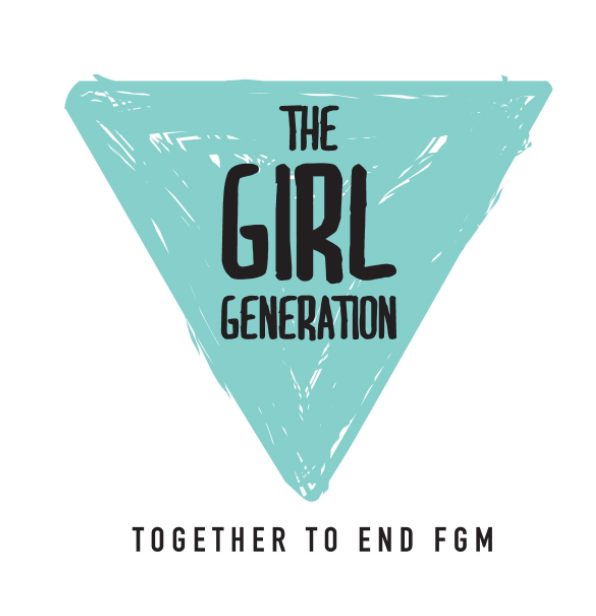 Ending FGM can be a catalyst for change, going hand-in-hand with other gender equality issues, including child marriage, girls’ education, and ‘honor’- based violence. No country can achieve its full potential, socially or economically, when half of its population is held back by extreme forms of discrimination. FGM is everyone’s issue, and each of us can play a role in creating a world that is safe for girls.

AHA Foundation: How are you working to end FGM in Africa?

Faith Mwangi-Powell: We are driven by the conviction that for FGM to end, there needs to be a positive transformation in the way that girls are valued, and in the beliefs and social norms that underpin FGM. We are confident that communication lies at the heart of this transformation. 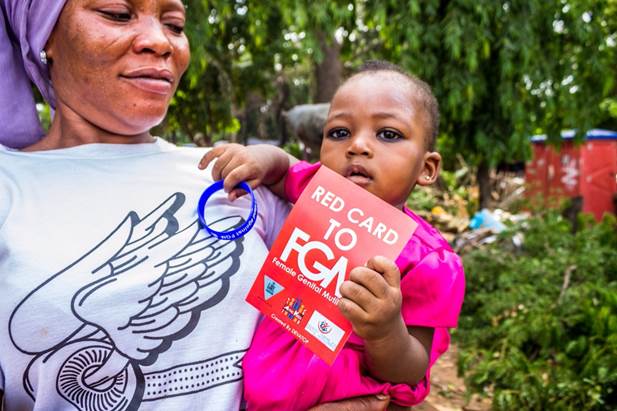 But this isn’t about simplistic messages or lecturing people about what they should and shouldn’t be doing – this is communication which speaks to the motivations behind the practice, and identifies the very real personal and social barriers that hinder abandonment of FGM.

Communication, which provides a positive alternative, opens up debate and discussion in the public sphere, prompts individuals to question their acceptance of the practice, and increasingly builds confidence to speak out against it. There is a social change via communication taking place in Burkina Faso, Ethiopia, Egypt, Kenya, Nigeria, Mali, The Gambia, Sudan, Senegal and Somaliland through The Girl Generation.

We are driven by the conviction that for FGM to end, there needs to be a positive transformation in the way that girls are valued, and in the beliefs and social norms that underpin FGM.

AHA Foundation: How is FGM different across the various countries that you work with?

Faith Mwangi-Powell: The prevalence of FGM in the countries we work varies a great deal, Egypt has the world’s highest total number with over 27.2 million women having undergone FGM (equivalent to 91% prevalence), while Somalia has the highest recorded prevalence rate at 98%. However, FGM is an issue in many other parts of the world.

The other differences are the age at which girls undergo FGM. In some countries, FGM is done at infancy, while others it is done when girls are 7 and 8 years or when they approach puberty at 12 years. In addition to this, the norms or motivations for FGM vary, in some countries FGM is considered a religious obligation, others it is falsely linked to cleanliness and hygiene, there are those who believe that FGM gives women a sense of identity and others see it as precursor for marriage. It is important to understand all these issues for those supporting any activities to end FGM.

AHA Foundation: What is the role that community, mothers who underwent the practice, men, and religious leaders place in facilitating FGM and how are you countering that?

Faith Mwangi-Powell: We consider FGM as an issue for everyone, and therefore we work with everyone who is passionate about this issue – for those who have undergone FGM, some of them have become great advocates, sharing their personal stories and advocating for an end to FGM. 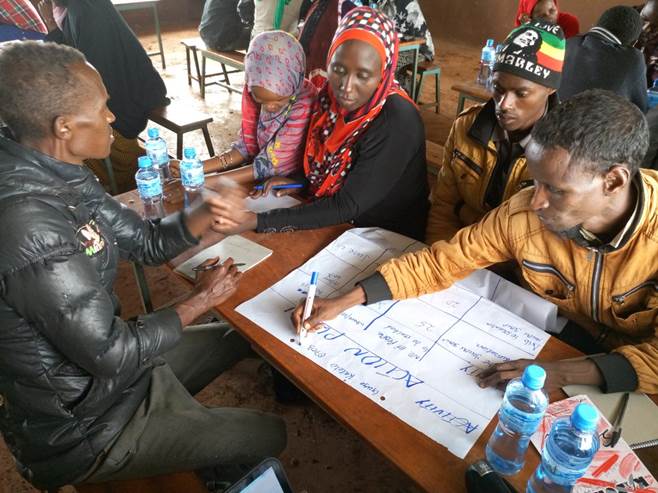 Men have also been great support and lead community discussion within their communities and stand up for the campaign. In the many countries we work, men have become part of the solution as opposed to being barriers of our efforts.

AHA Foundation: Have you used any strategies in countering FGM in Africa that were first tried in Western countries? Which strategies have you seen succeed in Africa that you think could translate well in the U.S.?

Faith Mwangi-Powell:  Our strategies are not tried in Western countries; we work through a truly Africa-led approach where we continually seek strategic leadership and guidance from African experts.

We are led by the priorities and contexts of our focal countries, with flexibility and responsiveness to local issues. We also work through African institutions, partners, and media to support, strengthen, and grow the existing movement, building on what has already been achieved.

All of our work is rooted in learning, participation, and co-creation with those across the African continent, allowing the energy and action which already exists to take on its own momentum.

A similar approach could work in the U.S., whereby local or affected communities are given the space to raise their issues and be part of the solutions they seek. Many initiatives fail because they do not co-create solutions with those they seek to help.

As long as our shared vision is to end FGM, then we are all contributing to the same efforts regardless of where we are based or working from, there is great synergy across all stakeholders.

AHA Foundation: Does the movement against FGM in Western countries help the same efforts in Africa?

Faith Mwangi-Powell: The end FGM agenda is an issue for everyone and at the Girl Generation we are collaborating with many stakeholders across the globe and collating lessons and amplifying positive stories of change to inspire change. I therefore believe that learning is not a one-way process, as long as there is meaningful collaboration and sharing that we can facilitate learning across the board, as long as we have shared vision.

As long as our shared vision is to end FGM, then we are all contributing to the same efforts regardless of where we are based or working from, there is great synergy across all stakeholders. What we need to do better is to develop strong collaborations and co-create solutions together.

AHA Foundation: Is social media being employed in your strategy?

Faith Mwangi-Powell: Yes, we have strong social media presence which is very attractive to our young people. You can follow us at @thegirlgen. We have also developed how-to guides for social media activation to support our members and partners.

AHA Foundation:  How close or far are we from eradicating FGM? 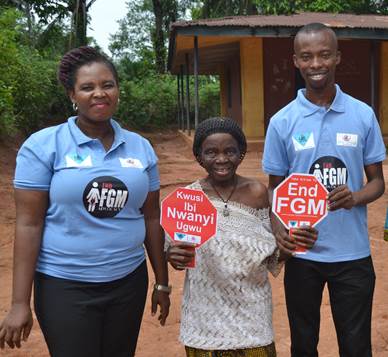 Faith Mwangi-Powell: There is new energy and optimism that the end of FGM is in sight, with increasingly vibrant youth activism, influential figures speaking out on the issue, and collective action at a community level. We believe that we can end FGM in one generation.

AHA Foundation: What can our supporters do to help end FGM in one generation?

Faith Mwangi-Powell: There are many ways that supporters can help. They can join the movement to end FGM through the Girl Generation website. They can work to raise funds to support grassroots organization across Africa who are at the forefront of the campaign and have limited resources to end FGM. Or they can join our global campaign to end FGM which will be launched on Zero Tolerance Day on February 6th, 2018.