DR. ZUHDI JASSER: As a Muslim, I am disgusted a teacher has been fired by a craven college for showing an image of Mohammed – Daily Mail 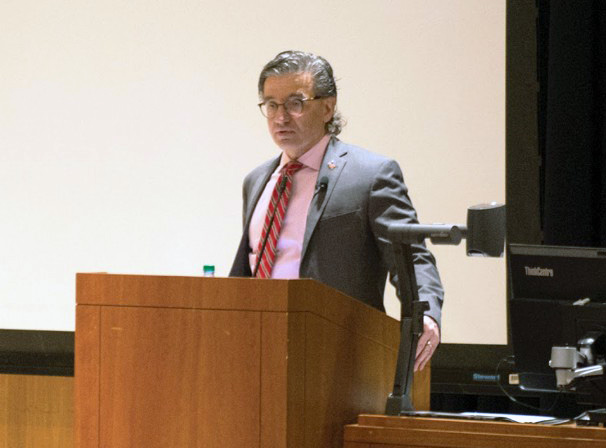 For the UK’s Daily Mail, CLARITy Coalition founding member Zuhdi Jasser responds to a recent controversy over the display of an image of the Prophet Muhammad.

Islam, my beloved faith, is under attack in America. But the threat does not derive from so-called Islamophobes or right-wing extremists.

No, the danger to Islam is much more insidious, because it comes from those who proclaim to be our allies, the woke left.

As the son of Syrian immigrants who came to the U.S. in pursuit of religious and political freedom, I read about the firing of an adjunct faculty member at Hamline University in St. Paul, Minnesota with disgust.

Erika Lopez Prater was punished for the thought-crime of showing treasured 14th and 16th century paintings of the Prophet Muhammad to her art history students. Despite her repeated warnings to the class about the potentially offensive content and despite multiple opportunities for students to opt out of the lecture, a firestorm erupted.

Find out more about CLARITy Coalition and AHA Foundation’s connection to it here.