Dressed in Wedding Veils, Protestors Demand Banning Marriage for Children Under Age of 18

This past month, The AHA Foundation had the honor of attending a Chain-In, a protest organized by the forced marriage help group Unchained At Last. The aim was to protest child marriage in the state of New Jersey and advocate for the passing of bill A3091, legislation currently pending in the New Jersey legislature that would make marriage illegal below the age of 18, with no exceptions.

Legislating against child marriage has always been controversial. Many argue that there is no real or significant threat of forced child marriage in America. But the reality is starkly different, as exposed by the meticulous work of groups like Unchained At Last, the AHA Foundation, and the Tahirih Justice Center, all of whom were in attendance and spoke at the Chain-In. The reality is that child and forced marriages occur not just in New Jersey, but across the US. And that only 10 states and territories have legislation against forced marriage, which means that 42 states have no ban in place for forced marriages. We arrived at the Chain-In with this reality firmly in mind. 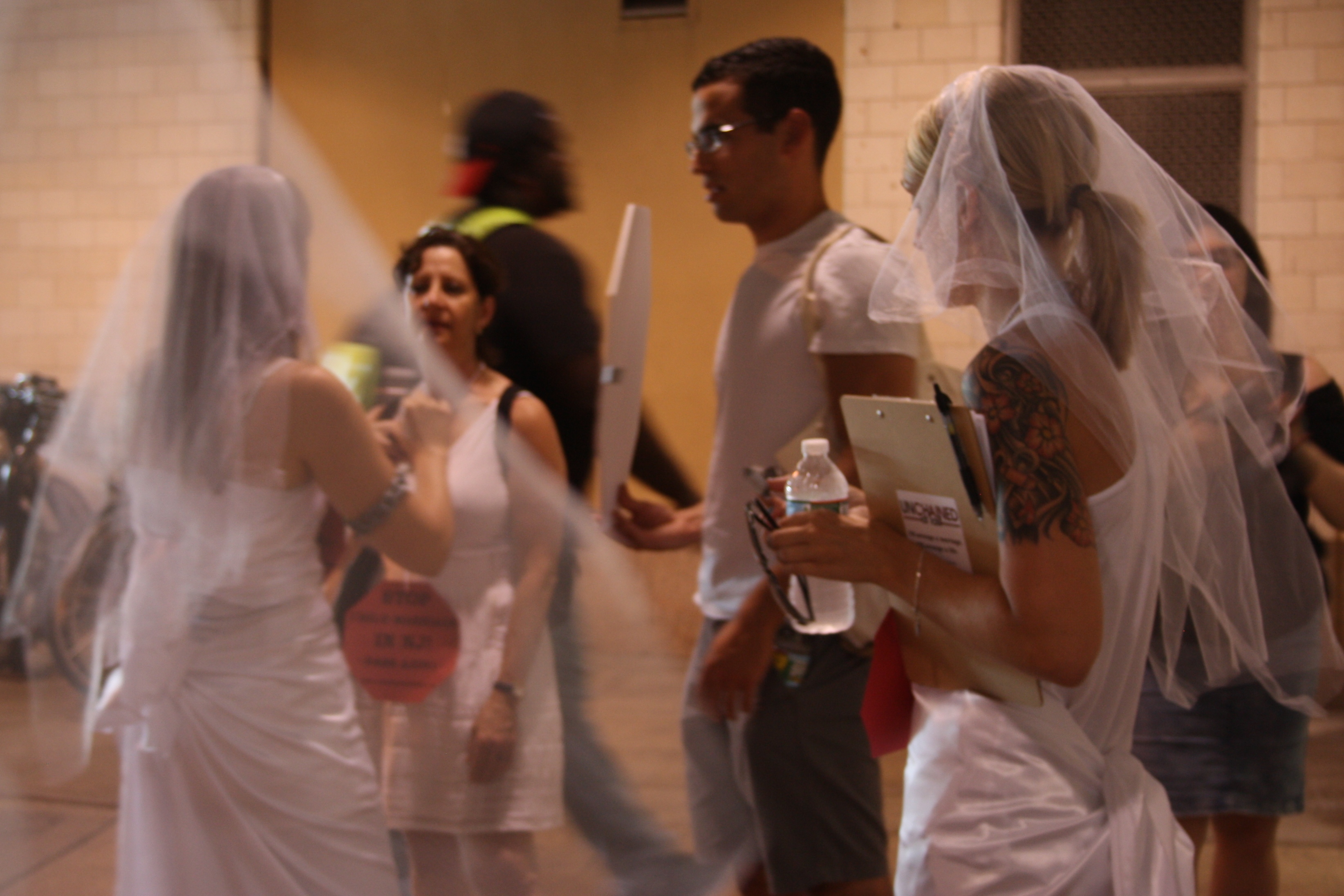 It was a sight to behold, 35 men and women, some decked out in bridal gowns, others in veils and chains, some with signs, all taking time from work and personal obligations to service the same goal: to speak out against child marriage.

As the protest got underway at New Jersey’s Penn Station, many protesters fanned themselves with their signs, others gulped down water. A hush fell over the crowd as the first speaker, Fraidy Reiss, a survivor of forced marriage and founder of Unchained At Last, took the megaphone. She began to speak and, in spite of the sweltering heat, a chill ran up everyone’s spine.

People think of protests as a space for shouting, for yelling at the top of one’s lungs, and there was certainly some of that at the Chain-In. Shouts of, “3091: we won’t stop until it’s done” rang out, as did cheers for each speaker. But, at its core, this was not a space for shouting, but for listening.

It was a space for listening as survivors of all ages, from multiple cultures and faiths, spoke to their 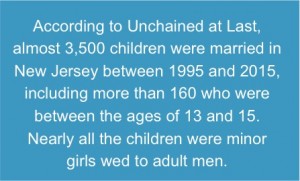 experiences and their hopes for the future.

It was a space for listening when Amanda Parker, Interim Executive Director at the AHA Foundation, asked the crowd “Will you stand with us today to stop child marriage?” and then paused to hear their shout of, “Yes!” reverberate across the station.

It was a space for listening for each and every commuter rushing to their buses who chose to pause to take in the stories echoing across the terminal.

This protest was not just a call to action: it was also a reminder. A reminder that the most important thing we can do when we encounter a survivor of honor violence or forced marriage is to both listen to them and, even more importantly, to hear them. Each time we receive a request for assistance at the AHA Foundation, the biggest thing we can do to help those reaching out is to listen, and to take their concerns, fears, and hopes for the future seriously.

When Amanda spoke to the crowd at the Chain-In protest, she told the story of Mena, a girl facing a forced marriage who fought to choose her own future. By listening to Mena’s concerns and taking them seriously, instead of dismissing them, the AHA Foundation was able to help prevent the unwanted marriage.

In the words of Naila Amin, a survivor of child marriage who spoke at the event, “Child marriages are happening in our own backyard when they shouldn’t be.” As friends and neighbors, there are two choices presented when a statement like this is uttered:

We can turn a blind eye, or we can listen and take action. You do not have to travel or don a veil to help.

Join over 1,000 other individuals who have contacted their legislators to ensure the passing of bill A3091. Together we can stop child marriage now.