By Educating Legislators Across the Nation, Alex Still Helps Protect Girls in the U.S. from FGM 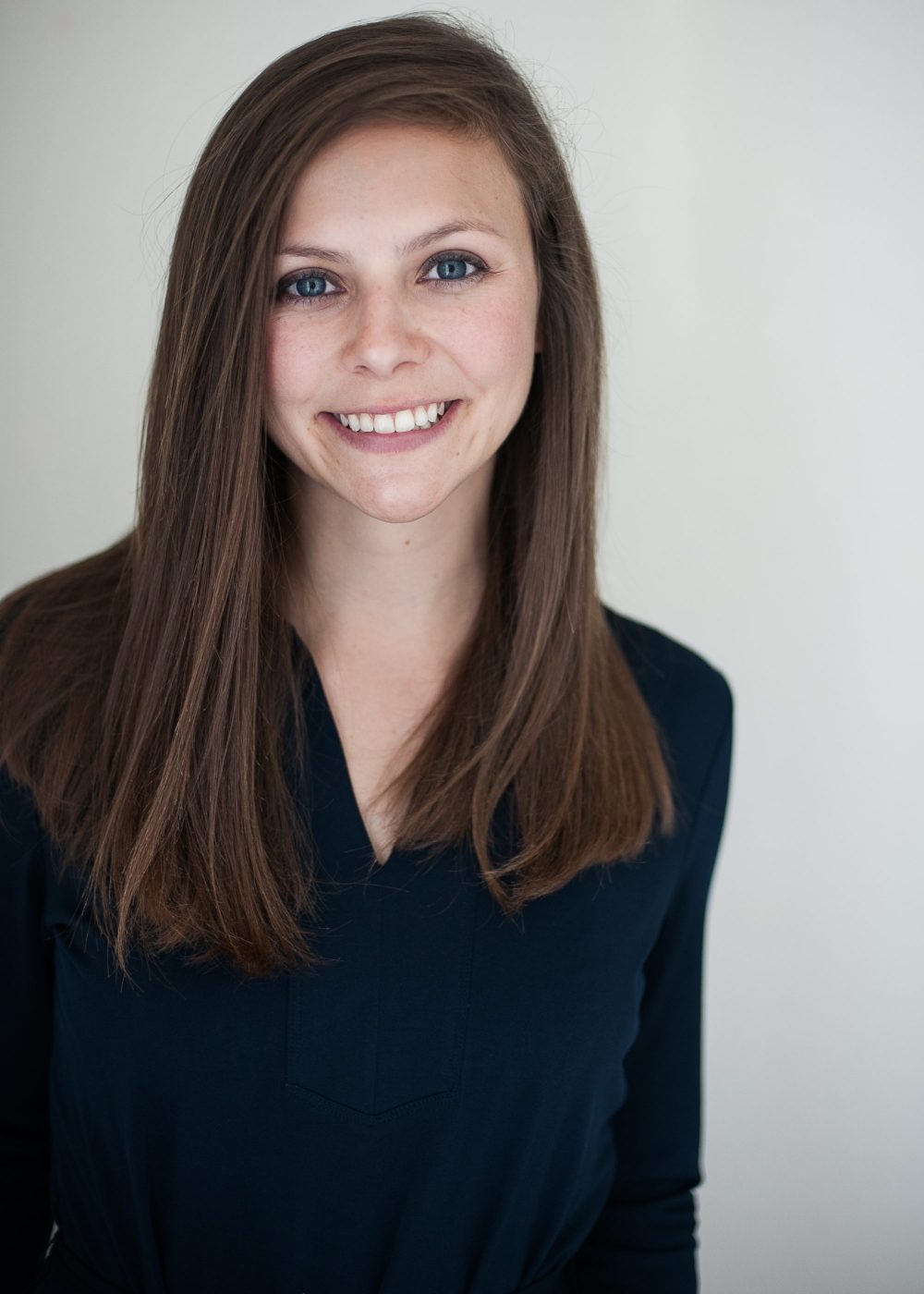 AHA Foundation: Alexandra Still is our Program and Policy Associate. Alex researches cultural practices that harm women and girls in the United States, such as honor violence, female genital mutilation (FGM), and child marriage. She also tracks state legislation that deals with these issues and collaborates with the AHA Foundation to educate legislators across the country on the harms of these cultural practices and ways to protect girls at risk. Recently, Alex travelled to New Hampshire and Pennsylvania where she spoke about FGM with hundreds of legislators. Read below about this experience in her own words.

Alex Still: Over the past few months, female genital mutilation has become an important topic in state legislatures across the U.S., from the Northeast to the Midwest, and all the way to Hawaii. Consequently, I’ve had the wonderful opportunity to travel around the country and speak to state representatives about the practice.

A nationwide movement to protect women and girls who are at risk of FGM has emerged following the first federal prosecution of FGM in the country. The prosecution is scheduled to go to trial in January 2019. I feel fortunate to be able to provide legislators with education and resources so that they can understand this practice and the protections that legislation could provide.

Two states over the last few months stick out to me specifically: New Hampshire and Pennsylvania. Both have enthusiastic legislators taking up the cause, but have vastly different experiences in working towards getting this legislation passed. 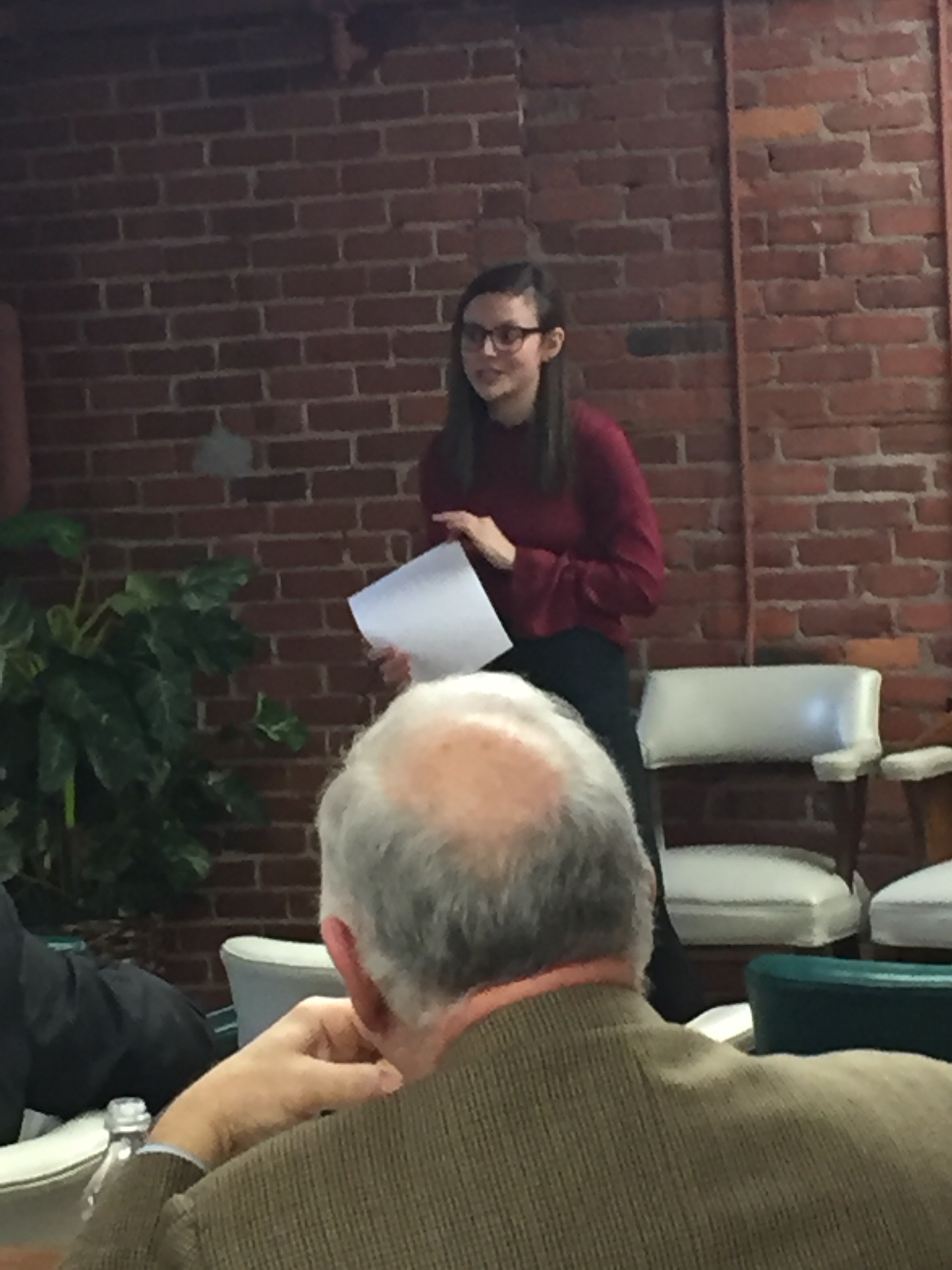 In New Hampshire, Representative Victoria Sullivan brought forward an FGM bill and invited me and the AHA Foundation to the state before a committee hearing on her bill, so that we could educate legislators on FGM before they voted. I spoke at a luncheon for legislators hosted by the AHA Foundation and was ecstatic that over 150 legislators showed up! It was encouraging to see that such a large number of representatives in the state were interested in learning more about female genital mutilation and what they can do in their state.

Following this luncheon, I was able to testify at the Criminal Justice and Public Safety Committee on the dangerous effects of FGM and the situation that we are seeing in the United States. Overall, the legislators were engaged and truly wanted to understand all aspects of the practice. Representative Sullivan’s bill promptly passed unanimously, not only through the committee, but also through the House.

In Pennsylvania, however, the process for implementing FGM legislation has been a slow and steady task. I have tracked the Pennsylvania legislation for almost a year now, and just recently have seen momentum picking up. Representative Murt put this FGM bill forward last year and has been working on this for years, but the bill has been stuck in the Judiciary Committee since February 2017, even though it has strong bipartisan support. 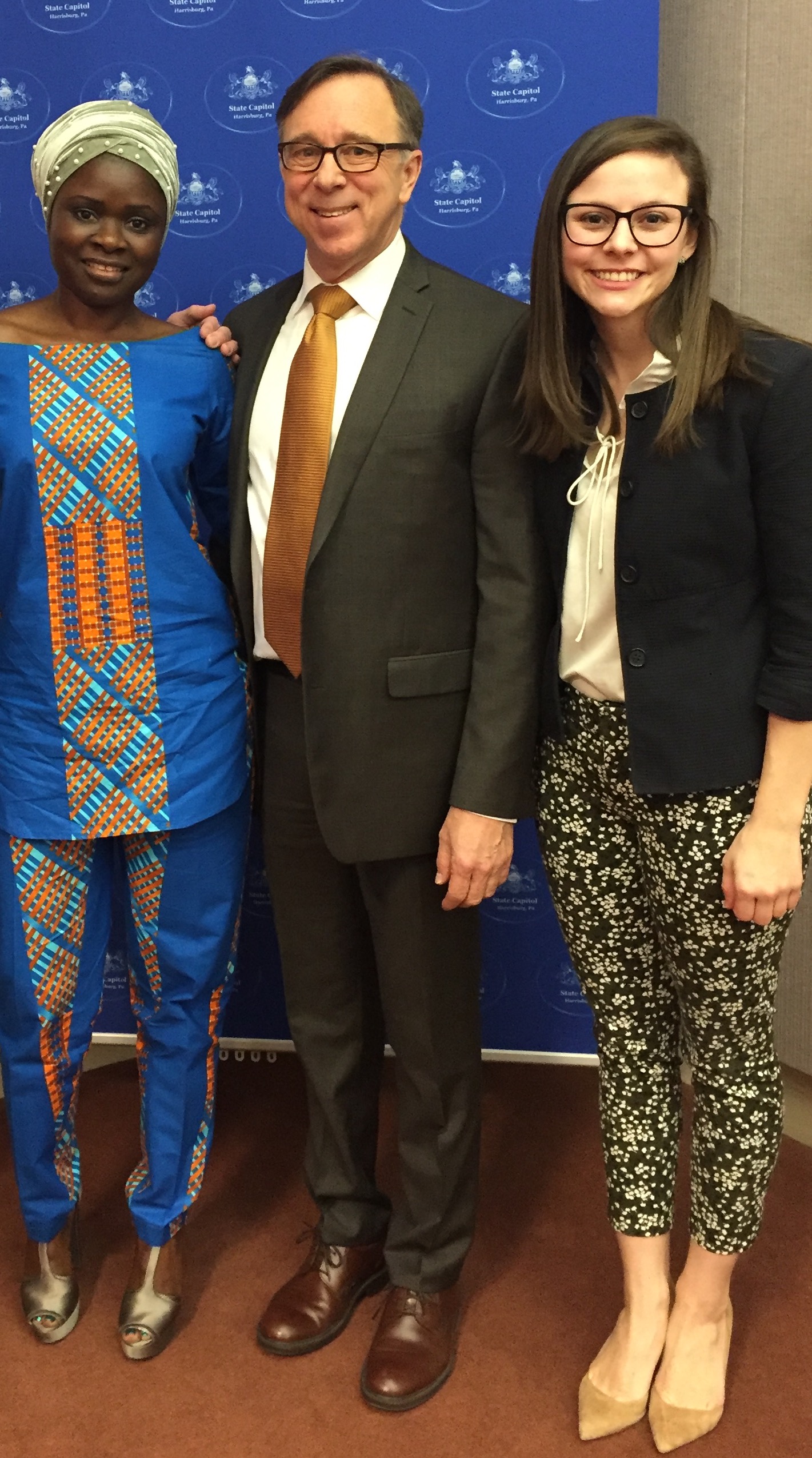 Last month, the AHA Foundation’s Executive Director, George Zarubin, and FGM survivor and activist, F.A. Cole, spoke at a press conference to rally support for the bill to move out of the Judiciary Committee. Time will tell if efforts there have been enough to finally clear the Judiciary hurdle.

While the process in each state has looked different from the other, particularly with regards to pace, legislators in both often have similar questions and concerns. I am frequently asked whether female genital mutilation is associated with any religion specifically. In response, I stress that FGM is not required by any major religion, and is instead a harmful cultural or traditional practice. It is key to remember that FGM is a cultural practice and, while it is important to respect different cultural backgrounds and beliefs, abuse is still abuse and tolerance towards any practice must cease any time there is an indication of violence, abuse, or oppression.

Another concern that legislators commonly come to me with is if aggravated assault codes will cover cases of FGM. Aggravated assault codes vary from state to state, but frequently there is some form of malicious intent needed to charge a crime under aggravated assault, which is often not the case with a family’s decision to cut their child. Additionally, aggravated assault codes oftentimes are not broad enough to cover the less invasive forms of FGM, such as “nicking”. Finally, FGM state legislation adds clarity to prosecutors, professionals, and families that this practice is specifically outlawed.

Another challenge I’ve seen across many states is bringing up issues that serve as a distraction rather than enhance the conversation around protecting the human rights of women and girls. For example, one of the topics that distracts is that of male circumcision when discussing female genital mutilation. My work concentrates on harmful practices that affect women and girls specifically, and female genital mutilation is indeed distinct from male circumcision. FGM has no benefits and can cause lifelong health and psychological consequences. Immediately following the procedure, girls are at risk of severe pain, shock, bleeding, bacterial infection, and injury to nearby tissue. In the long term, girls and women who have suffered this procedure are at risk for recurrent bladder and urinary tract infections, cysts, infertility, and complications during childbirth. In some cases, FGM can even be fatal. These same consequences are not seen in male circumcision. Additionally, FGM is most often a tool to control female sexuality, which is, again, not the case for male circumcision. 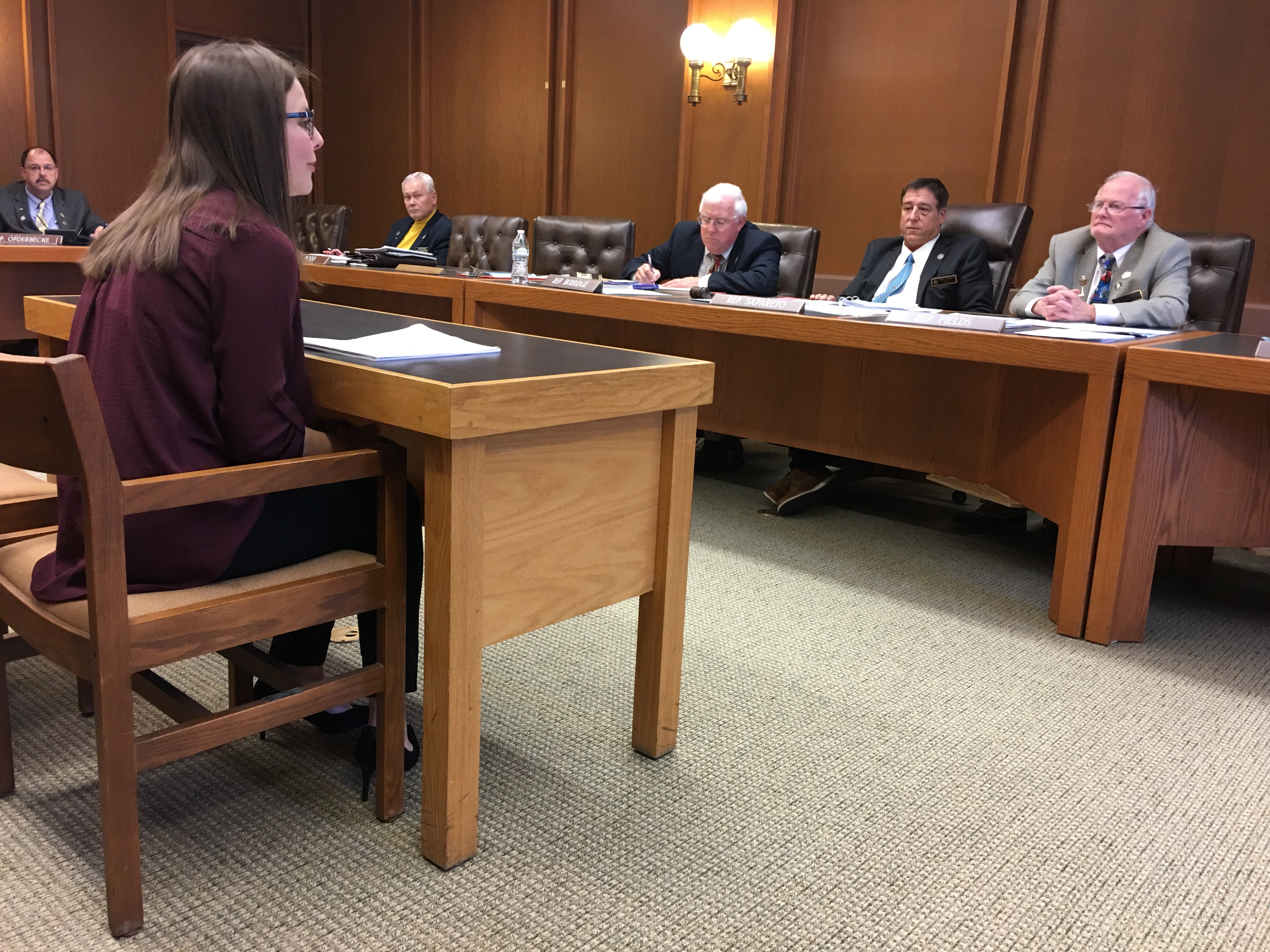 Finally, though state politics certainly come into play, this is an issue that is nonpartisan. In many states, bipartisan efforts are successful in getting this legislation passed. It is truly an issue for which those on the left and those on the right can come together in the interest of protecting women and girls. Michigan is a perfect example of this, where the strong bipartisan nature of the legislation and approach to the issue allowed the most comprehensive FGM legislation to fly through both houses and become enacted quickly.

The opinions stated above are those of Alex Still and do not necessarily represent the views of the AHA Foundation.

Find out more about what the AHA Foundation does to protect women and girls here.