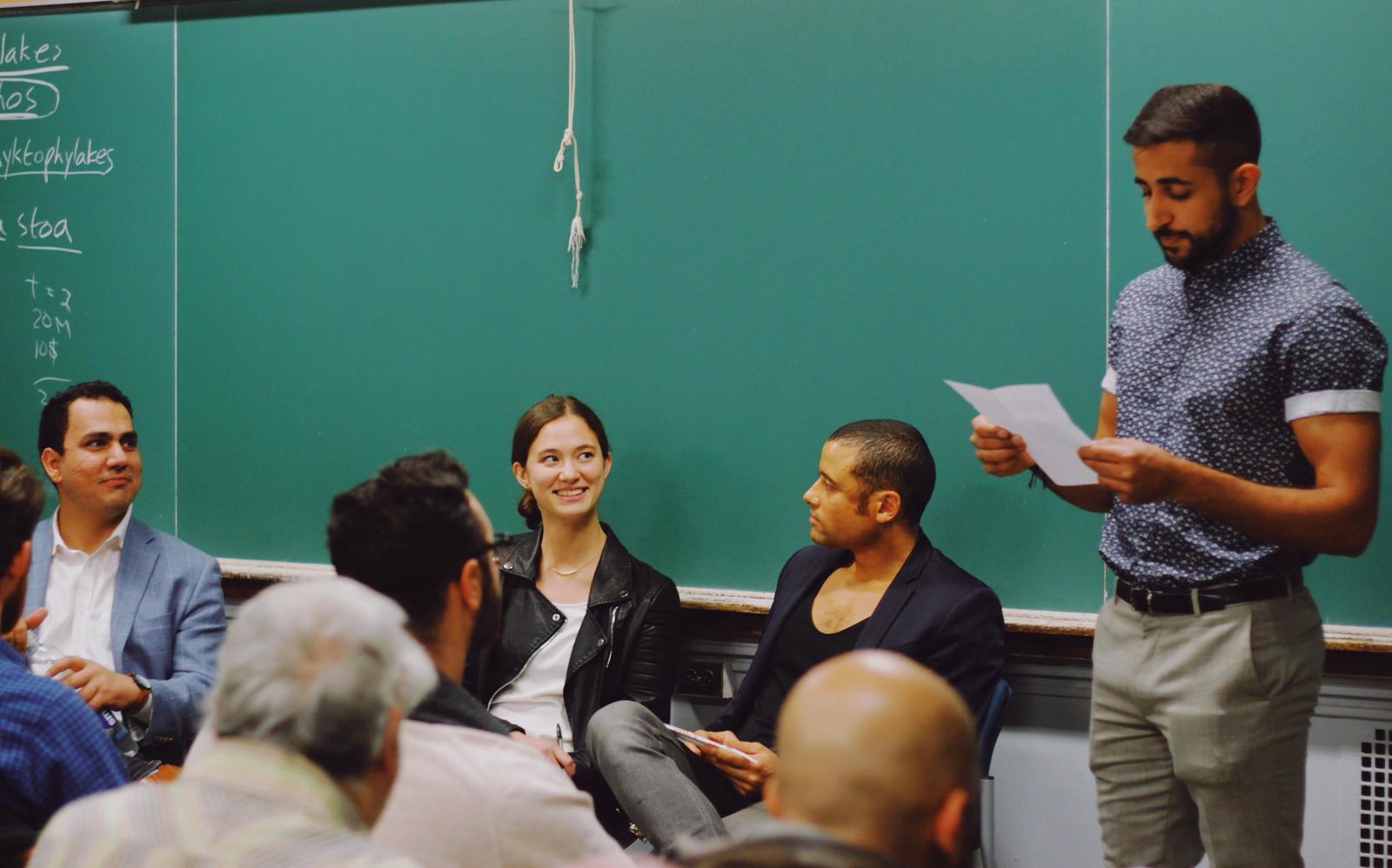 On October 28, Danish human rights expert Jacob Mchangama joined Iraqi counter-extremism advocate Faisal Saeed Al-Mutar at Columbia University to discuss blasphemy and tolerance. Mr. Mchangama began the talk explaining how freedom of speech exists to protect minorities. Mr. Mchangama declares that no other country in the world protects freedom of speech as robustly as the First Amendment as it stands today. However, he expresses concern for other parts of the world, particularly Europe and Islamic Nations.

Blasphemy laws, he says, are inherently intolerant because they limit the freedom of expression. One such example was the European Court of Human Rights recent decision to fine an Austrian woman 480 euros for an “abusive attack on the Prophet of Islam which could stir up prejudice and threaten religious peace”. The woman held a seminar titled “Basic Information on Islam” where she suggested the Prophet Muhammad was a pedophile because of his marriage to 6-year-old Aisha when he was 56 years old. The Court’s decision was based on a careful assessment of the wider context of her speech, balancing her freedom to express with the rights of others to have their religious “feelings” protected. Mr. Mutar notes that the Prophet Muhammad’s marriage to Aisha is an ongoing debate among Muslim scholars because their interpretation of Muhammad’s actions affect what Muslims consider to be permissible behavior. To illustrate, in 2013 the International Center for Research on Women (ICRW) and Girls Not Brides (GNB) found that 70 million young girls are currently married around the world. While the Austrian woman may have been motivated by right-wing populist ideology, which Faisal disagrees with, he emphasizes her right to exercise criticism as long as it doesn’t incite imminent lawless action. However, he continues, violence is a fear for many.

Indeed, speech has led to direct violence. In 2015, the world witnessed the Charlie Hebdo attack in Paris. In 2004, Theo van Gogh was assassinated by Mohammed Bouyeri, a Dutch-Moroccan Muslim, who found great offense in a video criticizing the depiction of women in the Quran van Gogh created with Somali-born Dutch human rights activist, Ayaan Hirsi Ali. The government has a responsibility to maintain national security and it is the balance between preserving social cohesion and protecting freedom of expression that the European Court of Human Rights in actuality sought to ensure. In an article titled “Upholding the Jihadist Veto” published last month in Quillette (co-authored with Danish journalist Flemming Rose), Mr. Mchangama warns against self-censorship in order to avoid a violent reaction. He cites a 2015 study from UCLA which found that terrorism and blasphemy are “inextricably intertwined” because terrorists are emboldened to commit crimes against humanity.

This mentality is unfortunately clearly demonstrated in the blasphemy case of Pakistani-Christian woman, Asia Bibi. In 2009, after being accused of insulting the prophet, she was beaten up in her home. She was subsequently arrested, tried, and sentenced to death.

She spent 8 years on death row and was acquitted due to insufficient evidence in 2018 by the Supreme Court of Pakistan after significant international pressure. In response to the court’s decision, the far right Islamist political party Tehreek-e-Labbaik led protests threatening to kill her and her family. Disregarding the threat to her life, the Government of Pakistan signed an agreement with Tehreek-e-Labbaik barring Bibi from leaving the country. A number of countries have offered Bibi asylum but she remains in hiding.

Blasphemy laws enable religious nations to clamp down on dissidents. This is especially dangerous for journalists and activists, however, in this case of Aisi Bibi we see how it affects religious minorities as well. While most European democracies have abolished blasphemy laws without seeing an increase in religious violence, blasphemy and apostasy (abandonment or renunciation of a religion by a person) remain punishable by death in 13 Muslim majority countries. The decision by the European Court of Human Right sets a dangerous precedent for the future of freedom of speech.