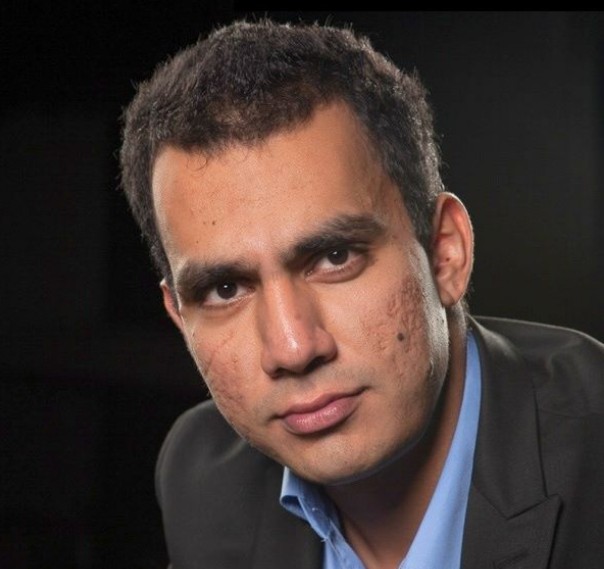 Faisal Saeed al-Mutar was born in Iraq and admitted to the United States as a refugee in 2013. While in Iraq, Al-Qaeda attempted to kidnap Al Mutar three times because of his secular western lifestyle and lost members of his family to sectarian violence. He is the founder and CEO of Ideas Beyond Borders and the Global Secular Humanist Movement (GSHM). In 2016, Al Mutar received the President’s Volunteer Service Award from President Barack Obama for his commitment to volunteer service in America and around the world.
Activist Faisal Al Mutar spoke about free speech and freedom of belief in the Muslim World during a breakout session at a Students for Liberty Conference at the University of Maryland. He began by talking about the international human rights scores that are released from the Global Network for Rights and Development: Muslim countries tend to rank the lowest. For most Muslim-majority countries, Al Mutar said, there is no freedom of speech or freedom of belief; these enlightenment values have not, for the most part, reached this part of the world. But Al Mutar is seeking to change that.
Al Mutar discussed a project that his organization, Ideas Beyond Borders, is working on, entitled Bayt al-Hikma (translated: House of Wisdom). The original Bayt al-Hikma was started in ninth century Arabia, by Abassid Caliph Haruun Rashiid. It was a symposium of science, philosophy, religion and humanities that, Al Mutar argues, represents a major center of scholarship and embodies the Islamic golden age. IBB is working to revive Bayt al-Hikma and bring intellectual curiosity back to the Muslim world.
A recent report from the UN Arab Human Development committee stated that the total number of books translated to Arabic in the last 1,000 years is fewer than the number translated into Spanish in one year. Al Mutar stressed the need to bring new ideas into the region, as authoritarian dictatorships want to keep people as ignorant as possible so that it will be easier to control them. However, he does see things changing with the introduction of the internet and social media. He believes that the internet can bring the Enlightenment to the Muslim world in the same way that the printing press brought the Enlightenment in the West. The internet, Al Mutar stated, gives people access to new ideas, but it also helps them find each other and create a network. Before a Q&A, Al Mutar ended his speech by talking about some free thinkers and Enlightenment projects that are influential in the Muslim world today.