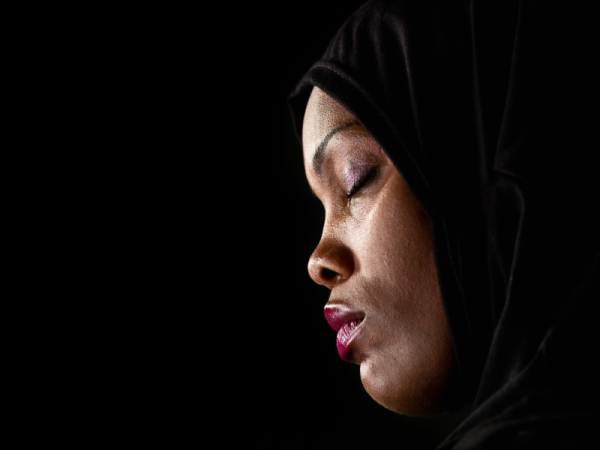 Amira Osman Hamed is a Sudanese woman facing a punishment of forty lashes for not wearing a headscarf in public. Her punishment, which was supposed to take place this last week, has been postponed to November 4 following an appeal by her lawyers.

Amira is a civil engineer and a women’s rights activist. On August 27, she was arrested for not wearing a hijab, which violated the Sudanese penal code. The code states, “Whoever does in a public place an indecent act or an act contrary to public morals or wears an obscene outfit or contrary to public morals or causing an annoyance to public feelings shall be punished with flogging which may not exceed 40 lashes or with fine or with both.” Amira intends to submit to the punishment as a protest against this unjust law. She follows in the footsteps of journalist Lubna Ahmed al-Hussein, who was arrested for wearing pants in 2009. (Her fine was paid against her wishes; she too wanted to receive the flogging in order to protest the law and draw international attention.)[i]

This punishment is legally-sanctioned honor violence and an example of how honor-based systems affect people’s lives in many societies. Many of Sudan’s laws are based on punishing violations of honor and propriety and require citizens to adhere to strict cultural and religious norms. The women of Sudan, a notoriously autocratic state, additionally face the systemic honor violence of the legal code and are more or less powerless to defend themselves. Occasionally, activists like Amira garner attention from the international community and shed light on this inequitable system.

Much of Sudan’s penal code is based on Sharia law, but it is enforced unevenly. In many cases, punishments like floggings occur on the spot.[ii] The law in question—which falls under “Offenses against Honor, Reputation, and Public Morals” in the penal code—is intentionally vague. It does not define the crime and thus allows police officers complete discretion in determining what is “obscene” or “contrary to public morals.” Sudan’s police and military often use these cases to make an example of people to elicit fear and to prevent locals from exercising their civil liberties. In practice, the law induces explicit conformity and restricts women from moving about freely in their communities.

Contrary to common belief, the Koran does not require women to wear the hijab, an article of clothing that actually predates Islam.[iii] But many people—from the Sudanese government to individuals—insist that if a woman does not cover herself and dress modestly, as with a hijab, she is violating the tenets of Islam and can be ruthlessly punished.

Regardless of the belief system behind this law, flogging is inarguably a violation of human rights (and is banned by the Organization of African Unity, of which Sudan is a member). Forty lashes is an inhumane punishment by any measure. Honor violence in any form is a human rights violation, and Amira is incredibly brave for challenging this law—we only hope she doesn’t have to go through with it.

*Take action to support Amira’s cause by writing to the Sudanese Minister of Justice through Amnesty International.