Film Screening at Columbia University: Islam and the Future of Tolerance 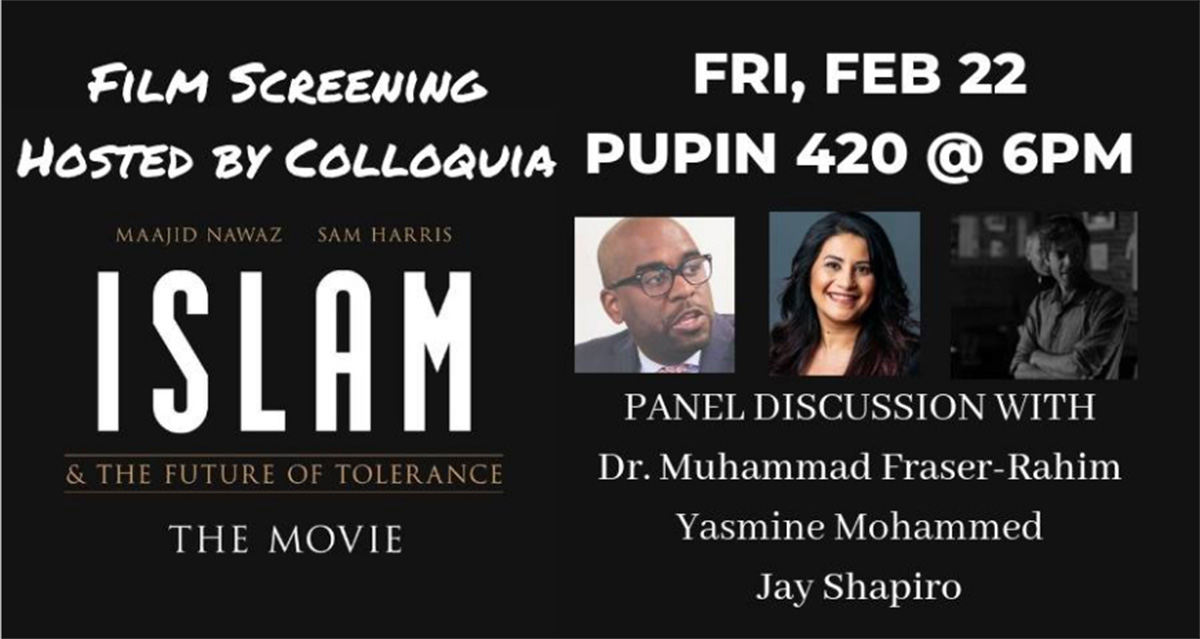 On February 22nd, Columbia Colloquia, with support from CTF, screened Islam and the Future of Tolerance, a documentary based on the book by Sam Harris and Maajid Nawaz.

The screening was followed by a panel discussion with Yasmine Mohammed, Dr. Muhammad Fraser-Rahim, and film director, Jay Shapiro.

Mohammed is an Arab-Canadian university educator, activist, and writer. She also runs Free Hearts Free Minds, an organization that supports individuals who have left Islam, but are still living in Muslim-majority countries. She offered insight on the ways terrorist recruiters weaponize the narrative of oppression to radicalize vulnerable persons and use religious texts to justify their ideology.

Dr. Fraser-Rahim is the Executive Director for North America for Quilliam International, a London-based think tank focused on counter-extremism. He is an expert on violent extremism issues and a scholar on Africa. Prior to his current role, he served as a Senior Program Officer at the U.S. Institute of Peace, where he led their Horn of Africa program and served as an expert on violent extremism issues globally. He is a third generation Muslim. He provided context of the history of Black Americans who converted to Islam. In today’s public discourse, the visibility of Black American Muslims have been nearly entirely erased, indicating a shift in Black American identity, which has evolved through the generations.