Filmmaker Emanuela Zuccalà on her documentary about FGM in Liberia: “I find it absurd that even today there are states where this harmful practice is still widespread.” 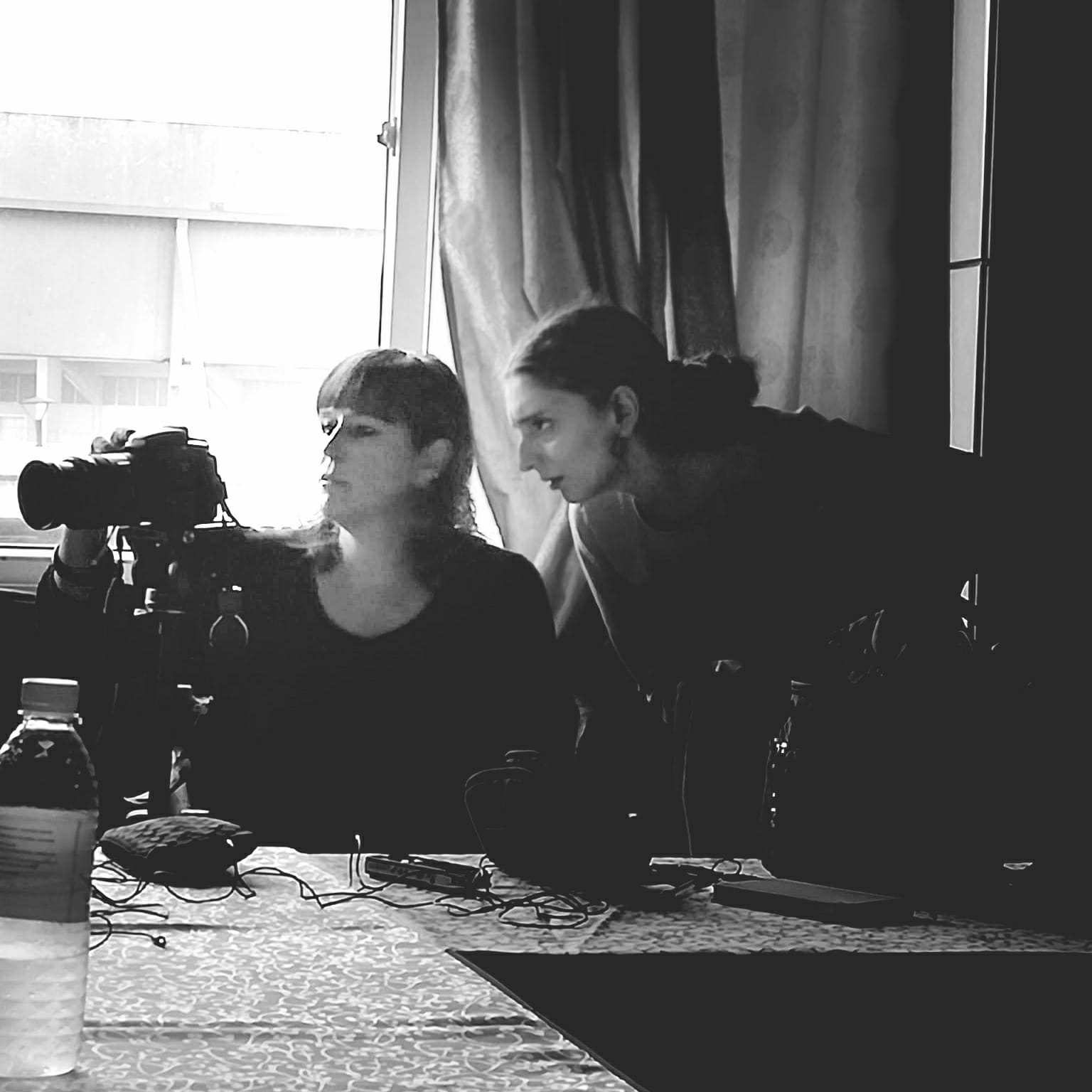 Emanuela Zuccalà is a writer and filmmaker whose work centers around human rights, and women’s rights in particular. Her film The Bush School, which AHA Foundation is screening on June 16, takes a harrowing look at the practice of female genital mutilation (FGM) in Liberia, which is primarily conducted by the Sande—secretive women’s initiation societies.

You can sign up for our screening, where Emanuela will appear to discuss her film, here. Below, Emanuela talks about The Bush School and her work more broadly.

AHA Foundation: Thank you for taking the time to speak with us today, Emanuela. Could you start off by telling us a little about yourself—what first interested you in journalism and filmmaking?

Emanuela Zuccalà: First, thank you to AHA Foundation for your interest in my work on female genital mutilation and in my documentary movie The Bush School. I have been working as a journalist and filmmaker for a long time, focusing mainly on women’s rights, and I have worked very often in Africa.

Previously, for 15 years, I was a special correspondent for a women’s weekly published by the main Italian newspaper, Corriere della Sera. I thus had the opportunity to report on major international news and topics, including wars, forgotten crises, and development issues, always with a gender perspective. And I then carried this passion for women’s rights and empowerment into my subsequent freelance work as well.

AHA Foundation: How did you become interested in FGM in Liberia?

Emanuela Zuccalà: I’ve been investigating and reporting on the topic of FGM for a long time. In 2008 I was invited by the European Parliament to attend some conferences that were preparing a resolution against FGM, and in 2015 I had the opportunity to produce a multimedia journalistic project called UNCUT, which investigates this issue in some African countries and in Europe as well.

I thought it was important to uncover this reality [of FGM in Liberia] and, above all, to make known the brave efforts of Liberian women…to fight and eradicate the practice of FGM.

This inspired me to delve deeper into the stories of those who had suffered FGM in Africa. I knew the situation in Liberia, having also read anthropological studies, and I thought it was important to uncover this reality and, above all, to make known the brave efforts of Liberian women to fight against secret societies to criminalize and eradicate the practice of FGM.

AHA Foundation: You have done an excellent job exposing the harrowing reality of FGM in Liberia in your film The Bush School. After watching it, our team at AHA was left feeling enraged. What was the experience of making this film like?

Emanuela Zuccalà: It was very difficult, as the issue of FGM is terribly taboo in Liberia. In rural areas, where secret societies are very powerful, people were hostile towards me, and in a couple of situations I and the photographer Valeria Scrilatti, who directed the cinematography of the documentary, even found ourselves in dangerous situations. It had never happened to me in other countries, such as Kenya, Somaliland and Ethiopia, where I had already worked on this issue.

AHA Foundation: How did you find women willing to speak on camera about their experiences?

Emanuela Zuccalà: Before leaving for Liberia, I did a lot of work making contacts with Liberian activists, and in the end, I found two wonderful witnesses who agreed to tell me about their experiences. The third, whom I called Lucy (not her real name), came by chance: I met her in Monrovia thanks to a local association and, while we were speaking informally, at a certain point she said to me: “Emanuela, I too would like to tell you my story.”

AHA Foundation: What inspired you about the women activists against FGM you featured in your film?

Emanuela Zuccalà: In the case of the journalist Mae Azango, who was the first one, in Liberia, to publish articles against FGM to try to change things, I was very impressed by her commitment to civil journalism and concrete action. 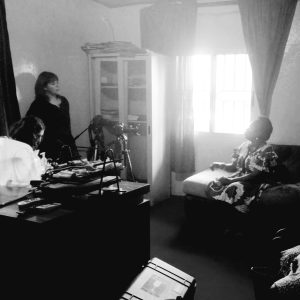 Behind the scenes of The Bush School: Emanuela interviewing the Liberian journalist Mae Azango in Monrovia, in the office of her newspaper FrontPage Africa.

She continues to carry these commitments on despite all the threats she’s been facing from secret societies and the fact that she had to bring her daughter to the U.S. in order to protect her. For me, Mae is a great model of activism and feminist journalism, as well as exemplary courage.

In the case of the other two activist protagonists of my documentary, I was struck by the situation of anguish and danger in which they are living precisely because of their campaigning against FGM. They told me of loneliness, of no support from the institutions and also of little help from international NGOs (non-governmental organizations). They live in a situation of extreme loneliness that I find very sad and unfair, for they are courageous women who are fighting for the rights of all women.

AHA Foundation: President Ellen Johnson Sirleaf banned FGM in Liberia, but only for a temporary period—it has been legal again since 2019. Do you have much hope for the future of combatting FGM in Liberia?

Emanuela Zuccalà: Last February, the Liberian Ministries of Gender and Internal Affairs formally announced the suspension of activities of the “bush schools” for 3 years, particularly FGM in the Sande societies. But in some Liberian counties, officials and members of the Sande society vehemently opposed this suspension, even erecting roadblocks.

This suspension is obviously an important step. However, my opinion, based on talks with Liberian activists (many more than those who appear in The Bush School), is that without a law that criminalizes FGM, and without a concrete commitment of the Liberian government to end FGM, it will be very difficult to oppose the power of the secret societies and, consequently, to eradicate FGM in the country.

It’s true that a law doesn’t solve all the problems, but I think it’s a necessary starting point for the government to take a clear stance against this tradition, as has happened in most African states.

AHA Foundation: What else needs to change in Liberia in order to end FGM?

Emanuela Zuccalà: Secret societies in Liberia are widespread in the social fabric and have existed for hundreds of years [find out more about Liberia’s secret societies here]. Many politicians are also members of them. So, in my opinion, it’s impossible to eradicate FGM (which, I remind readers, represents the rite of access to the Sande female secret society) with a campaign to destroy the secret societies.

Government and NGOs should instead work with the leaders of these societies, at a community level, to validate the many traditions to which people are very attached but, at the same time, eliminating FGM from these traditions in the name of women’s and girls’ fundamental rights.

There are examples in Africa in which this kind of approach has been successful: I’m thinking about the Masai populations in Kajiado county, Kenya, for example, where the rite of passage to adulthood for girls continues to be performed according to tradition but no longer involves FGM and which promotes girls’ education. There, communities have understood that when women are healthy, can study and therefore participate in the economy of their society in the future, the whole community benefits.

My hope…is that all feminist movements worldwide become aware of the hard situation of Liberian feminists, and join in solidarity with them.

AHA Foundation: Why is it so important for people in western countries to learn about FGM in Liberia?

Emanuela Zuccalà: FGM is one of the most serious forms of gender-based violence, as well as a terrible violation of women’s physical integrity and right to health. I find it absurd that even today there are states where this harmful practice is still widespread and, in the case of Liberia, not opposed by the government.

My hope, as an information specialist and a women’s rights activist, is that all feminist movements worldwide become aware of the hard situation of Liberian feminists, and join in solidarity with them. If we want Africa to emerge from poverty, the international community should focus on women’s health and gender equality, which are fundamental conditions for any social evolution.

AHA Foundation: If there was one message you wanted people to take away from your film, what would it be?

Emanuela Zuccalà: One of the points that I always love to repeat, whenever I have the opportunity, is that in Africa, and therefore in Liberia too, there are many mature, courageous women’s and feminist movements committed to promoting women’s rights. African women have shown in recent decades that they can wonderfully fight their own battles for gender equality. They are not ignorant, poor and inert women as they are often portrayed by lazy media stereotypes. It’s worth supporting and helping them because they know exactly what to do and how to do it.

AHA Foundation: Thanks again for speaking with us. We hope our screening of your film will help to raise awareness of women’s rights worldwide. Is there anything else you would like to add? 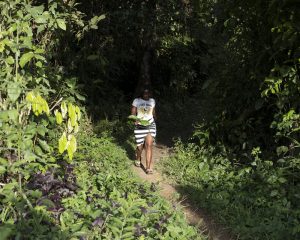 A still from The Bush School.

Emanuela Zuccalà: I hope my documentary comes to the attention of international NGOs, UN agencies engaged in Liberia, and those responsible for EU cooperation programs, so that they commit themselves to linking aid and cooperation with respect for human rights, and in this particular case, to the promotion of women’s rights. With the association No Peace Without Justice, one of the first NGOs in Europe to fight against FGM thanks to the passion of the Italian politician Emma Bonino, we are planning a monitoring and advocacy mission in Liberia in order to investigate what can be done and how local organizations engaged in the difficult task of eradicating FGM can be supported.

We already have a program and several ideas, but we are looking for funds to support this mission: if you have come this far in reading this article, and you belong to organizations and foundations interested in helping us, please contact me! You can do this through AHA Foundation or by writing to me on Facebook, Instagram, or Twitter.

Finally, I thank AHA Foundation again for this precious opportunity to make my work, and the work of Liberian women’s rights activists, known in the United States.

WATCH NOW: Q&A with Emanuela After AHA’s Screening of The Bush School