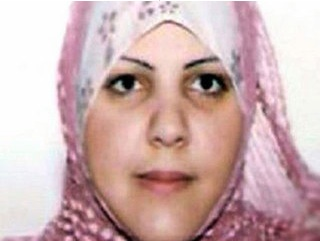 Shaima Alawadi, murdered in California in what was widely though to be a hate crime is now suspected to have been the victim of an honor killing.

If you don’t think forced marriage and honor-based violence are real problems in North America, recent news stories may surprise you.  This week alone, the following incidents were reported by the media:

At the AHA Foundation, we know that reported incidents of honor violence and forced marriage represent just the tip of the iceberg.  Each year, untold numbers of young women and girls in the United States fall victim to these practices, and many more remain at risk of oppression and violence perpetrated in the name of religion and culture.

The AHA Foundation is dedicated to bringing these abuses to light, and protecting the women and girls at risk.  We are working tirelessly on initiatives that include:

To support these programs, please consider making a tax-deductible donation to the AHA Foundation today, or purchasing one of our HONOUR products.  Your gift will go directly towards our crucial initiatives, and could help save the life of an at-risk woman or girl – before she becomes another headline.