How I became a Stepmom and Wife at 15 in America 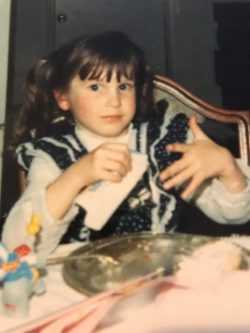 At the age of 15, Genevieve was forced into a marriage against her will. Now in her 30s, she speaks about the abuse she endured and educates others about the dangers child marriage. She helps survivors of child marriage, sexual abuse, and trafficking through her organization, the Resiliency Foundation. This is her story.

I was born in Southern California in the 1980s. The first five years of my life were fairly normal, like anyone else’s childhood. The next year, when I turned six, my mother married an emotionally unstable young man who had substance abuse problems. My life would increase in chaos thereafter.

My stepfather was physically and verbally abusive towards me on multiple occasions. I attempted to run away frequently, but always ended up coming home. After some time in foster care, I was reunited with my mom at the age of 14. She was living in a trailer park at the time in a new town in California that I had never been to. I knew nobody, and had no friends, so I enjoyed taking walks in the desert to pass time.

“This is where I would meet my ex-husband, John Malloy. He was a divorced father of two in his 40s, and I was 14.” 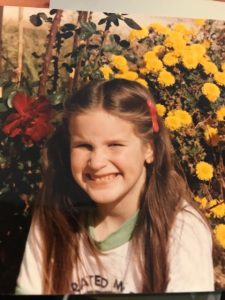 This is where I would meet my ex-husband, John Malloy. He was a divorced father of two in his 40s, and I was 14. I had to walk past John’s trailer to exit the park, and he would often be out front waiting for me to walk by as he smoked his cigarettes. He began with small talk when we would see each other and eventually moved onto complimenting me. Things at home still weren’t good, my mother refused to enroll me in school, which further strained our relationship. I began to hide out at his house to escape my home life.

John took advantage of me. My ex-husband groomed me from the beginning and began kissing me when I was still 14 years old. Eventually my mom found out about it, and pressed charges against him. He was arrested, then released on bond until his court date. Soon after, my mom proposed a solution: I marry him so we can avoid “ruining his life.” She blamed me for his sexual advances and said I needed to make it right.

I was scared and confused. A 15-year-old getting married? No way that happens in the U.S. My mother and her ex-husband attempted to get us married in California and Nevada, but they were turned down because I was not pregnant, which at the time was a prerequisite for children getting married in those states.

Two states denying them wasn’t a deterrent. We rented a fancy car and drove to Utah for our third attempt. The judge said no. She didn’t believe in “children having children.” I was so relieved. My mother still argued that my proposed spouse had a vasectomy, so children were not possible. The judge was firm in her decision.

“By the time we reached Louisiana, I was feeling very overwhelmed and scared. I started panicking and trying to devise a way to get out of this horrible situation.”

Somehow, my mother and John figured out that we could get married in Mississippi. So, John borrowed an RV from his mother, and the two of us drove from California to Mississippi. Before leaving, my mother signed over guardianship to him, and we left on our almost 2,000-mile journey. By the time we reached Louisiana, I was feeling very overwhelmed and scared. I started panicking and trying to devise a way to get out of this horrible situation. I have never met my biological father, but I was told that he lived in Louisiana and had family there. I stopped as often as I could and looked through phone books and called people with his last name. I never reached anyone, and as we got closer and closer to Mississippi, my heart sank. I did not want this. 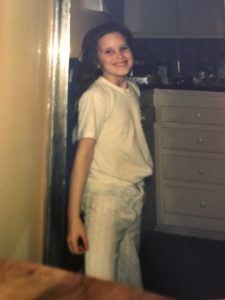 When we got to Mississippi, I tried to talk John out of it. He said that my mom signed me over to him, that she didn’t want me, and tried to make me believe that he was helping me out of a bad situation. He made it sound like he was saving me and that I was the lucky one. The morning of my wedding I put on an old, faded, polka dot cotton dress. I tried to do my makeup in the little camper mirror, but I couldn’t stop crying, so I didn’t wear any. We went to the courthouse and got married with no issues. I only remember feeling numb and hopeless.

“We went to the courthouse and got married with no issues. I only remember feeling numb and hopeless.”

I was a wife and stepmom at the age of 15. My husband was 43. I had no way out, because legally I could not obtain a divorce until I was 18. While I should have been worrying about my test grades and extracurricular activities, I was instead dealing with eviction notices and taking care of my alcoholic husband. I never experienced dating, high school football games, or even going to the prom.

My married life was filled with more abuse, and more chaos. I had to grow up much faster than most kids my age, and instead of enjoying life, I lived to survive. My ex-husband didn’t have a consistent job, so we constantly struggled financially. Most nights he would drink himself to sleep, and smoked pot often. I felt very ashamed and isolated in my situation. Everything was a struggle.

“I had to grow up much faster than most kids my age, and instead of enjoying life, I lived to survive.”

I tried to leave the relationship at 19, but I had nowhere to go. A year after leaving, I ended up pregnant at 20, but it was not John’s child. Having no place to live, I ended up moving back in with him, and having my daughter, Ashley. A few years later, John decided to file for divorce, and he wanted custody of Ashley. Although the court knew that John wasn’t Ashley’s biological father, they awarded him some parental rights. This tied me to him for the rest of my life. I felt so betrayed. I spent the next 16 years of my life co-parenting with him until Ashley turned 18. 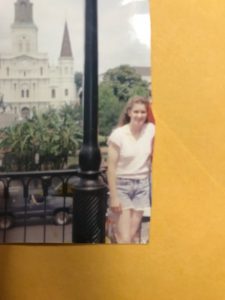 Genevieve at her honeymoon

Looking back, my childhood was taken from me. I think my life would have been different had I received help and intervention from child services, or stayed in foster care, but I can’t say for sure. I would have gone to school and received medical care at the very least.

“I should not have had to endure any of these situations, and we must put laws in place to protect children in the U.S.”

I should not have had to endure any of these situations, and we must put laws in place to protect children in the U.S. Federal legislation does not protect minors at all because it leaves the marriage age and exceptions in the hands of the states. By having different laws across different states, determined individuals can shop around and find a state that allows for child marriage, which is exactly what happened to me.

“By having different laws across different states, determined individuals can shop around and find a state that allows for child marriage…”

I call on lawmakers to come to the table with a clean slate, set aside your past viewpoints, and look at things from a survivor’s point of view. Listen to my life story, and realize that with stronger anti-child marriage laws, my childhood could have been very different. Early marriage should not be a solution for escaping a bad home life.

We must end child marriage in the U.S.