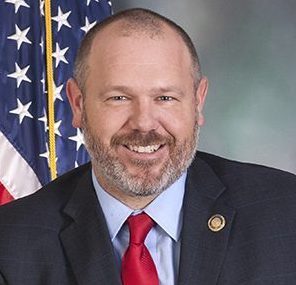 With a much-needed focus on the health crisis, state governments were focusing almost exclusively on the pandemic for the past few months. Pennsylvania Representative Jesse Topper however saw an opportunity to help protect thousands of girls in his state while keeping COVID-19 in mind.

When the coronavirus hit, it seemed as though a bill to abolish child marriage in Pennsylvania was dead in the water. State legislators had agreed to pass only COVID-19-related bills. Having visited legislators’ offices in Harrisburg on multiple occasions over the past few years to speak about the dangers of child marriage, our team at AHA was concerned that no progress would be made in the first half of the year. But representative Jesse Topper was not to be deterred from safeguarding children in his state: instead of giving up on the bill, he found another avenue to get it passed. In this blog, he shares with you his efforts and inspirations in the fight.

AHA Foundation: What originally made you want to fight for anti-child marriage legislation?

Representative Jesse Topper: It’s not an issue that was ever on my radar before Unchained at Last and Fraidy Reiss brought my attention to it during a meeting in my office. I was shocked at the prevalence of forced, child marriage in the United States and in Pennsylvania in particular and decided it was a battle worth fighting. This is not something that just happens in other nations, it’s right here in our backyard.

“I was shocked at the prevalence of forced, child marriage in the United States and in Pennsylvania…”

AHA Foundation: On May 11, after more than three years of work, Pennsylvania became the third state to fully ban child marriage. Why did you feel like it was so important to get the bill passed now, amid the pandemic?

Topper: I’ve always felt the sense of urgency to pass this legislation because the lives of children were at stake. I truly see this as a child protective measure.

In a certain sense, the pandemic actually provided an opportunity to get this done because we had to move some COVID related amendments that dealt with background checks and online marriage applications and this bill provided the perfect vehicle for those amendments. I thought this was a way to address multiple problems in one bill and my colleagues agreed.

AHA Foundation: How long have you been trying to get this bill passed? Has it been tough to keep up the persistence, especially at the time when COVID-19 related bills were at the forefront of everything?

Topper: I introduced this legislation towards the end of last session along with my colleague Perry Warren, but there wasn’t enough time left on the legislative calendar to get it across the finish line and to the Governor’s desk.

“I made it clear to our Republican Leadership that this bill was my top priority.”

So at the beginning of this session, I made it clear to our Republican Leadership that this bill was my top priority. I also worked to get my colleagues in the Senate on board so that we all moved in the same direction on this issue.

AHA Foundation: What would you say to other state representatives who are considering picking up the fight to ban child marriage in their state?

Topper: Before you introduce the bill or even send out a co-sponsor memo, go and speak with your colleagues personally and explain why you’re working on this issue. Bring in the experts and survivors and share their stories so that other members understand the lives destroyed by this practice.

AHA Foundation: There are 46 states that still have not banned child marriage. In what ways can supporters wanting to ban child marriage best impact the work of their legislators on this issue?

Topper: Be in their offices in person with personal stories from those whose lives have been altered by forced marriage. Form emails and letters don’t work; contact them personally and make the case of why this is a child protective measure. Personal contact from constituents will always have the most impact on a legislator.

• Why Laws Against Child Marriage Are Now Needed More Than Ever