“I Joined AHA Foundation to Give A Voice to Liberal Values” 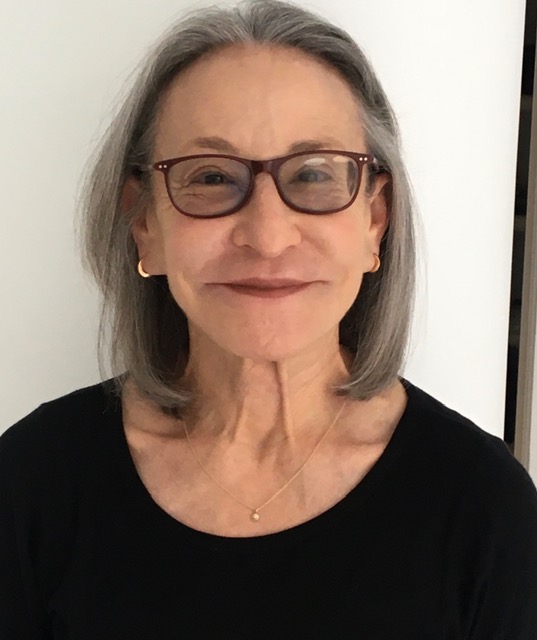 When Ayaan Hirsi Ali first appeared in major news outlets, Debra Coplan paid only a little attention to the stories surrounding the then-Dutch Parliamentarian. In fact, it wasn’t until a decade later that the liberal values Coplan was surrounded with as a child brought her closer to Ayaan and her foundation. In the following essay Debra tells AHA about her journey and her concerns with the modern-day women’s rights movement.

These are the opinions of Debra Coplan and not necessarily those of AHA Foundation.

I first heard about Ayaan Hirsi Ali in 2004, after Dutch director Theo Van Gogh was murdered for making a film with Ayaan exposing radical Islam and the subjugation of women in the name of religion. The conflict seemed to be overseas and did not affect me personally, so I didn’t pay much attention to it.

This changed in 2014, when Ayaan’s planned commencement speech at Brandeis University was canceled because of her previously stated opinions. I realized then that she had something to say but was being prevented from being heard. Ironically, this attempt to silence her brought my attention to who she was and what she was trying to talk about. And what Ayaan was saying in defense of women’s rights resonated strongly with me.

In 1968 when I was still a kid, my parents hosted Dr. Martin Luther King Jr. at our house only two weeks before his assassination. The influence of being surrounded by people and politics of that time had an effect on me.

I grew up in the 1950s and 60s in West Hollywood and Beverly Hills, California. Both were very liberal, progressive, and tolerant communities, with most people registered as democrats. My parents were both politically progressive people that were active in the Civil Rights Movement at that time. They were secular and I did not have a religious education, but I attended a Jewish Sunday School that emphasized Jewish culture and history.

In 1968 when I was still a kid, my parents hosted Dr. Martin Luther King Jr. at our house only two weeks before his assassination. The influence of being surrounded by the people and politics of that time had an effect on me. It was a natural transition to women’s issues, and I was, and still am, particularly concerned with women’s reproductive rights.

I came from a time when young women would subject themselves to dangerous situations to end unwanted pregnancies because abortions were inaccessible. At that time, I had not been active in any women’s groups specifically, but was on the board of the American Civil Liberties Union (ACLU), aiding support of women’s reproductive rights.

I joined AHA Foundation in response to the 2017 National Women’s March. One of the event organizers was wearing hijab, which bothered me. She was also a woman who had previously said deeply offensive and misogynistic comments about other women who disagreed with her personal opinions on Sharia, the Islamic religious law, and her interpretation of Islam. This was baffling to me. I understood why Ayaan called this woman a “fake feminist” and criticized her for making controversial statements in support of Sharia.

The idea that women must remain modest by covering up is not a feminist idea. I think people should be free to wear what they want. However, until it is a choice for all, I wish women in this country would protest wearing hijab to support those women who are forced to wear them. To me, that would be a liberal and a feminist idea.

By becoming involved with AHA Foundation, I wanted to give a voice to liberal values. I hope to make people aware that not all cultures have equally good ideas concerning women.

Unfortunately, many women in Iran have paid an extreme price for removing their hijabs and being beaten up or punished for not wearing it. Wearing hijab is not optional, as it is in the United States. For some women and girls, the family pressures them into it.

By becoming involved with AHA Foundation, I wanted to give a voice to liberal values. I hope to make people aware that not all cultures have equally good ideas concerning women. Hiding behind the culture of diversity does not make harmful practices less dangerous. Covering women up to make them modest, sentencing them to forced marriage, or the practice of FGM does not give equal opportunities for women.

I also became involved with AHA Foundation because of my concerns of anti-Semitism coming from many Islamists in this country. By identifying as people of color, and aligning themselves with the oppressed in the culture of diversity, many Islamists are gaining traction as victims. They are making inroads not only in the Women’s March but on college campuses and many other institutions. They have a voice on the political Left, who have become lazy in their ability to think critically. I don’t think most on the Left would want to live under a theocracy, with women veiled and gays criminalized and murdered.

I’m not sure the emphasis on diversity that is going on in our country has helped bring people together. I understand the motivation. Not all people in this country have had equal opportunity. I think Martin Luther King’s message of hope in the future that all people would not be judged by the color of their skin seems to be put on hold for now. I hope that changes.

We are so honored to help get Peter's voice onto college campuses across the nation. Being able to discuss complex topics, and debate our stances in a civil way is so important. #CriticalThinkingFellowship twitter.com/peterboghossia…

Should the beliefs of historically oppressed persons get special consideration when deciding between true and false? Full video: youtu.be/XIxwBN3D89M pic.twitter.com/dM3WGXDTfu