Ibn Warraq, the Godfather Of the Ex-Muslim Movement, Speaks About Future Dangers of Islamism On the 20th Anniversary of 9/11 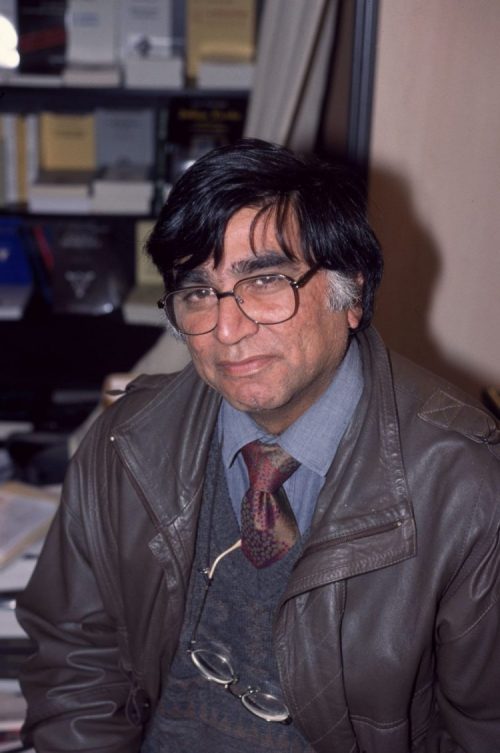 Ibn Warraq is the author of many books on Islam, from his 1995 classic Why I Am Not A Muslim to his 2020 survey of dissidence in the Muslim world, Leaving the Allah Delusion Behind. His criticisms of Islam have been widely influential for many ex-Muslims. As one of the earliest people to speak out about the problems within Islam, he is the perfect person to speak to on this day, the 20th anniversary of the 9/11 attacks on the United States.

AHA Foundation: Just to start, can you tell us a little bit about your own story? You’re an ex-Muslim, but how did you fall away from Islam? What made you embark on a scholarly career criticizing Islam?

Ibn Warraq: My fight against Islamic fundamentalism really began with my first book, Why I am Not a Muslim, and is closely tied to the humanism and rationalism of Dr. Paul Kurtz, the founder of the Center for Inquiry (CFI), and, even more importantly, Prometheus Books, which eventually published ten of my books. Kurtz and Prometheus Books gave me the courage to pursue my scholarly career.

As for my life’s journey, I have written about it elsewhere but to summarize: my father was clearly an agnostic who did not want to see me growing up in a theocratic totalitarian state. So he sent me to a series of boarding schools in England, and by the age of 15, I was also an agnostic and rationalist who did not believe in any religious dogma. I was in touch with the humanist movement established by Dr. Kurtz in upstate New York and eventually began writing for the CFI’s inhouse journal Free Inquiry, writings which led me to continue my Islamic research.

“Unfortunately, the West and U.S. in particular are still willfully ignorant as to why the Islamists hate the West.”

AHA Foundation: You were writing before 9/11, whose 20th anniversary is coming up. For many other doubters, 9/11 was a turning point, but how did you react to it as someone who was already speaking up about the dangers of Islamism? What, if anything, has the West learned in the 20 years since 9/11? Have we dealt with the Islamism issue well?

Ibn Warraq: I felt vindicated but it gave me no pleasure to know I had been right, I was unable to declare triumphantly “I told you so.” Unfortunately, the West and U.S. in particular are still willfully ignorant as to why the Islamists hate the West. The Democrats, in particular, refuse to acknowledge the true nature of Islam and are obsessed with finding the “root cause” of terrorism in poverty and U.S. foreign policy. It is Islam itself which is the root cause of Islamic terrorism. Jihad in the military sense is a religious duty incumbent upon all Muslims, in order to bring about a global Caliphate ruled according to the Sharia, Islamic law.

To keep the U.S. safe, the Pentagon, the FBI, the CIA, and Homeland Security must stop being politically or Islamically correct. Time and again, all these organizations have been infiltrated by Islamist agents; they must be weeded out. To do that successfully, they must consult people like Steve Emerson, Stephen Coughlin or even Robert Spencer, who are all aware of all the Islamists out there. They can help identify all the Islamist wolves in sheep’s clothing.

AHA Foundation: What do you make of the Taliban re-takeover of Afghanistan? Is this a step backward in the battle against jihadism? What do you think the effects will be, both broadly and on the anti-Islamism battle in particular?

Ibn Warraq: The Taliban takeover of Afghanistan is a disaster, especially for the women of that wretched country—but how long could the West stay there? Are American lives worth sacrificing to keep the jihadis out? I really do not know what the real solution is. This defeat will undoubtedly embolden the jihadis and will continue to haunt the West for years to come.

AHA Foundation: You’ve been cited by Yasmine Mohammed and others as the godfather of the ex-Muslim/anti-Islamism movement and Ayaan Hirsi Ali has credited you, in large part, with her own journey away from the faith. How has this movement changed and grown in the last couple of decades since you started writing about it? What do you think the future of the movement looks like?

Ibn Warraq: I am hugely flattered because it means my efforts have not been in vain; that I have made a difference. It surely is the best compliment a writer can receive, that his writings have influenced the way readers think. The movement has grown enormously in the last few years and is likely to expand further. I document the rise of the movement in my latest book, Leaving the Allah Delusion Behind, which was written to encourage it. In my opinion, the future of the movement lies with the founders of the Ex-Muslims of North America. They are young, very dynamic, and totally committed to the anti-Islamic cause. They had plans to bring the movement to the attention of university students in North America by organizing debates but COVID-19 and censorship by the university authorities shut it down. However, ex-Muslims are still able to use social media and there is no way this movement can be silenced permanently.

“[Ayaan’s] rationality, humanism, and courage are truly inspiring, and we can all learn something from her example. For it takes courage to stand up against the woke culture that seems to have gripped the West, and might well destroy it.”

AHA Foundation: Tell us a little more about your relationship with Ayaan. How did you first meet? How have you worked together? What do you think are her most important contributions to the debate on Islamism?

Ibn Warraq: I had met her several times around Europe—including a time we both talked on a panel at the U.N. about Islamism—but was never able to really chat with her.

The only time I managed to talk to her was when she invited me to a conference, organized by her, in Palo Alto two years ago. She graciously agreed to write a preface to a new edition of my first book, Why I Am Not A Muslim, which, according to her, had an enormous influence on her thinking, and gave her the courage to leave Islam.

I admire Ayaan more than any other person I know. I agree with everything she has ever written, especially her recent op-eds in the Wall Street Journal defending the West in general, and the USA in particular. Her rationality, humanism, and courage are truly inspiring, and we can all learn something from her example. For it takes courage to stand up against the woke culture that seems to have gripped the West, and might well destroy it.

AHA Foundation: Do you have any last words of wisdom or inspiration to share with our readers?

Ibn Warraq: Support the work of AHA Foundation. Invite me to speak at conferences. Fund my research.

There are signs that rationalism and atheism are gaining ground in Islamic countries. Congress and the President of the U.S. should support apostates, and please do not make any deals or sign any treaties with Iran. Continue to apply sanctions on Iran. It is the key to the entire region, and there will not be any peace until a democratic government has been installed. The people of Iran have had enough of Islam, and theocratic totalitarianism. But they lack leadership, so any dissident movements inside Iran must have the support of the U.S.