In Salzburg, at the first-ever CLARITy Coalition conference, Ayaan Hirsi Ali’s dream came true: “I hoped and dreamed that I would find common cause with Muslim dissidents to put our differences aside and work together to defeat Islamism. This weekend, a small piece of that dream is realized.”

At the end of October this year, a truly momentous event took place: the first-ever conference of the CLARITy (Champions for Liberty Against the Reality of Islamist Tyranny) Coalition. Years in the making, and supported by AHA Foundation, CLARITy brings together a diverse, global group of ex-Muslims, Muslim reformers, activists, authors, and more to champion secular, democratic values against the insidious ideology of Islamism.

The conference took place over 3 days in Salzburg, Austria, at the historic lakeside Schloss Leopoldskron. It featured panels on a wide variety of issues with experts from all over the world. As 2022 comes to an end, we want to thank you for your support, without which we would never have been able to help CLARITy get up and running, let alone put on this inspiring conference. You helped us achieve one of our founder Ayaan Hirsi Ali’s greatest dreams.

Stay tuned for more highlights from the conference in coming months. But first, to share the big vision at the heart of CLARITy, we present the transcript, lightly edited for clarity and length, of Ayaan’s opening speech to the attendees in Salzburg (you can also view the video of Ayaan’s keynote above).

I’m delighted to be here in Salzburg with my AHA family. It’s a serene place, and it’s laden with history and magnificence. It’s hard to imagine that less than eight decades ago, a genocide was underway right here in these gorgeous European cities and towns. It’s hard to imagine that a people who could produce such beauty were also capable of extreme barbarity and destruction.

And it’s hard to imagine that Europe in the 1930s and 40s was in the grip of a dead-end ideology, one that was so nihilistic and destructive as to claim the lives of tens of millions of people. Yet that war ended, that ideology was defeated—never to reappear.

I find a sense of peace and purpose when I visit the memorials of World War Two. And by purpose, I mean a very strong sense of optimism. Each time I despair about the human condition and the terrible ideologies of today, I look at the past of this country and her neighbors, and I get out of that the inspiration to hope and to dream about a different future. A future in which people are inspired by ideas that lead to peace, to tolerance, to pluralism, and to a strong commitment to protect and respect the rights of everyone, particularly the vulnerable.

Hopes and dreams are comforting. But without effort, hopes and dreams cannot be fulfilled. Conviction drives effort. Those with totalitarian ideologies work hard to win over, to manipulate, to propagandize and to coerce most members of society to their way of thinking and organizing society—at whatever cost. If you dislike this process, but sit back and do nothing more than complain, then your hopes and dreams amount to nothing.

In the last two decades, I hoped and dreamed that fellow Muslim dissidents and I would find common ground to avert the realization of a society established according to the dictates of sharia law—the utopia imagined by the likes of al-Qaeda and ISIS, which would, in fact, be a hellish dystopia.

I hoped and dreamed that I would find common cause with Muslim dissidents to put our differences aside and work together, strategically, to defeat Islamism, the radical ideology of Hassan al-Banna, of Osama bin Laden, of Ayatollah Khomeini, of Sayyid Qutb, and of Abu Bakr al-Baghdadi. Not in the theater of war, though—that’s to be left to the military professionals—but in the battlefield of ideas, in mosques, in schools, in universities, in the media, among policymakers, online—in every storytelling and meaning-making institution in our societies.

Read More
This weekend, a small piece of that dream is realized. Here we are. We’ve come together, flanked by our supporters, who were not born into Islam. These are donors, writers, thinkers, journalists, and activists. They are the people who resisted intolerance towards Muslims, even as they were appalled and angered by the message and actions of the radical Islamists. I would like to extend a warm welcome to you for sticking with us through thick and thin.

In that respect, I see quite a number of opportunities today that didn’t exist a decade ago. The current trends in the global politics of dawa—that’s indoctrination of young people with radical Islam—across the world point in two directions. Some are positive, while others are very concerning.

I would like to start with Saudi Arabia. The main development is this: Saudi Arabia, like the United Arab Emirates and Egypt, has stopped funding dawa. They’ve done it for a few reasons. First, economic self-interest. If they are serious about diversifying away from oil, that means allowing some forms of modernity and demoting the Wahhabis. And that’s what the Saudis are doing, as my friends who visit this country testify. 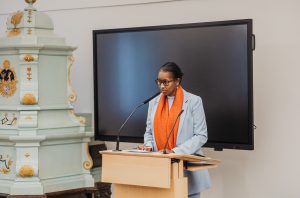 Second, in Saudi Arabia, in Egypt, and in the wider Middle East, there’s an increased social pressure for change. Two-thirds of the population is under the age of 35. ISIS became a big threat to the Saudi royal family and other monarchies in the region. This led these governments to stop funding the Islamists and indeed to crack down on them. Once at the core of the country’s governance, dawa is no longer a priority for Saudis, even if non-government money may still go to Wahabis and their ilk. I think we should be cautiously optimistic about the direction that the Saudi government has taken, even though that government remains repressive and brutal.

Now let’s move to Iran. Despite the huge scale of the latest protests following the murder of Mahsa Amini by the theocratic hugs, it’s hard to say whether the regime will fall. The most remarkable thing is that Iranian women are protesting with the help of their male relatives. In Saudi Arabia, despite the law, you still need a male guardian to do many things. Iranian women have demonstrated astounding courage, but they would not be able to stand up to the regime so fearlessly if they didn’t have the backing of their men.

Meanwhile, however, Indonesia, the world’s fourth-most populous country, is going through a bottom-up Islamization because the government depends on the capacity of Islamist groups to organize. The other place that’s interesting is Pakistan. I’ve come across Pakistanis who say they’re not Muslims anymore, or they favor reform of Islam, and they advertise that. But the population remains conservative, and the government is still in bed with Islamists.

Finally, a word about Muslims in the Russian Federation. Thousands of Chechen men have been in the vanguard of Russia’s criminal invasion of Ukraine. Yet, Chechen women have been leading anti-war protests at home. These women get threatened and sometimes arrested. The church and government even order men to beat their wives if they attend anti-war protests, but they continue to resist this horrible war.

“It’s very much possible that the Islamists will make a comeback. So what can we in the West do in this time of flux? And what role can Muslim dissidents play?”

So in short, the picture in the Muslim-majority world is complex. And it’s hard to know which direction it will take in the coming years. In times of crisis, people generally turn back to religion. In the wake of the pandemic, of the war, of economic turmoil, it’s very much possible that the Islamists will make a comeback. So what can we in the West do in this time of flux? And what role can Muslim dissidents play?

Even if the tide of terrorism has receded in recent years, the challenge of Islamism and the challenge of dawa remain formidable. First, I think it’s important to acknowledge that we confront an ideology that seeks to penetrate key institutions of our society—family, schools, media, society as a whole. Second, in their outreach to Western policymakers, Islamists purport to speak for all Muslims, which is highly misleading. We need to work harder to challenge that dangerous illusion.

To the extent that policymakers in the West focus on Islamism, they’ve mainly focused on violence (that is, the jihad aspect of it) and not on dawa, and this has to change. Western governments, I think, should acknowledge that combating Islam[ism] by military means alone is not working. Western governments should also define the enemy more clearly. Political Islam or Islamism is not just a religion. It’s a political ideology. It’s dangerous. It’s nihilistic, it’s a dead-end ideology. We should say that, we should spell it out. At the same time, the solution to the challenge of dawa is unlikely to come from governments, either from Western governments or governments in the Muslim world. What can we do to disrupt our, to counter it, to fragment it?

“It’s my conviction that if we stand up to those who demand that we either submit to their worldview or die, that if we stick together, we have a very good chance of prevailing.”

Obviously, it’s important to map the Islamist networks of dawa around the world, including funding—to track them and counter them. But beyond that, what can be done? Muslim dissidents and Muslim reformers have a crucial role to play, not just by providing warnings, but in explaining the nature of things clearly to those who know little about this issue, to the complacent and to people who view Islamists through rose-colored glasses, or who mistakenly equate Muslims with Islamists.

Our objective is to fight conviction with conviction, ideas with ideas, words with words, and always operate within the parameters of the laws of our liberal democratic countries. It’s my conviction that if we stand up to those who demand that we either submit to their worldview or die, that if we stick together, we have a very good chance of prevailing.

Some Photos from Salzburg 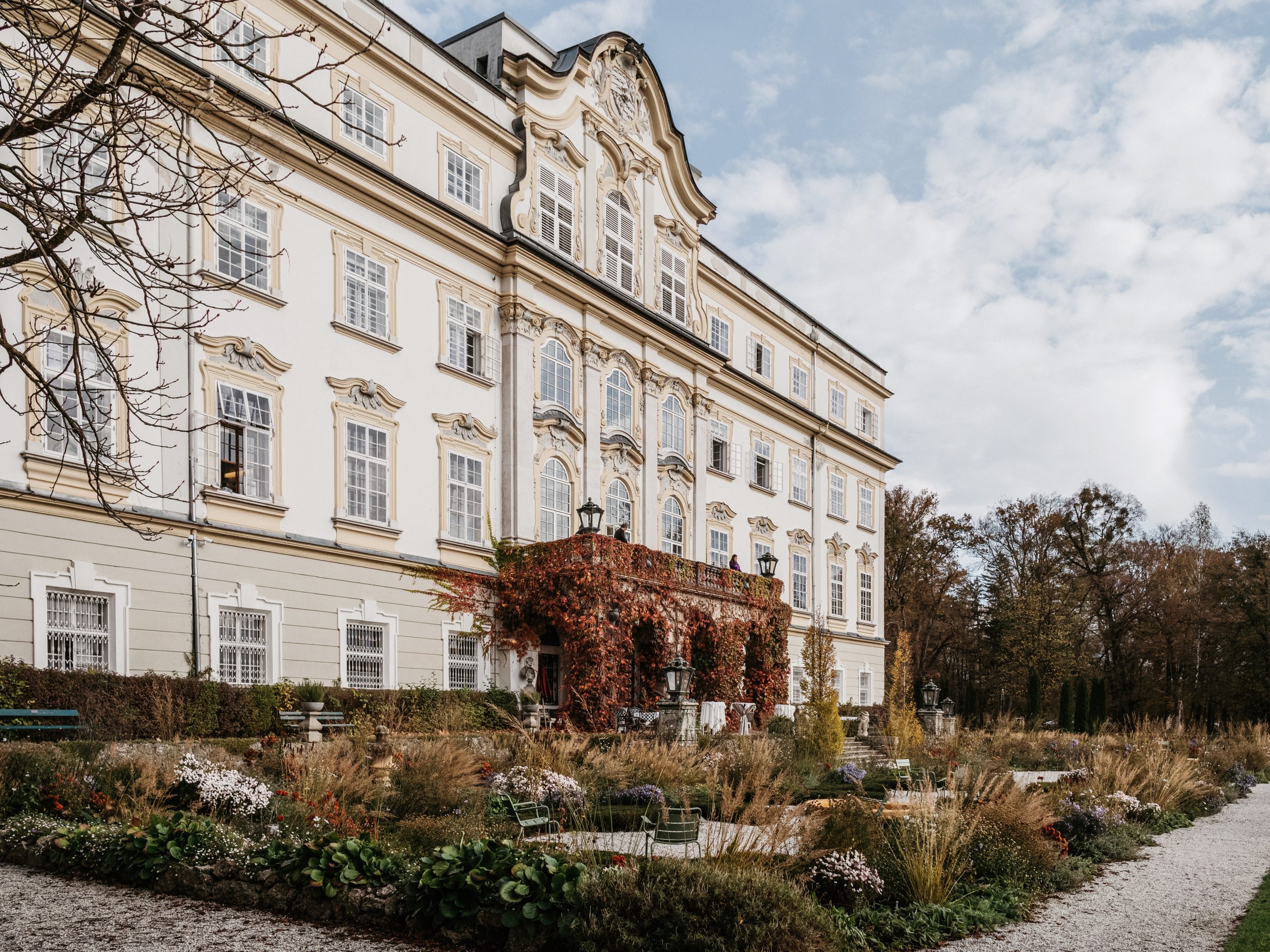 The conference was held at the historic Schloss Leopoldskron, Salzburg. 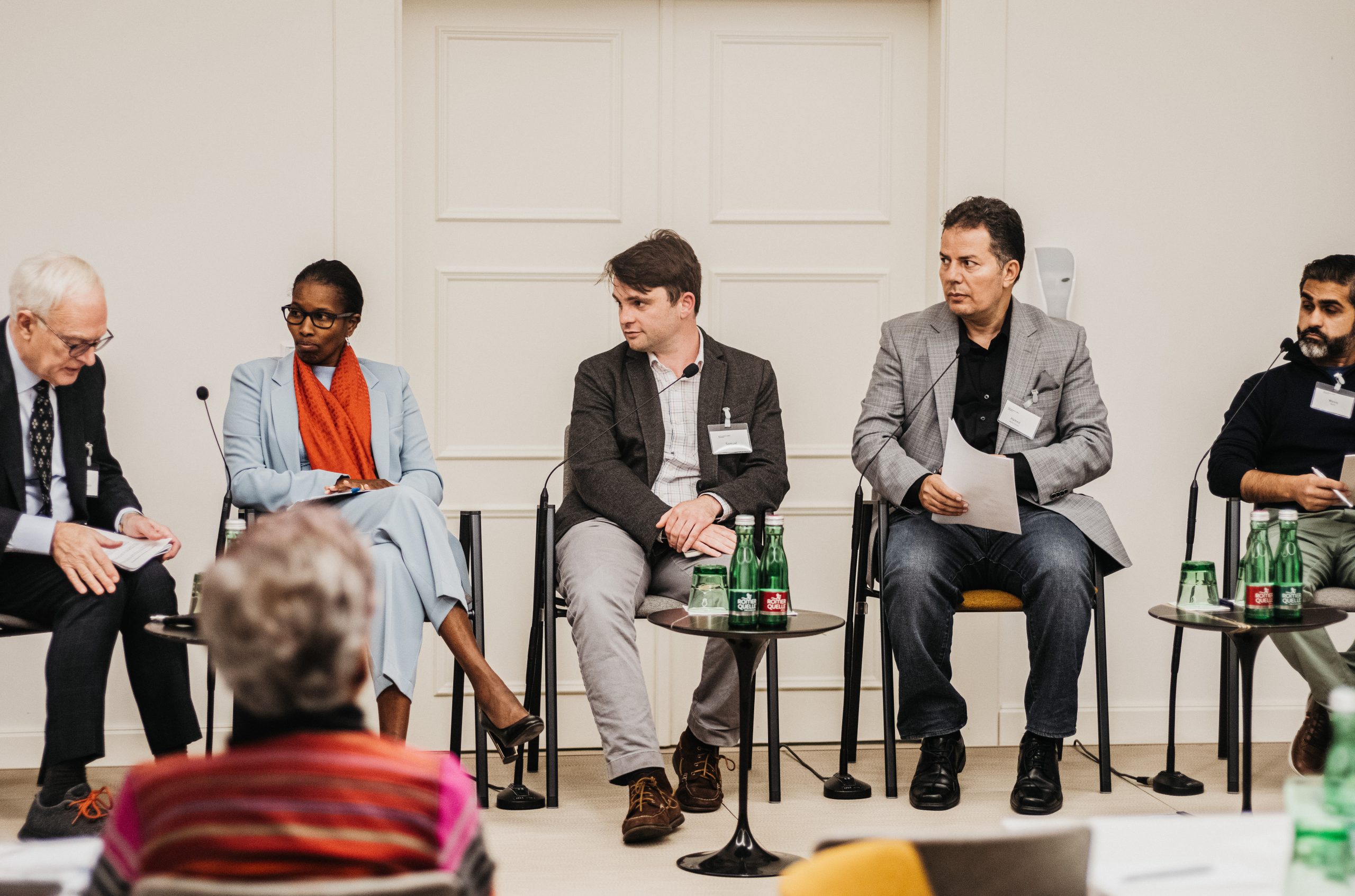 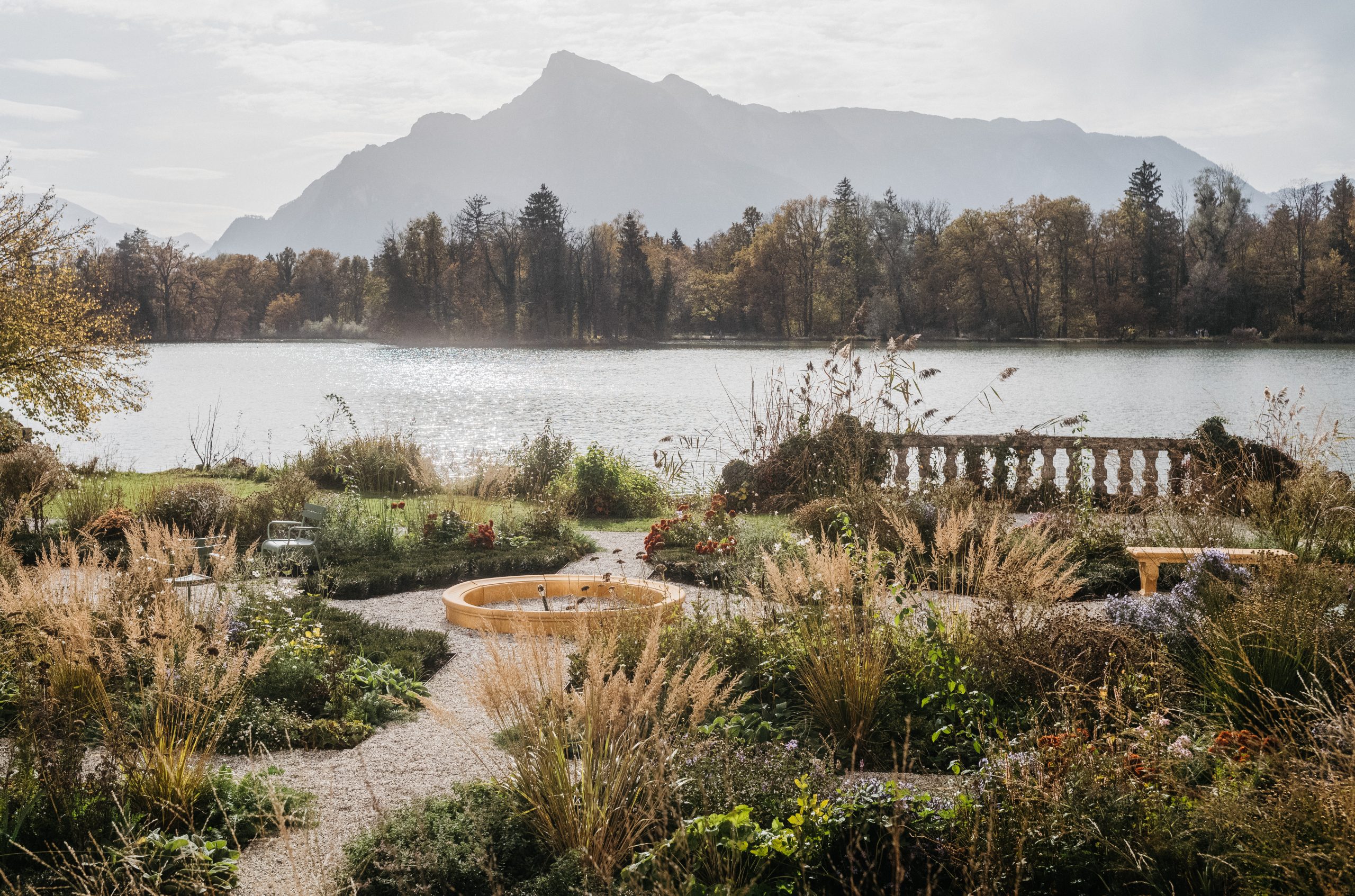 The Schloss stands by a beautiful lake. 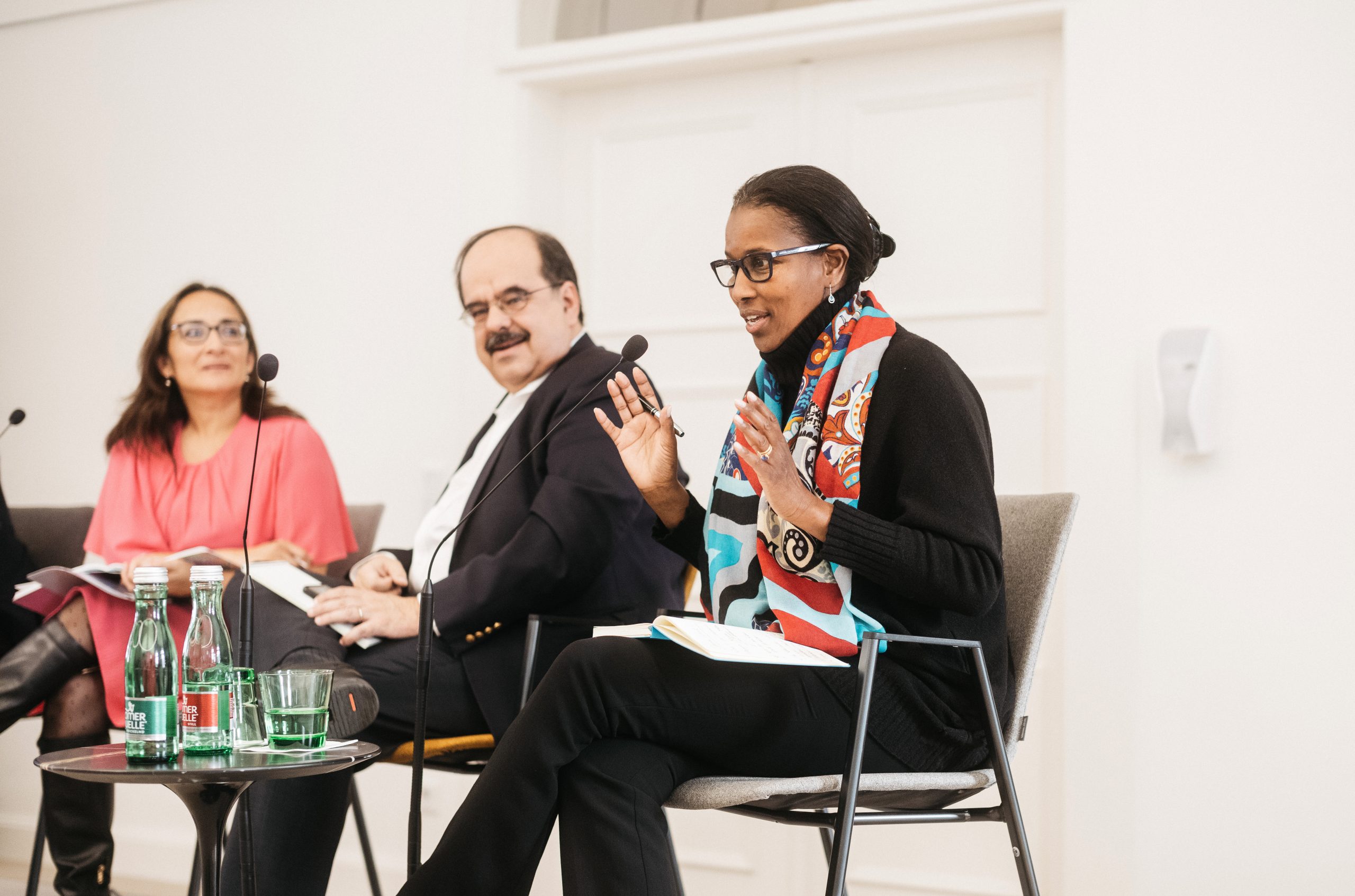 Ayaan on another panel about how to counter Islamist narratives in the media. From Ayaan’s left: fellow panelists Alberto Fernandez and Asra Nomani. 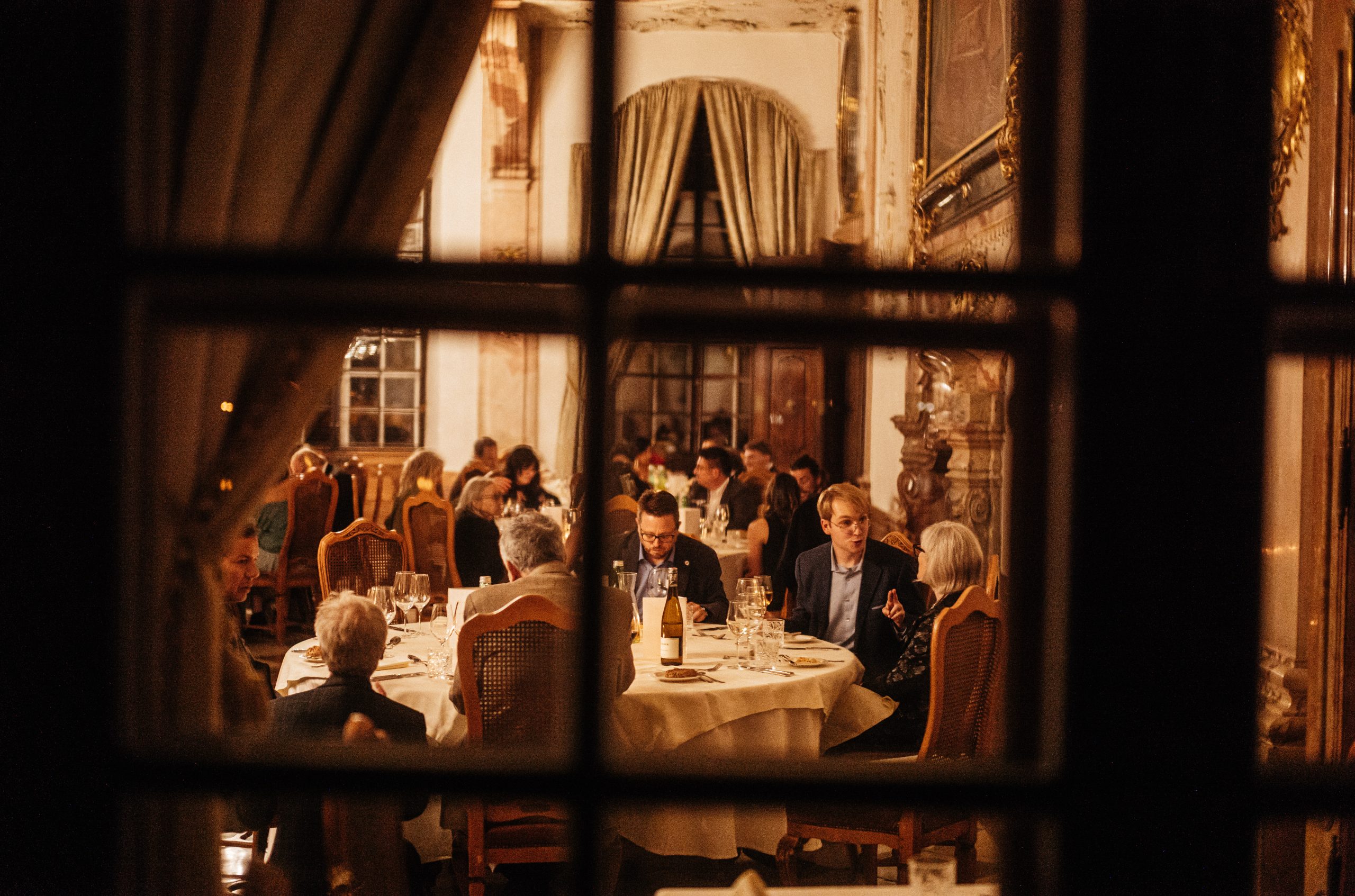 In the Schloss’s Marble Hall, the attendees gathered for dinner and discussion. 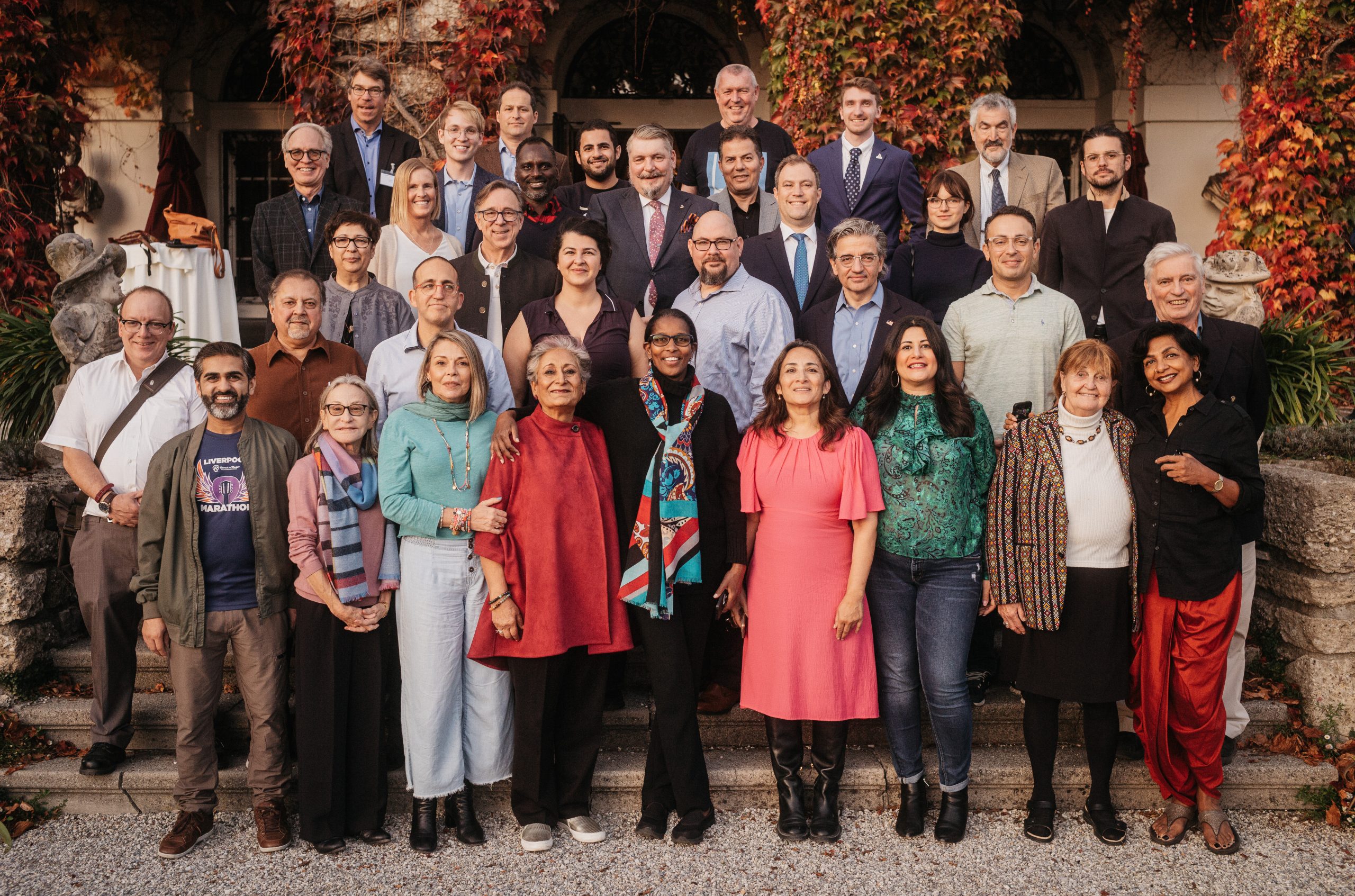 Read: Dalia al-Aqidi Reports on the Conference for Arab News

Read/Watch: Raheel Raza’s Report on the Conference for Rebel News

Find Out More About CLARITy Coalition