Massachusetts Bans FGM After Seven-Year Push by Survivors and Advocates 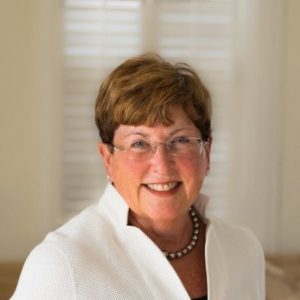 It took seven years for the work to come to fruition, but on August 6 of 2020, the state of Massachusetts finally signed a bill into law banning FGM. It wouldn’t have been possible without the hard work of the Massachusetts Women’s Bar Association, survivors, and other advocates.

When the Massachusetts Women’s Bar Association first began efforts to ban female genital mutilation (FGM) in Massachusetts in 2013, the state was ranked as the 12th highest state nationwide for women and girls at risk of or living with FGM according to a Brigham and Women’s Hospital report based on 2000 U.S. census data. Despite this clear warning, it took almost a decade for the Massachusetts state government to pass anti-FGM legislation. FGM-ban advocates faced difficult setbacks: legislators were not familiar with FGM, the fight often became political, and this spring, the pandemic consumed the world.

AHA Foundation: For the past 7 years, the WBA of Massachusetts Task Force on FGM has spearheaded the advocacy efforts to ban FGM in Massachusetts, with you serving as the chair for that entire time. There were many moments in this fight when it seemed we were facing a wall and our message to protect girls in MA was not heard—but the tenacity of survivors and advocates finally paid off. What was your reaction to the news about the governor signing this bill into law earlier this month?

Deborah Benson: Relief. While the passing of the bill is a victory, the fact that a law like this is needed to end a practice that violates the human rights of girls is not cause for celebration.

While the passing of the bill is a victory, the fact that a law like this is needed to end a practice that violates the human rights of girls is not cause for celebration.

AHA Foundation: How did your involvement with this bill start? How much about FGM did you know when you started to work on the bill?

Deborah Benson: When I retired from my law practice in 2014, I focused on work advancing the rights of women and girls. This work included helping elect women to leadership roles in government, passing equal pay laws and laws dealing with parental leave, ending child marriage, FGM, and other human rights abuses.

The UN had just unanimously passed the FGM resolution in December of 2012 calling for better laws and law enforcement. Curious, I took a look at the various state and federal laws in the U.S. and was surprised at how inadequate they were. Some states, like my own, Massachusetts, had no law at all, and given the necessary mens rea [the intent to commit a crime/wrongdoing], existing criminal laws could not be relied upon.

I wanted to respond to this and my sense was to develop a comprehensive law in Massachusetts and use it as a model for other states to adopt. This model would treat FGM as a violent crime and a form of child abuse, provide civil remedies, training for first responders and education, and community awareness.

AHA Foundation: What were the hardest times for you in the fight toward the FGM ban in Massachusetts? How did you overcome these?

Deborah Benson: Understanding the role that politics plays in lawmaking. Sometimes a roadblock has nothing to do with the merits of the issue. Also, understanding that there are many competing issues that are equally compelling and that the legislature only has so much bandwidth.

AHA Foundation: Were you concerned at any point during the most recent legislative session that the COVID-19 pandemic would cause Massachusetts legislators to put the anti-FGM bill on hold?

Deborah Benson: Of course, but I was also motivated by the fact that other states [Kentucky, Pennsylvania, and Minnesota] had managed to pass their laws protecting women and girls during this period and I shared that information with the legislators we were working with.

I was also motivated by the fact that other states [Kentucky, Pennsylvania, and Minnesota] had managed to pass their laws protecting women and girls during this period…

AHA Foundation: Despite determined advocacy by the WBA, survivors, and other supporters of the cause, the initial vote of the Massachusetts Joint Committee on the Judiciary in 2016 was a huge let down: the amendments that were made meant there were no longer criminal penalties associated with this harmful practice. What was your reaction to this turn of events?

Deborah Benson: Obviously, I was disappointed, but 2016 was our first session. It involved raising awareness and building allies in the legislature. At that time, many, I’d say most, legislators didn’t know about FGM and, if they did, they thought it was not something that involved girls in Massachusetts, so we had an enormous hurdle to overcome.

And remember, we were a group of volunteers. We did not work with a paid lobbyist. And we knew that passing this legislation could take many sessions. When we refiled the bill in 2017, we doubled the number of legislative bill sponsors including members of leadership, exceeding a majority in both the House and the Senate, so I believe we did our job of raising awareness.

At that time, many, I’d say most, legislators didn’t know about FGM and, if they did, they thought it was not something that involved girls in Massachusetts…

AHA Foundation: In the fall of 2017, powerful testimonies were presented to the Massachusetts Joint Committee on the Judiciary in favor of the FGM ban. This was an extraordinary effort by several survivors of FGM and a number of law enforcement, attorneys, and medical professionals. Then, in January 2018 the Committee made a shocking decision: they sent the bill to be studied which meant voting on it was postponed once again. What was your reaction to this outcome at the time?

Deborah Benson: Stunned. No one who works hard on a project wants to start over. But as an attorney, one thinks about not only how to present your case, but what obstacles or unintended consequences may exist or how circumstances may have changed.

We needed to identify and address those issues in the context of the times. We had presented powerful positive testimony earlier in the fall. However, at the time the committee chair made the decision to table the bill, the country was fighting about immigration bans that included many heavily practicing countries. The political winds were not blowing in our favor.

AHA Foundation: One survivor advocate, Mariya Taher, spoke at that time of her concern that legislators pushed the bill aside because it was election time, as they feared it would seem they were targeting immigrant and Muslim communities if they gave their attention to the issue of FGM.  Do you agree with that assessment?

Deborah Benson:  I do think the decision was politically motivated at least in part.

AHA Foundation: How did the fear of being labeled anti-immigrant and anti-Muslim play a role in slowing down progress on this bill over the past 7 years and how was it overcome?

Deborah Benson: I surmise that, at least in the winter of 2018, some may have had difficulty—at least thought the press or the public would have difficulty—understanding that support for the civil rights of immigrants does not mean turning a blind eye to harmful practices. Ultimately, when we discussed FGM as analogous to domestic abuse or other forms of child abuse, the issue tended to resolve itself.

Some may have had difficulty—at least thought the press or the public would have difficulty—understanding that support for the civil rights of immigrants does not mean turning a blind eye to harmful practices.

AHA Foundation: The ban was passed with unanimous votes, 39:0 in the Senate followed by enactment in the House by a vote of 159:0. AHA Foundation believes that a bipartisan approach is critical in ensuring the successful passage of comprehensive laws that protect children against not only FGM, but also other gender-based abuses such as child marriage. How, in your opinion, could have legislators in MA worked better together on this bill? Were there any missed opportunities and are there lessons learned for other states that still have not banned FGM?

Deborah Benson: I agree, it’s important to have bipartisan support and, in fact, support for the MA bill was bipartisan in the three sessions in which the bill was filed. Bills do not come to the floor for a vote, however, unless those in the leadership make the bill a priority. While it happened for different reasons in the House and the Senate this session, that is ultimately what made the difference.

The Senate President, in her first term, was a true champion of the legislation. In the House, it was pure politics. The other significant difference this session was that the Federal law had been struck down. While we had highlighted the need for state laws, the existence of the Federal law made it easier for those in leadership to push the bill off to another session, especially with competing priorities like the massive criminal justice reform legislation which was addressed in the 2017-18 session overshadowing just about everything else the Judiciary Committee was doing.

• What is Female Genital Mutilation?

• Has Your State Banned FGM?

AHA Foundation: In addition to making FGM a crime, the new bill has provisions about education and prevention programs. How important are these programs; what are their role in ending FGM in the U.S.?

Deborah Benson: I believe educational programs are very important, however, if we are to protect the current generation of girls, laws must also be enacted outlawing this practice.

AHA Foundation: Now that an FGM ban in Massachusetts has been passed, what are you planning to work on next?

Deborah Benson: Among other things, passing a similar law in Connecticut. While my home state of Massachusetts now has a law, my second home of Connecticut does not.

AHA Foundation: And how can our supporters help you in Connecticut?

Deborah Benson: I would say be ready to contact their state representative and state senator, but these are the early days and I think folks might be best to contact you if they are interested in helping in any way.

AHA Foundation: Deborah, thank you so much for taking time out to talk to us and more importantly for your dedication to banning FGM in Massachusetts.

Deborah Benson: Absolutely, it was my pleasure.