This month, South Carolina became the 33rd state to ban female genital mutilation (FGM) in the U.S.! We are thrilled to see another state stepping up and showing that FGM will not be tolerated in the United States, but more work remains to be done. 17 states still do not have laws against this child abuse.

Thanks to your contributions, we were able to travel to Kentucky earlier this month to rally support for an anti-FGM bill, where previous attempts to pass a bill failed. Our team met with seven state legislators and most were surprised to learn that over 1,800 girls in their state had been cut or are at risk. We are hopeful that Kentucky will take a stand on this issue in the next legislative session, and AHA Foundation will continue to advise legislators on the bill provisions that will best protect the girls in the state.

Lisa Brett was shocked and compelled to act after learning from her middle school aged students in Nigeria that their genitals were ritualistically cut. Over the past 20 years, she fought to save girls from gender-based violence through education, advocacy, and direct work with survivors on three continents. In this interview, she shares about how the United States is lagging behind the U.K. in its efforts to end FGM.

In their pursuit to stimulate dialogue among university students about oppressive ideas and ideologies, our Critical Thinking Fellowship (CTF) fellows have never been known to shy away from uncomfortable, or controversial topics. That’s why when Mohamed, a CTF fellow, received threats from protesters trying to shut down his event, he vowed to carry it out and even invited his opponents to participate in the event. Read here about what drives Mohamed’s determination and lessons he learned through this experience.

Please support our 2019 Spring Fund Drive to save girls from FGM, child and forced marriage, and honor violence in the U.S. Together we can and must do more to make this a better, safer place to be a woman or girl.

We are grateful for your support, 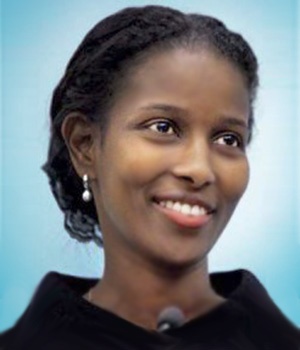