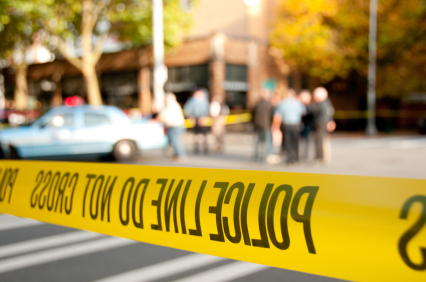 Few details about a recent shooting of three in Texas have surfaced, but police officials are certain of one thing:  this was not an episode of honor violence.   Talal Nimer, a native of Lebanon, is charged with attempted murder after allegedly shooting his estranged wife, daughter, and daughter’s boyfriend.  When questioned by police, Nimer reportedly explained that he did not approve of his daughter’s relationship with her boyfriend because he is not Muslim.  He also reportedly stated that he was upset and felt that the boyfriend was taking over as the “man of the house.”  And yet, police are certain that this was not an attempted honor killing, explaining that Nimer’s religious beliefs will not be taken into account during the investigation.

At this early stage in the investigation it may indeed be too early to determine whether this was an attempted honor murder.  But police should not be too quick to dismiss this theory.  By rejecting honor as a possible motive for these shootings, the Mission Police have shut the door on a potentially crucial line of investigation before they’ve even begun.

Honor violence is different from other forms of family violence and these cases pose unique challenges to law enforcement.  For example, a perpetrator of honor violence believes that his violent conduct was justified because of the victim’s actions, which are considered to be shameful or to violate cultural or religious norms.  This belief that the violence was justified, or even required, to address the victim’s behavior is often shared by other members of the family and the cultural community.  This collective support for the perpetrator poses two unique challenges for investigators.  First, members of the family and community will likely rally around the perpetrator and create a wall of silence to impede an investigation.  Even individuals sympathetic to the victim will likely refuse to cooperate with law enforcement due to fear of retaliation or ostracism by the greater community.  Police will therefore have a difficult time finding witnesses willing to cooperate with an investigation and may have to approach the case less like a case of family violence and more like a case involving gangs or organized crime.

Second, collective support of the perpetrator’s conduct makes it likely that he received some assistance in committing the crime, either in planning and carrying out the violence or in fleeing from law enforcement afterwards.   In order to fully understand the scope of the crime that has been committed and ensure that the victims are protected from future harm, police must investigate the involvement of other individuals in the criminal activity.  This is different from other forms of family violence in which there is usually just one perpetrator who must be apprehended and prosecuted.

Investigating whether an act of violence was motivated by honor is not an indictment of a particular religion – indeed, honor crimes occur in a number of religious communities.  Following this investigative lead when there are clues suggesting that honor may have been part of the perpetrator’s reason for violence is simply good policing.  To discount this theory at the outset of an investigation does a disservice to the victims and the entire community and potentially immunizes Nimer from being held fully accountable for his actions.