My urgent message to legislators at the 46th ALEC Annual Conference 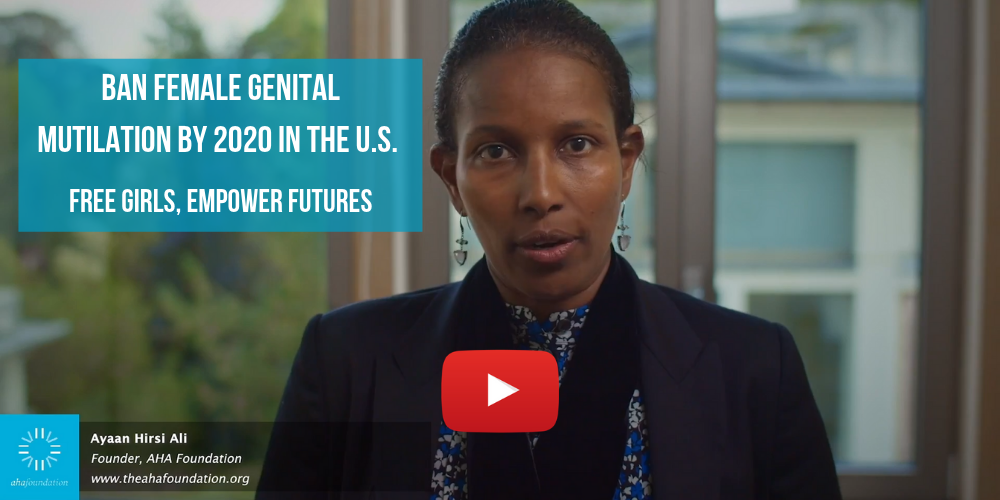 Today in Austin, Texas is the first day of the 46th American Legislative Exchange Council (ALEC) annual meeting and the Foundation is here! We are launching our Ban Female Genital Mutilation by 2020 campaign — a challenge to legislators, supporters, and advocates to pass anti-female genital mutilation (FGM) laws in every state in the U.S.

Strong anti-FGM legislation in every state is more important than ever! In late 2018, a district court judge from Michigan ruled that the federal anti-FGM law was unconstitutional, and dismissed key charges against a doctor who allegedly cut the genitals of nearly 100 girls. The Department of Justice sided with the judge and chose not to defend the constitutionality of the federal law, which leaves only Congress to defend the current FGM ban.

While disputes about the federal FGM law are unraveling, thousands of girls across our nation are still in danger of this abhorrent abuse! We can no longer count on the federal law to protect girls in our country from FGM, many of whom are younger than ten years old when they are exposed to this violence.

And we will not stop in Austin. In the remaining 15 states that lack anti-FGM laws, we will double down on our efforts and work with legislators and supporters to urgently pass this life-saving ban by 2020. This must be done for the sake of the girls!

We cannot do this without your continued support. Please support our Ban FGM by 2020 campaign now.