Never a Memory:  A Mother Gives Voice to a Victim of Honor Killing 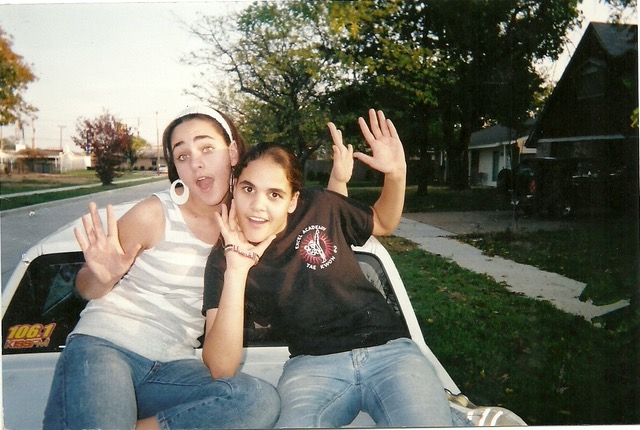 Amina (left) and Sarah (right) Said pose for a photo on the hood of a car. They were the victims of an honor killing in 2008 at the hands of their father, Yaser Said.

Most honor violence victims in the United States suffer in silence, their freedom of choice and expression, and their potential, stolen from them. In its most extreme form, honor violence leads to an honor killing. Tragically, this was the fate of Amina and Sarah Said, two teenage girls from Dallas whose lives and chilling murder at the hands of their father, Yaser, are portrayed in the film, “The Price of Honor.”  Yaser Said may have tried to silence his daughters’ voices, but advocates are making sure that Amina and Sarah are never silenced, and that they live on; they will never be “just a memory.”

Shortly before her murder, Amina Said and Joseph Trotter fell in love. Joseph’s mother, Ruth, learned about the abuse Amina and Sarah had to endure, and Amina’s fear that they would be killed by their father, and worked with her son to plan an escape for the girls. Unfortunately, Yaser murdered Amina and Sarah before they were able to successfully escape. Ruth has now become a vocal advocate for the girls and for honor violence awareness.  She dedicates herself to giving a voice to these girls who have been silenced. We are honored to have had the pleasure of interviewing Ruth, who tells her story here:

AHA Foundation: How did you come to know Amina Said and her sister, Sarah?

Ruth Trotter: Amina, Sarah, and their brother, Islam, joined the same Tae Kwon Do academy that my son, Joseph, attended.  Sarah and Islam stayed for a bit but then went on to do other things. Amina, however, continued with Tae Kwon Do, and not long after, Amina and Joseph were in love.  That was the beginning of their courtship until her execution four years later.

Know Your Rights Webinar: Preventing and Ending Honor Violence in the US with Ruth Trotter

AHA Foundation: What were your first indications that something might be amiss in the Said household?

Ruth Trotter: In the beginning, Amina’s behavior struck me as peculiar and paranoid because she was extremely cautious and protective of Joseph and their relationship. It wasn’t until Joseph shared with me the horrors Amina and Sarah were enduring at the hand of their father, Yaser, at home, that I understood why Amina was so protective, and from that point, I feared for Amina and Sarah’s safety.

AHA Foundation: When did you begin to fear for the lives of the girls?

Ruth Trotter: My initial fear elevated to fear for Amina and Sarah’s life when Yaser found out about Amina and Joseph’s love. That’s when threats to kill Joseph started as well; Yaser literally moved Amina and Sarah from their home to Lewisville overnight.  Amina was gone, without a trace, and we were afraid something horrible had happened because Amina had already warned us that Yaser would kill her or send her to Egypt, into a forced marriage. This was a stressful time for us, especially for my Joseph.  I felt so helpless. Amina was a minor. What could I do?

Amina and Sarah were American-born citizens, not foreigners from ‘over there.’ How could this have happened?

AHA Foundation: At the time, did you know that Amina and Sarah were contending with honor violence, specifically?

As I heard more about honor killing, I found it wasn’t just an “over there thing.” It is a USA “thing,” too. Why hadn’t I heard about this before?

AHA Foundation: What kinds of resources or education would have been helpful to you and your son in protecting Amina?

Ruth Trotter: Once I knew the definition of an honor killing, my initial thought was, “this is the USA, not the Middle East.  Amina and Sarah were American-born citizens, not foreigners from ‘over there.’ How could this have happened?”  As I heard more about honor killing, I found it wasn’t just an “over there thing.” It is a USA “thing,” too. Why hadn’t I heard about this before?  I also learned that the UK is way ahead of us on dealing with honor violence and that they are also training law enforcement, teachers, shelters and other groups on what to do to protect a young girl or woman in this situation who is crying out for help.

If the USA would have started raising awareness the first time honor violence or an honor killing happened in the USA, maybe, just maybe, I, Amina, Sarah, Joseph or anyone else would have known that agencies like AHA Foundation were out there to help; we could have helped Amina and Sarah escape from the boroughs of hell and maybe rescued them. Unfortunately, I learned of this after Amina was taken from us.

AHA Foundation: In “The Price of Honor”, a documentary about  Amina and Sarah’s honor killings, you explain that Amina knew her time on Earth was limited, and that she didn’t want to “become a memory;” she wished for her spirit to live on. How do you give a voice to Amina so that she never becomes a memory?

Ruth Trotter: A few days before Amina’s murder, she posted this: 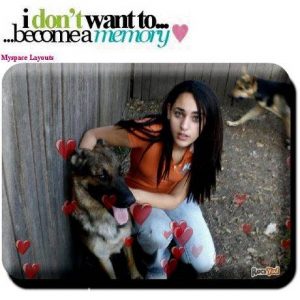 Amina always knew Yaser was going to kill her. The question was when. Amina was truly an amazing and brave young girl; knowing what her end would be, she NEVER stopped striving forward for life, love and happiness. “I don’t want to become a memory” are the words that gave us courage to be part of “The Price of Honor” documentary. By sharing our story, Amina’s truth, her words are the treasures she left behind. I saw this posted somewhere:

Such powerful words that have set my path going forward. Amina and Sarah had no voice in life, in that household. Now I have to be their voice in death.  I am silent no more. For Amina, I’m her voice. Never a memory!

AHA Foundation: What message do you have for girls and women in the Said sisters’ position?

Ruth Trotter: I want them to know, “You are not dishonorable! You are a honorable.

You are a BRAVE and STRONG young girl or woman who is WORTHY of LIFE!

You are not alone. There is help and hope waiting for you.  Honor violence awareness is being brought to the surface but we still have a way to go. Once you cry out for help and you feel no one is listening or understands, the most important thing at that moment is to get yourself to a safe place. Violence is violence and abuse is abuse. Call it what it is so you’re taken to safety. Once you’re in a safe place, immediately contact an agency like the AHA Foundation or others that are specific to honor crimes so they can guide you to safety.  I may never know you but you are all Aminas and Sarahs to me. I think about your safety and your life every day of mine.

When Yaser Said murdered his daughters, he destroyed their lives and potential. He did not, however, take their spirits away; Amina and Sarah live on through others’ advocacy. Ruth makes sure that the girls’ spirits are never quieted, and that their voices are never silenced. Her dedication to the legacies of Amina and Sarah is a testament to her unwavering love, not only for them, but also for other girls who are contending with or have succumbed to honor violence.

AHA Foundation: Ruth, thank you so much for taking time out to talk with us about this topic.

Ruth Trotter: Thank you for giving me the time!

AHA Foundation is here to help girls like Amina and Sarah, who don’t know how to help themselves.  Please support our work so girls like them don’t have to live in fear that their families—those who are meant to protect them – will cause them the ultimate harm.

UPDATE: Yaser Said was finally captured after 12 years on the run in August of 2020. The FBI had placed him on their Ten Most Wanted list after receiving information from the creators of the documentary “The Price of Honor.”