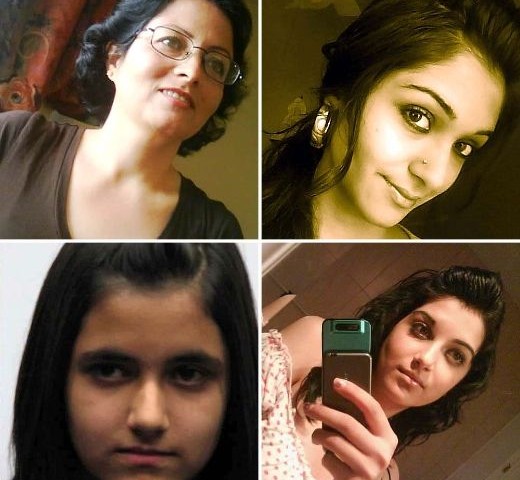 See below for a blog by Ayaan Hirsi Ali on the Canadian honor killings currently facing trial in Ontario and how they should have been prevented.  First published in the Huffington Post.

Horrific details of an alleged mass honour killing emerged in a crowded Ontario courtroom last week: Three young sisters and their polygamous father’s first wife were murdered in the name of religious purity, according to the Crown prosecutor: A staged car accident, plotted and executed, allegedly by the father, mother and brother of 19-year-old Zainab, 17-year-old Sahar, and 13-year-old Gheeti Shafia, whose reportedly brazen refusal to comply with the traditions imposed on Afghan females so polluted the family’s honour that only death could remove its taint. In the chilling words of the girls’ father, Mohammad Shafia, “They betrayed Islam” by consorting with boys, posing seductively for cell phone photographs, and refusing to wear the hijab. “God’s curse on them for generations. May the devil (expletive) on their graves. Is that what a daughter should be? Would a daughter be such a whore?”

According to the Crown, prior to their deaths, the girls repeatedly sought help from law enforcement and professional service providers, but their cries for help ultimately went unmet.

In Western consciousness, honour killings are most frequently associated with poor, developing countries where women are granted few, if any, social and political rights. Yet this alleged quadruple homicide — apparently the violent manifestation of a deep-seated cultural and religious misogyny, according to the Crown — took place far from the Shafia family’s native Afghanistan. The bodies of Mr. Shafia’s 50-year-old wife, Rona, and his three spirited daughters were found near Kingston, Ontario, floating inside a submerged vehicle in the Rideau Canal.

Mr. Shafia, 58, now faces four counts of first degree murder, along with his second wife, Tooba Mohammad Yahya, 41, and the pair’s 20-year-old son Hamed Shafia. On Thursday, Crown prosecutor Laurie Lacelle delivered a detailed opening address to the jury. Citing excerpts from Ms. Mohammad’s private diary and wiretapped conversations recorded days after the murders, Ms. Lacelle painted a disturbing picture of the abuse and oppression that dominated the lives of the Shafia women. But perhaps the most tragic aspect of this story is, if it was indeed an honour killing, how easily the deaths of these four women could have been prevented.

In 1980, Mohammad Shafia married Rona Amir Mohammad in a lavish Kabul ceremony. Several years later, when it became apparent that Ms. Mohammad was infertile, he took Ms. Yahya as a second wife. Mohammad’s status fell sharply as Yahya bore seven children in rapid succession. Though increasingly relegated to the sidelines of the marriage, Mohammad played a substantial role in the children’s upbringing.

In 1992, the family left Afghanistan. They lived in Pakistan, Australia and Dubai before immigrating to Canada in 2007. Shafia, a successful businessman, purchased a triplex in the Montreal borough of Saint Leonard. When he left town on business, his eldest son, Hamed, was appointed head of the household.

It was, according to Lancelle, a household filled with repression, rebellion, and deep tensions. Ms. Mohammad took to her diary to describe the ongoing physical abuse perpetrated by her husband, and the insults and small humiliations levied by Ms. Yayha.

Zainab, Sahar and Gheeti sounded the alarm bells more noisily. Zainab, who was removed from school after Shafia discovered that she had a boyfriend, eventually fled to a women’s shelter. Sahar, who loved wearing makeup and fashionable clothes, was spotted with a boy in a restaurant by her 12-year-old brother. He reprimanded her on the spot. She later attempted suicide, the court heard. Gheeti, who was caught shoplifting and sent home from school for dressing inappropriately, repeatedly told authorities that she wanted to be placed in a foster home.

The experiences of the Shafia sisters are becoming all too familiar. A recent spate of honour violence perpetrated in the United States exemplifies the tragic incompatibility between Western liberties and radical Islam. Yet despite increased awareness of these issues, honour crimes remain widely under-reported. Currently, there is no clear picture of the rate at which women fall victim to honour violence, let alone the number of women who submit to the demands of male family members in fear of such violence. Early information gathered from service providers in key states indicates that the problem is more widespread than previously imagined.

Absent specific awareness and training, police officers, crisis centers and social workers are likely ill-equipped to deal with these issues. Although honour violence shares several traits with domestic violence and child abuse, its unique cultural features warrant a specialized approach from social service providers and law enforcement officials. Reported threats of honour violence must be taken seriously. The risks faced by women seeking protection from the state must not be ignored.

This point is vividly illustrated by the manner in which Canadian authorities responded to the Shafia girls’ cries for help, according to the Crown. On more than one occasion, Quebec child protection officials investigated complaints from Sahar and Gheeti’s school. In the first instance, Sahar clammed up after learning that the social worker was required to tell her parents what they’d discussed. Two days later, Sahar told the social worker that things at home had improved. On another occasion, the girls begged a stranger to call 911 from a street corner near their home, because they felt that their lives were in danger. Police came to the house, but Shafia arrived during the interview and the sisters changed their story.

In June of this year, the AHA Foundation, an organization I founded to help protect women and girls in the West from oppression justified by religion or culture, held a conference on forced marriage and honour violence. The aim of this conference was to share with law enforcement and service providers information on how to identify these cases, best practices for investigating and prosecuting cases of honour violence and honour killings, and guidance on how to protect potential victims. Had any of the numerous contacts the Shafia girls reached out to attended such a training, these women would very likely be alive today.

If anything can be taken from the untimely death of the four Shafia women, it is this: honour violence is happening in North America and our institutions need to quickly educate themselves to be able to properly respond to save lives. These girls embrace our culture and expect that we will protect them from the savagery they left behind in their home countries — we owe it to them to do no less.