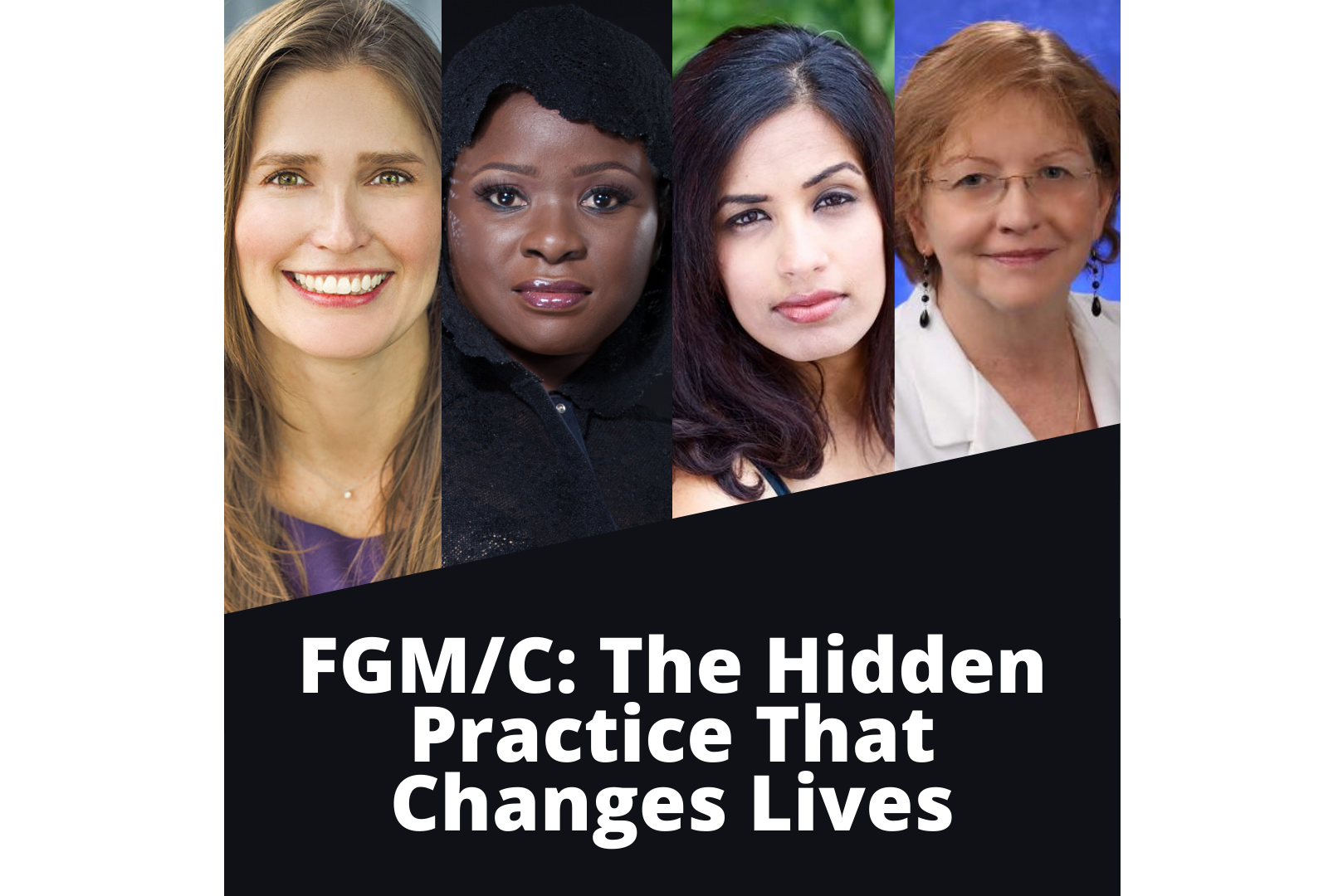 Speakers F.A. Cole, FGM survivor, Mariya Taher, FGM survivor and Sahiyo Founder, Amanda Parker, AHA Foundation Senior Director, and Dr. Lori Frasier met over Zoom on Thursday, April 29th to discuss the issue of female genital mutilation/cutting (FGM/C). The two survivors on the panel, F.A. and Mariya, were able to describe their experiences as a survivor of the practice, touching on the uniqueness of each woman’s experience and how drastically different the side effects can be for survivors. Amanda Parker and Dr. Fraiser both introduced themselves and how they became involved in advocacy, and first learned about the practice.

F.A. Cole went into vivid detail of exactly what happened to her the day she was cut, intensely recounting her trauma. Mariya had a different experience with FGM/C, or “khatna”, as it’s called in the Dawoodi Bohra community. She explains that, growing up, FGM/C was a normal part of life. She didn’t question its morality or justifications until she was much older. Although they bring varying perspectives to the table, both Mariya and F.A. currently work to support other survivors and advocate for legislation against FGM/C.

Dr. Lori Frasier describes the first few times she encountered the effects of FGM/C as a pediatrician examining girls. She believes that the lack of education on this issue and other forms of child abuse is impeding the ability of clinicians to assist survivors and prevent further cases of FGM/C. According to Frasier, identifying signs of child abuse is not a part of a pediatrician’s standard education. Consequently, other clinicians who encounter FGM/C when examining a patient often don’t know what they’re looking at. Dr. Frasier is trying to change that by educating pediatricians to identify this practice.

Amanda Parker explained the various facets of her work for the AHA Foundation, including policy drafting, training programs, and survivor support. As an expert in the field, she works directly with survivors to provide the resources they need, as well as working in public policy to make FGM/C illegal in all 50 states. She was very thorough in explaining the details of the United States vs. Nagarwala case (2017), in which many of the charges were dropped against the defendant who performed FGM/C on a group of nine girls at a Michigan clinic.