Ohio University: How Can We End Female Genital Mutilation (FGM)? A survivor’s perspective 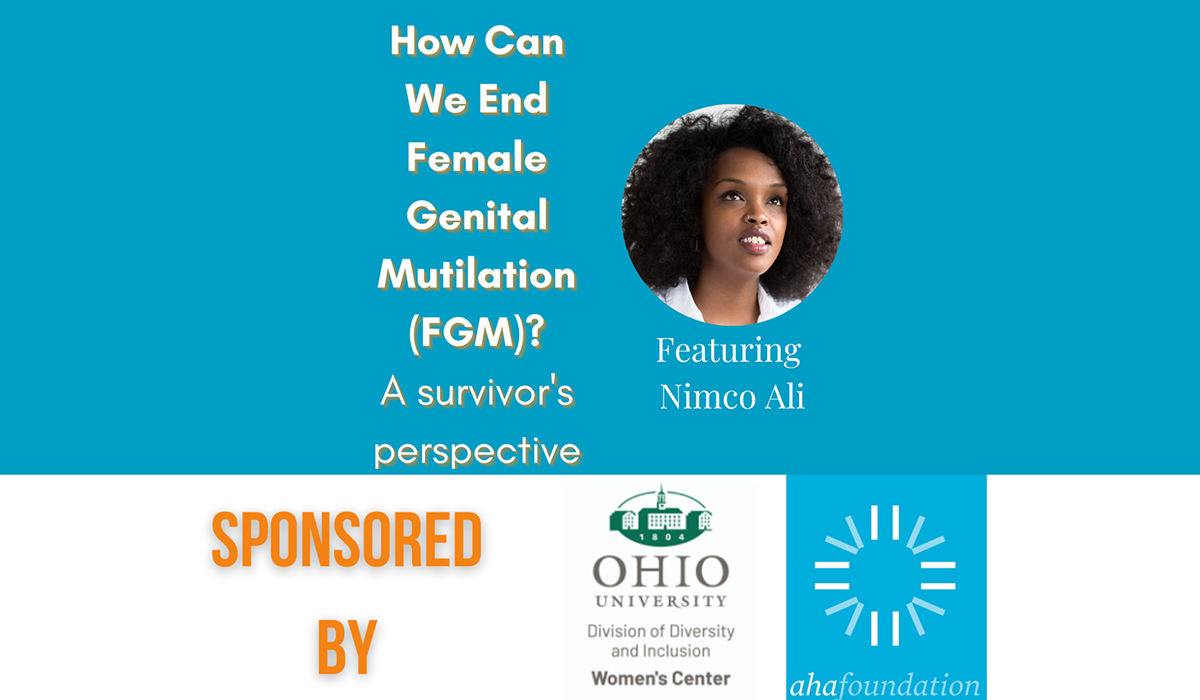 Event Description:  Nimco Ali is a British Somali feminist, social activist, and survivor of female genital mutilation (FGM). She is co-founder and director of Daughters of Eve, a survivor-led organisation which has helped to transform the approach to ending FGM.  Nimco formerly worked on ‘The Girl Generation: Together to End FGM’ campaign, which celebrates the Africa-led movement to end FGM in one generation.

Ms. Ali began the event by telling about her own experience undergoing FGM and how the United Kingdom began combatting the practice. She explained how the new Tackling Violence Against Women and Girls Strategy would help the UK government better target offenders, assist survivors, and improve the government’s capacity to combat these crimes.

Nimco was incredibly influential and inspiring to the students as she discussed various policies and prevention approaches to end FGM. Through her talk, she talked about the psychological and physical impact of FGM. She also gave the audience some next steps as to how they can support global initiatives to end FGM and provide support to those who have survived FGM, as a friend, family member, social worker, teacher, or medical service provider.

The audience was moved and motivated to step up in their own communities to see what they could do to make a difference. 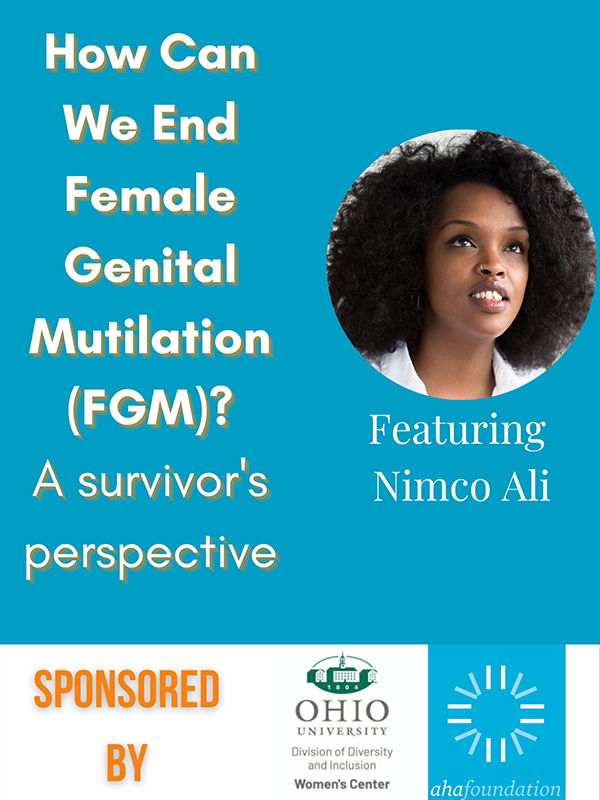