On a Mission: Senator Davis of Arkansas Helps Pass One of the Strongest FGM Bans in the U.S. 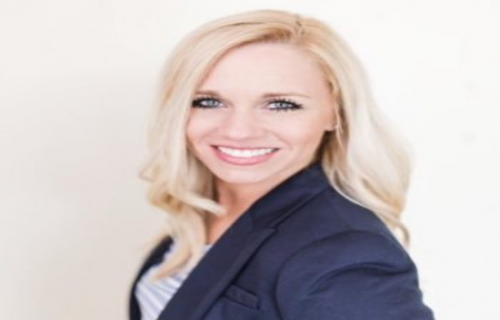 Soon after she was elected to office in May 2018, Senator Breanne Davis worked closely with AHA Foundation to pass one of the strongest, most comprehensive FGM bans in the nation. Senator Davis shares how she turned anti-FGM legislation into another success in her mission to protect women’s and children’s rights in her state.

AHA Foundation: When did you first hear about female genital mutilation (FGM) in the U.S., and what compelled you to act on this issue at the legislative level?

Sen. Davis: I first heard about FGM rates from AHA Foundation after a colleague introduced us in August of 2018. I’ve spent several years volunteering with human trafficking survivors and, while human trafficking and FGM are different issues, they share a common theme: no one believes it’s happening in their communities.

The thought that FGM could be impacting girls in the state of Arkansas was enough to compel me to action. Some people may think 551 girls is just a small number, but to me it was an alarming number and I knew I had to make a change.

“Some people may think 551 girls is just a small number, but to me it was an alarming number and I knew I had to make a change.” 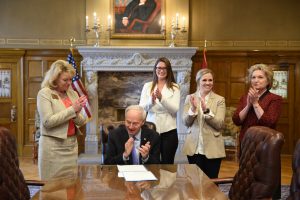 AHA Foundation: From start to finish in the recent legislative session, what were the greatest hurdles that you confronted in your effort to criminalize FGM?

Sen. Davis: Legislation to ban FGM in Arkansas had been filed in previous sessions, so many of my peers were already familiar with the topic, unlike other states. When I first brought it up, there were already plenty of people who were interested in helping us pass this bill. Those previous attempts from legislators laid the groundwork, in my opinion, for us to be able to get this bill through without any major hurdles and get this legislation signed into law.

AHA Foundation: FGM can oftentimes be an uncomfortable issue to broach among individuals who have little to no knowledge of the practice or exposure to affected populations. How did you garner support for your effort and engage colleagues on this matter?

Sen. Davis: Since I have volunteered in the anti-human trafficking realm, I am used to discussing uncomfortable topics. When it comes to issues like human trafficking and FGM, speaking the truth about what happens in a very blunt, factual way is the best strategy.

So many times we tiptoe around hard or uncomfortable topics, but all that does is continue the injustice of FGM and the power it has over young girls. When we refuse to call it out for what it is, it continues the shame and secrecy that is already being experienced in the homes of people who practice this horrific act on their daughters.

“So many times we tiptoe around hard or uncomfortable topics, but all that does is continue the injustice of FGM and the power it has over young girls.”

AHA Foundation: What advice would you give to a newly elected state lawmaker who wants to introduce anti-FGM legislation?

Sen. Davis: My advice is to start talking to your colleagues one on one. Give a brief and specific description of what FGM is, along with Population Reference Bureau (PRB) statistics particular to your specific state. This helps lawmakers and policy influencers know that this is happening not only in the U.S., but in their own local community and to their own constituents.

The closer to home you can bring an issue, the better. In Arkansas, the PRB estimates 551 girls are at risk of, or have undergone, FGM. When I continued to break down the numbers for my peers, I noted that we have 75 counties, which means that approximately seven girls per county are impacted by FGM. While it may not be happening to girls in every county across Arkansas, it makes the issue more personal to legislators when you help them understand it’s likely happening to people in their district.

“Your conversation with them could lead to a bill being passed or strengthened, so don’t be afraid to speak up on behalf of women and girls in your community.” 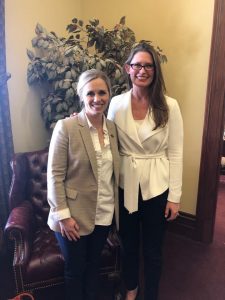 AHA Foundation: What advice would you give to a concerned citizen who wants their state to take action on this issue? From your experience, what are some of the best ways for them to capture a lawmaker’s attention on an issue like this?

Sen. Davis: A great way to share information about FGM and connect with lawmakers is always through social media. If you find an interesting article and post it, tag your legislator in it. It allows them to see the information and educates others at the same time. It also starts a dialogue online so lawmakers see that it’s an issue people in their community care about.

You can also visit your lawmaker’s local office in your community. As I mentioned before, sometimes your representative is not aware of this practice, or the reality that it happens in the U.S. Your conversation with them could lead to a bill being passed or strengthened, so don’t be afraid to speak up on behalf of women and girls in your community.

“The final bill that was signed into law was better than any of us could have imagined.”

AHA Foundation: Changes to your FGM bill were made during the legislative process, including a very important provision that made the bill effective immediately upon signing by the governor. In this regard, can you tell us a little more about the bill’s evolution?

Sen. Davis: From the beginning, we started with AHA Foundation’s model legislation. We included all necessary provisions, and my colleagues were very supportive. While I was presenting the bill on the Senate floor, a colleague asked if I would consider adding an emergency clause to the original bill that would make the law go into effect 30 days after it’s signed by the Governor, rather than waiting until July 24, 2019. It was a great suggestion, and I was happy to see others caring enough about my bill to think of ways to improve it. Every amendment we made to this bill along the way made it stronger. The final bill that was signed into law was better than any of us could have imagined.

“Sen. Davis and Rep. Lundstrum’s bill goes beyond punishing perpetrators; it gives survivors the opportunity to stand up for themselves in a court of law and, crucially, provides education for communities and professionals aimed at eradicating the practice. Find out here if your state has anti-FGM legislation and its strength.” – Amanda Parker, Senior Director at AHA Foundation

Does your state have weak anti-FGM legislation? Find out here.