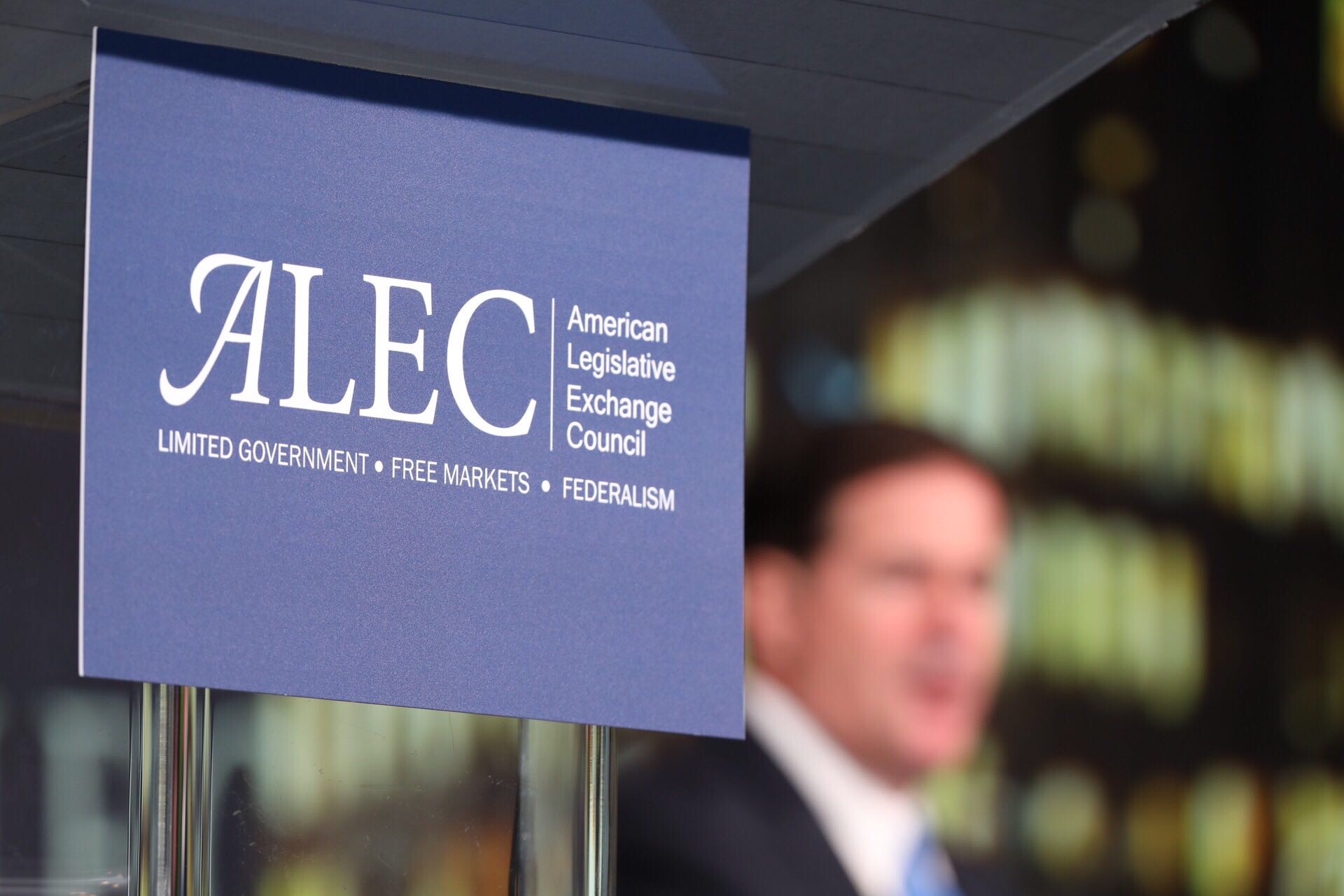 On August 14th, 2019, Senior Director, Amanda Parker, spoke to state legislators at the 46th American Legislative Exchange Council (ALEC) Annual Meeting in Austin, Texas. ALEC describes itself as “the largest nonpartisan membership organization of state legislators committed to the principles of limited government, free markets, and federalism.” While there, Amanda challenged legislators to ban female genital mutilation (FGM) in the remaining 15 states that don’t have laws criminalizing this practice. 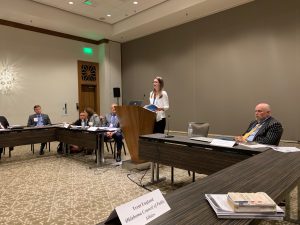 Senior Director, Amanda Parker, speaking to a group of legislators about anti-FGM legislation

AHA Foundation was invited to attend the meeting after working with former Utah state representative Ken Ivory to successfully pass one of the most comprehensive anti-FGM laws in the U.S. Ms. Parker and Rep. Ivory spoke on all three days of the event, addressing ALEC’s Criminal Justice and Federalism Task Forces. Dozens of state legislators from across the nation heard about the horrors behind FGM and how state laws can help protect vulnerable women and girls from this practice.

During the conference, both Task Forces voted unanimously to adopt AHA Foundation’s anti-FGM legislation to be ALEC’s model policy. The ALEC Board will meet in the coming months and, we hope, approve the adoption of the model policy. This exciting development has the potential to reach legislators in every single state, including—crucially—those 15 who have yet to ban FGM, and also those states whose laws need strengthening.

A message from Ayaan Hirsi Ali, the founder of AHA Foundation and a survivor of FGM, was broadcast at the ALEC meeting and called for strong FGM bans in all 50 states by the year 2020.

Whenever possible, AHA Foundation amplifies the voices of FGM survivors. For this event, we invited a U.S.-born FGM survivor who shared her story and called for urgent action to prevent this abuse from taking place in the U.S. This survivor spoke about the lasting mental and physical consequences of the practice, the importance of state-level laws to protect girls in the U.S., and a fear that without FGM laws in her state, her young daughters may eventually be cut, because certain family members still believe in the practice.

AHA Foundation is committed to banning FGM in every state in the U.S., but we need your help. Join our Ban FGM by 2020 campaign. Does your state have a law banning FGM? Check here. If not, reach out to your state lawmakers and ask them to sponsor a bill in the next legislative session. You can make a difference for women and girls in your state.