Peter Boghossian on his Reverse Q&A tour and fighting illiberalism in academia: “Abysmal. That’s the one-word description of the state of free speech on college campuses.” 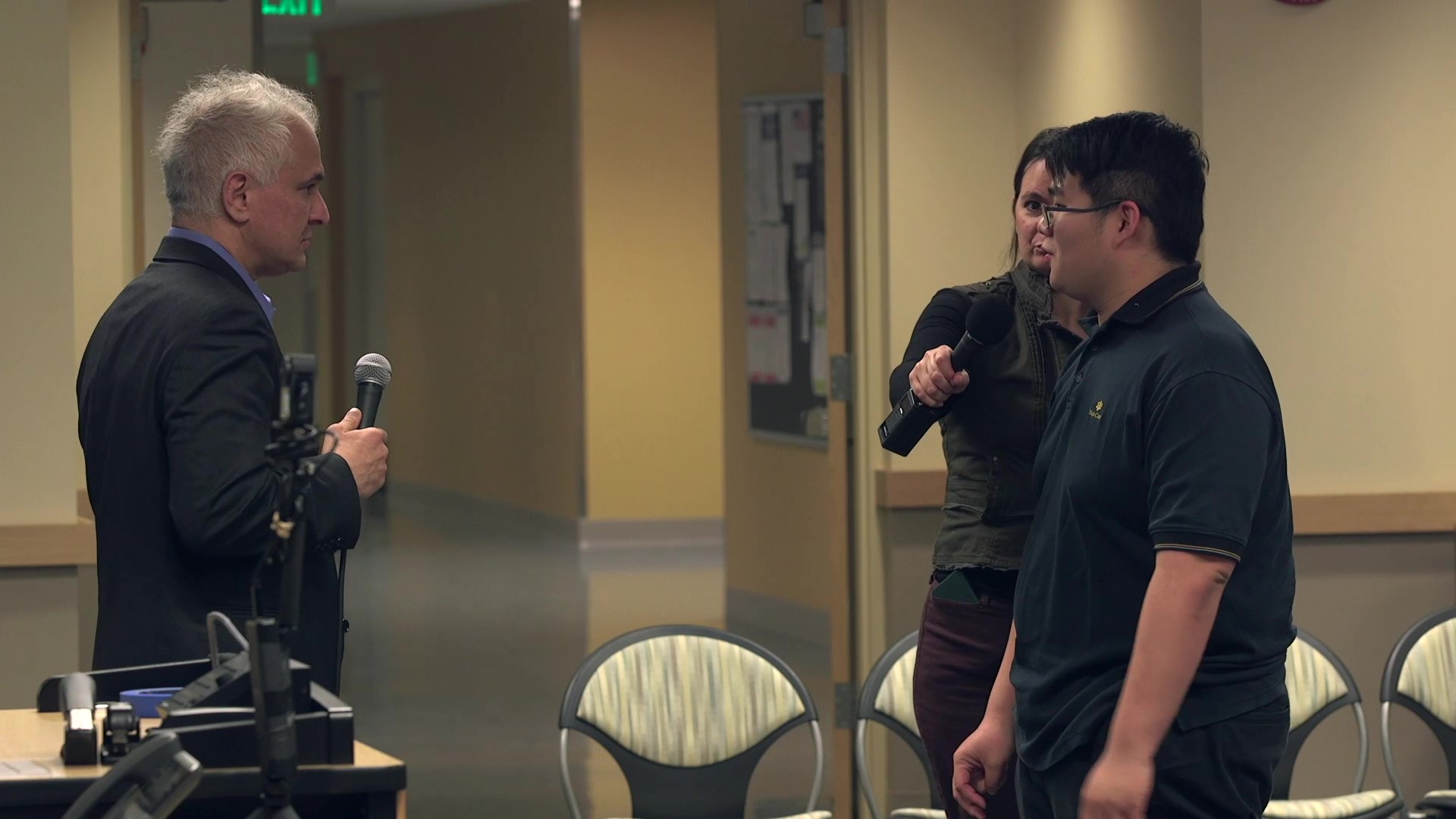 Until last September, Peter Boghossian was an assistant professor of philosophy at Portland State University. Faced with a choice between keeping a safe university career and speaking out on the campus illiberalism he observed all around him, he chose the latter. He is best known for criticizing the authoritarian ideology often termed Critical Social Justice and for standing up for free speech on college campuses.

AHA supporters will remember him from our previous interview in 2020, where he discussed cancel culture and free speech. You can read that interview here.

We caught up with Peter during the ‘Reverse Q+A Tour’ he is currently doing across college campuses in the U.S. On this tour, he recently visited and spoke at Purdue University, Indiana, at an event organized with AHA’s campus program, the Critical Thinking Fellowship. Below, he reflects on free speech and tells us all about Reverse Q+As and his exciting tour.

AHA Foundation: A Reverse Q&A is an unfamiliar concept for many. Could you tell us exactly what it is and the inspiration behind it? Did you create this form of discussion?

Peter Boghossian: Instead of a professor standing on a stage and students listening in the audience, during each discussion I am in the audience and listening to students on the stage. I am not lecturing at students but listening to them instead, asking them questions about their experiences with Social Justice ideology on campus in general, and in the classroom in particular.

I have no idea if I created the Reverse Q&A; someone must have thought of it before me. I first tested the Reverse Q&A model in 2020 at Portland State University. My intention was to platform students and genuinely listen to what they had to say. This was incredibly important given that, as you can see from the Portland event video, students at Portland State University generally could not speak freely and openly on their own campus.

One purpose of the Reverse Q+A [is] to platform dissidents and those who cannot speak freely under this new moral orthodoxy.

AHA Foundation: What purpose does a Reverse Q&A fulfill in the current, frenzied political/social climate?

Peter Boghossian: You are correct—this is a frenzied political/social climate. And because this inhospitable atmosphere has become the norm on college campuses, we need to create a space for listening and learning. And that’s one purpose of the Reverse Q&A: to platform dissidents and those who cannot speak freely under this new moral orthodoxy.

Click to watch highlights from the Purdue University Reverse Q+A

AHA Foundation: Do you have any plans for after the tour? What are you planning next?

Peter Boghossian: Yes, the tour should end in May. Immediately after that, I’ll be teaching at the University of Austin where [AHA Foundation Founder] Ayaan and I are founding faculty members. I’ll be teaching students strategies for active listening, how and why to ask Socratic questions, and principles from my book, How to Have Impossible Conversations.

AHA Foundation: More broadly, what do you think about the state of free speech on campus today?

Peter Boghossian: Abysmal. That’s the one-word description of the state of free speech on college campuses. The nonpartisan organization FIRE (Foundation for Rights in Education) regularly publishes research about censoriousness on campus, and their reports show that it continues to get worse. 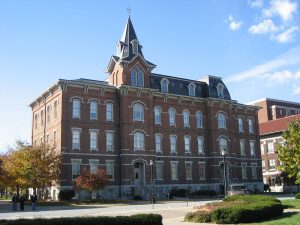 I am a liberal atheist and I recently had a public event in Budapest, Hungary with the conservative Christian, Rod Dreher. Rod and I had a “fireside chat” at MCC, an educational institution in Budapest. There were no police present and no security guards. Many people from the U.S. and the U.K. who attended the event commented on how we could never have done what we did—discuss extremely controversial issues—at a U.S. university.

The Princeton Professor Joshua Katz published a piece in which he wrote the following:

“Such a conversation—a simple exercise in free speech on a controversial topic—would be nearly unthinkable on any progressive (read: in many ways, regressive) American college or university campus today. If it were to be scheduled, “traumatized” students would put the administration under tremendous pressure to cancel the event; if it went ahead anyway, there would be heavy security; and you could count on more than a handful of students (and perhaps some faculty members) to show up and shout down the speakers, or worse.”

Professor Katz is correct. This would have been unthinkable in the U.S. because of the state of free speech on college campuses today.

AHA Foundation: How do you think the situation in Eastern Europe relates to, or could affect, the illiberal ideology apparent on college campuses today?

Peter Boghossian: From my two months teaching and giving lectures all around Hungary, I found the people there are worried about one particular American export—wokeness (often referred to as Social Justice or Critical Social Justice). They are deeply concerned that wokeness will do to Hungary what it has done to the U.S.: sow division and strife, trammel cognitive liberty, and further undermine trust in institutions. They are correct, of course, and one of the things I’ve been focusing on while I was teaching there is how Hungary can avoid the fate that has befallen the U.S.

Free speech is a necessary condition for a free society, and speech rights are rapidly eroding on college campuses across the English-speaking world.

AHA Foundation: Have you always been interested in defending free speech?

Peter Boghossian: As free speech has come under assault, I’ve become increasingly interested in its defense. Free speech is a necessary condition for a free society, and speech rights are rapidly eroding on college campuses across the English-speaking world. I have absolutely noticed a shift in views about speech on campus, and this is corroborated by an abundance of data.

If you’d like to learn more about how this occurred, I’d highly suggest the video series ‘Why College Campuses Are Becoming Cults’ by Professor Lyell Asher. Today’s campuses are far more illiberal and censorious than even 10 years ago.

AHA Foundation: In 2018, you famously hoaxed various academic journals with Helen Pluckrose and James Lindsay, and you recently resigned from your position at Portland State University. Looking back, do you think academia has improved since your exposé? Or has it gotten worse? What advice would you give to students who are considering a career in academia today?

Peter Boghossian: It’s gotten significantly worse since we exposed the corruption in scholarship that dominates certain fields. We sounded the alarm, but few listened. Then Helen and James published Cynical Theories to explain the problem and suggest ways to restore the integrity of scholarship and the peer-reviewed process. More people were listening, but not enough to stop the torrent of madness that overtook society.

The advice I’d give students today is advice I never, ever thought I’d give: Do not go to a traditional college. It’s almost definitely been ideologically corrupted. And that’s exactly the advice I gave to my daughter. However, do consider going to a non-traditional college like Ralston College or the University of Austin. These are places where you can think freely, and openly challenge and be challenged. These new academic institutions are oriented toward truth as opposed to a particular ideology.

Let us hope we find our way off this path [of illiberalism] before this downward spiral becomes irreversible.

AHA Foundation: What could be the price we pay as a society if we continue down this path of illiberalism/wokeness?

Peter Boghossian: The price we pay is entirely dependent upon how far down the path we travel. The farther we go, the more we experience: the corrosion of speech rights; social fracturing along race, gender, and other axes; the denigration of truth and evidence-based epistemologies; the ability to make discerning moral judgments; the collapse of trust in our institutions (which entails the proliferation of conspiracy theories as we no longer know who to trust), further social division; etc. Let us hope we find our way off this path before this downward spiral becomes irreversible. 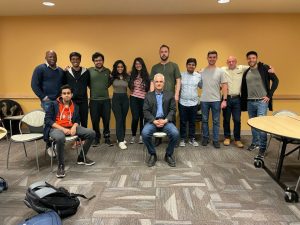 AHA Foundation: Could you tell us more about your relationship with our founder, Ayaan Hirsi Ali, since you are both so prominent in the fight for free speech and for liberty for all? How did you first become connected?

Peter Boghossian: Ayaan is one of my heroes and a paragon of bravery, courage, and decency. I’m not exactly sure how we met; I think it was through the new atheist movement. We solidified our connection through the fight against illiberalism and censoriousness throughout academia. I can sincerely say that getting to know Ayaan has been an amazing experience. She has expanded and challenged my worldview and it has been a delight to get to know her.

AHA Foundation: What message do you have for students reading this?

Peter Boghossian: If you want your voice to be heard, come to a Reverse Q&A. Speak up. Be honest. Be brave. Be forthright. (see here for details of the next event, at Dartmouth College). You are on a college campus and you have every right to speak, ask questions, challenge orthodoxies, and be intellectually challenged.  I hope to see you there.

Find Out More About Peter and Free Speech