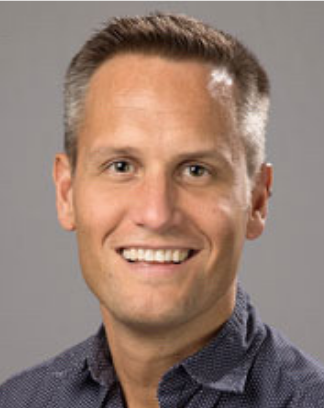 Nicholas L. Syrett is a Professor of Women, Gender, and Sexuality Studies and the chair of the department at the University of Kansas. He earned his Ph.D. in American Culture at the University of Michigan. He is the author of the book American Child Bride: A History of Minors and Marriage in the United States. He has been interviewed about his work on NPR’s Morning Edition, Back Story, and other radio programs and in publications like Time, Newsweek, and the Washington Post.

While the average age of first-time newlyweds keeps increasing, the number of child brides every year in the United States is still in the thousands. In his recent book, American Child Bride, Professor Syrett from the University of Kansas details a centuries-old and often ignored history of the practice in the U.S. and why child marriage is still alive today.

Dr. Syrett: I have long had an interest in marriage as an institution and our collective beliefs about its powers, especially in the realm of the law. As a society we place a lot of faith in marriage’s power to transform the individuals who enter it. I wanted to work on a project that explored why and how that was. Working in the library one day I stumbled upon a 1925 volume by a pair of social workers called Child Marriages, documenting what they saw as an epidemic during the ‘20s and I knew I had found my topic.

AHA Foundation: Your book demonstrates that throughout history, criticisms of child marriage appear to be less about concern for children, and more about other factors.

Dr. Syrett: That’s right. I think that in our current moment of concern about minors getting married, that is less true because the activist organizations working to stop child marriage are very focused on children themselves. But in the past some opponents were more worried about things like the reputation of marriage if people didn’t treat it seriously and divorced too easily; or that allowing children to get married made the United States too similar to nations they would have characterized as “backward” and “uncivilized.” In both these instances, the activists didn’t put children’s welfare at the forefront of their concerns.

“I was most surprised by just how prevalent minor marriage was in the past, but in ways that were seen as very normalized…”

AHA Foundation: Your research mentions that marriage among the rural working poor in the U.S. is so common, it is almost considered normal. Why do we see that discrepancy between the different classes?

Dr. Syrett: Minor marriage among the rural working poor used to be much more common than it is today, just as it used to be more common throughout the United States. The major explanation for this is that the rural working poor have far less expectation of leaving their communities for college or careers. Marrying early seems like doing something that many girls and young women believe they will do eventually and certainly isn’t interrupting other plans beyond their communities. It’s also the case that many rural communities are conservative and religious. Marriage is often seen as the “solution” to premarital pregnancy or a way for young couples to have sex legitimately instead of breaking taboos about premarital sex.

AHA Foundation: While conducting research, were there any specific findings that most surprised you about child marriage in the United States?

Dr. Syrett: I was most surprised by just how prevalent minor marriage was in the past, but in ways that were seen as very normalized, largely because until the later nineteenth century most Americans didn’t understand childhood strictly via chronological age in ways that separated it so distinctly from adulthood.

I was also surprised by how thoroughly most Americans believe that child marriage is only something that happens elsewhere. To be sure, the version of child marriage that most worry about generally involves younger children and is sometimes arranged by parents, but there are plentiful examples of those marrying below 18 here in the U.S. as well.

“I was also surprised by how thoroughly most Americans believe that child marriage is only something that happens elsewhere.”

AHA Foundation: You point out that in the U.S. child marriage is often viewed and presented as a practice linked with immigrants and foreign cultures. Is there a group or groups that most commonly practices child marriage?

Dr. Syrett: In the American imagination, child marriage has long been linked with India, thanks in part to Katherine Mayo’s bestselling 1927 screed, Mother India. And in the Progressive Era, a time period that spanned from the 1890’s to the 1920’s, many social workers and reformers believed that Southern Europeans (Italians especially) were more likely to marry their daughters as minors, even though statistically this was untrue.

A 2018 study based on data from the American Community Survey has demonstrated that immigrant children aged 15 to 17 from Mexico, Central and South America, Africa, and the Middle East are 2 to 4 times more likely to marry as minors than those born in the United States. This is a relatively recent trend, however. Until the 1960’s, African American children were far more likely to marry as minors than any other racial or ethnic group.

“It’s when one realizes that more than 200,000 have actually done so in the last decade or so that the story starts to seem like it’s more than just one judge or set of parents making an exception to their state’s minimum marriage age; it’s actually quite a widespread phenomenon.”

AHA Foundation: According to your research, many Americans in the past have viewed child marriage as a more attractive option than having a child out of wedlock. Have you seen this view begin to change in the U.S.?

Dr. Syrett: This view has definitely changed, largely from the 1960’s onward, when rates of minor marriage have decreased substantially. Today many of those who have given birth as single mothers would have been married in shotgun weddings in earlier eras. But as Americans have increasingly come to accept single parenthood – some mothers even choosing to be mothers without marriage – there has been far less pressure placed on pregnant teenagers to marry the men who impregnated them. The pressure is not altogether gone – especially in rural and conservative areas of the country – but it has diminished significantly.

AHA Foundation: Sometimes it seems that journalists aren’t interested in covering the topic of child marriage. From your perspective, is this true? Do you think it is a contributing factor to the lack of awareness of this issue in the United States?

Dr. Syrett: It strikes me that journalists working today actually are rather interested in child marriage. Certainly there has been an explosion in coverage of the topic in the last five years or so. When journalists or publications express skepticism about covering the topic, however, I suspect that part of it is about the term itself: “child marriage.”

Legally those getting married in the United States are children, but culturally we would refer to them as teenagers or adolescents. This contrasts with many people’s popular understanding of child marriage where kids as young as seven or eight are marrying, which doesn’t really happen with any frequency in the U.S. Many journalists may not think it’s so remarkable that a seventeen-year-old girl might marry with parental or judicial consent. It’s when one realizes that more than 200,000 have actually done so in the last decade or so that the story starts to seem like it’s more than just one judge or set of parents making an exception to their state’s minimum marriage age; it’s actually quite a widespread phenomenon.

“…adverse consequences for those who marry as minors; they are less likely to graduate high school, and more likely to suffer mental and physical illnesses as well as abuse at the hands of husbands.”

AHA Foundation: Many supporters often ask what they can do to stop child marriage in the U.S. Do you have any suggestions of activities they can do to make an impact?

Dr. Syrett: At least two things seem doable. The first is to raise awareness about the prevalence of minor marriage in the United States and make sure that people know this is not just a phenomenon of other countries. Along with that it helps to know a little bit about the adverse consequences for those who marry as minors; they are less likely to graduate high school, and more likely to suffer mental and physical illnesses as well as abuse at the hands of husbands. They also have difficulty accessing legal services that would help them leave abusive marriages precisely because they are still minors. The second thing to do would be to find out what the laws are that govern marriage age in your state and then work with your state’s legislature to change the laws.