Sahara was told some goals were unattainable for women of her background. She dared to believe otherwise. 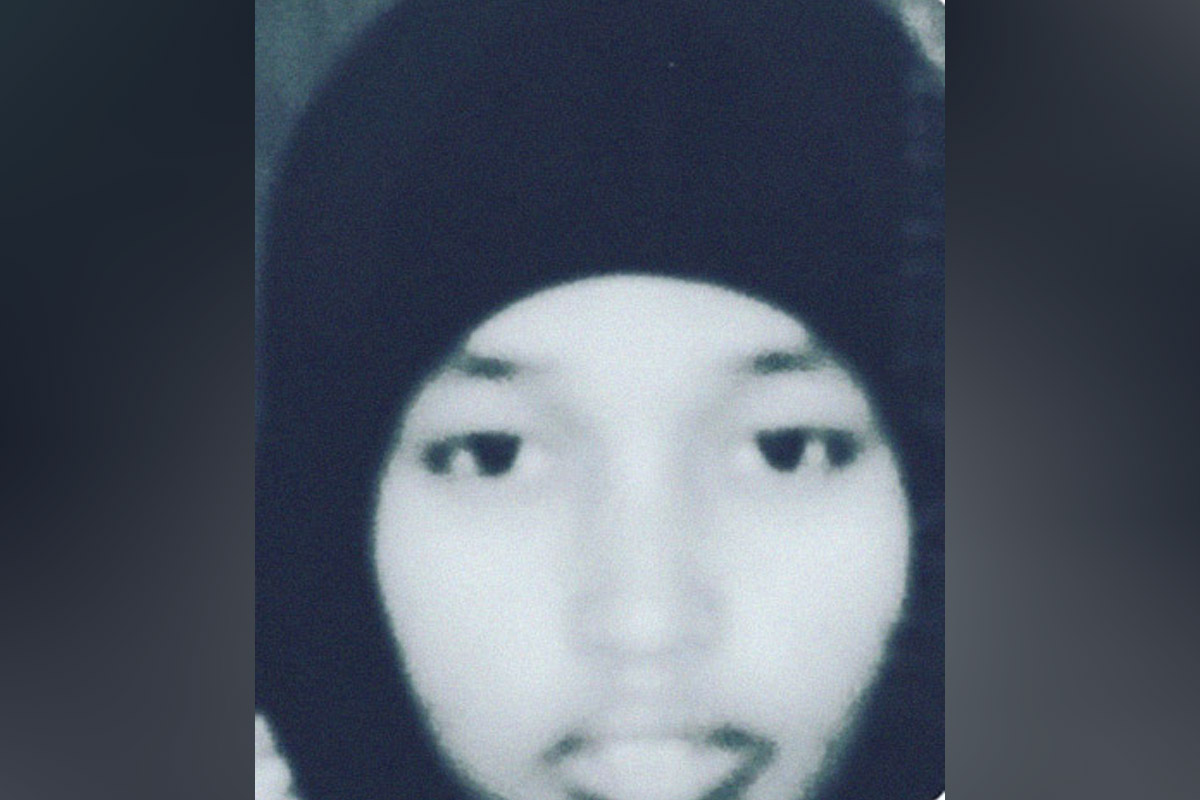 Sahara at the age of 17, when she first came to America.

Sahara Ash grew up in a refugee camp in Kenya where she was forced to undergo female genital mutilation (FGM) to become “purified.” She was under constant pressure to marry young and always keep her hijab (head covering) on. When she came to America, she broke free of the oppression she had faced in her childhood.

Sahara’s enthusiasm and gratefulness for her new life are infused in her every correspondence and conversation. She reached out to us this summer and shared how strongly she connected with the writings and journey of our Founder, Ayaan Hirsi Ali. Inspired by Ayaan’s story, Sahara wanted to tell hers to AHA supporters.

Her wish is that her words and hope will reach those who are fighting for freedom from abuse and religious dogma, like that which she escaped, and inspire them, like Ayaan inspired her. She also hopes her story will show AHA supporters how much their contributions mean to girls facing similar oppression and who feel they are alone in this fight.

Editor’s note:  Sahara Ash’s story was originally published on WrongSpeak.net. It was edited for length and clarity.

From an early age, I dreamt that I would someday attend school. I was eager to learn how to read and write. Early on in my life, that dream looked unachievable.

I was born in Somalia but grew up in a refugee camp in Kenya for about 12 years. I lost both of my parents early on—my mom passed away almost immediately after my birth, and my dad and I were separated in 1991 during the Somali Civil War.

As a little girl, I dreamt that someday, I would go somewhere in the world and become someone who could make a difference in humanity and for society. I didn’t quite know how I would make that difference, but I knew I needed to become educated and especially learn how to read and write to make it happen. I had to help myself first before I could help anyone else.

I dreamt of a different world where I could choose what I wanted in life.”

However, those were high aspirations for a young girl in my circumstances. In Kenya, especially in the camp where I grew up, girls were married (arranged and forced) often between the ages of 14 and 15. Another horrifying practice that was accepted as commonplace in my camp was female genital mutilation, or FGM. I and many other innocent little girls were forced to undergo FGM when we were five or six years old. If you didn’t go through it, you were considered “impure” and were bullied, excluded, abused, and singled out from the community.

Even today, 26 years later, I still suffer from PTSD and trauma.

In Somali culture, forced child marriage and FGM are common practices, but to me, they were horrifying and inhumane. I am against girls or boys being forced to marry without their consent. I never pictured that life for myself. I always knew in my heart that there was more I could do than what I was told! I dreamt of a different world where I could choose what I wanted in life.

I remember very well a big event that took place in my teenage years in Kenya. My father’s side of the family began to force me down the path of child marriage, a path that would have been detrimental to my future. Even then, I knew what was being forced upon me was wrong, but I was brutally beaten for questioning my elders’ decisions as a young girl. It is common for children and women to be physically and mentally abused in the culture I came from, and I was no exception.

I eventually escaped from my family to seek a better life. I went to the best possible place I could think of to pursue my dream—America. I had no formal education and did not even know how to write my first name. I literally started from zero at the age of 17!

I was told over and over again that Islam was the only path in life, and it took a long time to free myself from this mentality.”

All the girls I came to America with got married, and a few worked at jobs that didn’t require English. My caregivers wanted me to do the same thing. They thought I should find a way to send financial support to our people back in Kenya. I stood up for myself because my dream was to go to high school and then onto college. My caregivers didn’t approve of this. It was not easy standing up for myself but I did it because I knew that anything is possible as long as you get after it and work hard! I stood up to them and stuck to my word. I told them that it’s never too late to learn and that I was going to become literate.

As I began to comprehend English, I learned how to read and think more critically. I grew up being told that Allah would strike me down if I removed my hijab in public. I was told over and over again that Islam was the only path in life, and it took a long time to free myself from this mentality. People who I was told for so long not to associate with, gaalo (non-Muslims), were so kind and welcomed me to this new home with open arms. The more I was able to think outside the box I had been raised in, the more and more doubts I had about Islam.

There was an indescribable freedom that came with the decision to be free from both the hijab and the ideology of Islam that had been forced upon me.”

While talking with a coworker, Ayaan Hirsi Ali’s name came up. The person said that Ayaan deserved to be killed. I replied, “Why would you kill someone? Doesn’t she have the same rights as you?” My coworker said to me, “Do you know that I can kill you if you leave Islam and remove your headcover?” I was terrified and heartbroken that someone I knew could justify the idea of killing me by using her book (the Quran).

This was my wake-up call. I started reviewing Islam and its teachings in a more objective way, thinking more deeply as I read. I discovered that if individuals simply decide to leave this ideology of Islam and its teachings, they are apostates, deserters. Some Islamic teachings call for death to ex-Muslims! These threats, bullies, and abuses are happening around the world, even in America and other western countries.

Thanks to America and the opportunity it provided, I was able to graduate from college. In America, I also removed my hijab in public. This was the first time I did not wear it since I was six or seven. To my relief, Allah did NOT strike me down! I realized that those stories of punishment were only told to us to keep us afraid and complacent. There was an indescribable freedom that came with the decision to be free from both the hijab and the ideology of Islam that had been forced upon me. It was a beautiful moment to feel the wind through my hair, especially when I rode my bike—an activity that was culturally unacceptable to girls where I grew up. I wholeheartedly believe that in America anyone can achieve anything that she or he sets his or her mind to. As a Somali immigrant to America, I’m not a victim nor am I oppressed in the U.S. I’m a proud American citizen, free and fortunate to live in the U.S.

We need to deal with Islam’s denials, stigmas, and taboos. We are told not to talk critically about Allah’s words, which I find very hard. We need to discuss the rights of the whole human being, women, children, and vulnerable people included. It is sad that the religion of Islam does not tolerate critique or criticism.

I am grateful that now I’m able to use my voice to fight against practices like FGM, forced marriage, and child marriage, because it’s absolutely needed. In the West, FGM and similarly oppressive practices are happening secretly. It breaks my heart that this is still occurring today, especially in the Western world where children are supposed to be protected from these horrifying practices.

I have a dream that someday people will look at each other as human beings, rather than as members of their race or religion.” 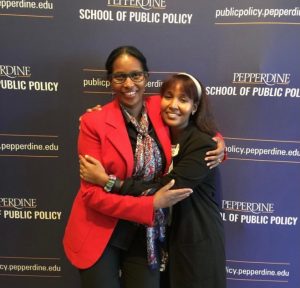 That’s why I love and respect Ayaan Hirsi Ali so much. Many people in the Somali community hate her and threaten her, but she keeps fighting against FGM. Her story and her voice are forbidden in the community. If people hear her name, they automatically jump to the conclusion that she is awful and she shames Islam. In other words, they try to seal off the stories and voices of individuals like Ayaan and myself from the world I came from. Ayaan makes me want to raise awareness and empower individuals to share their stories and voices.

I am against any ideology that promotes gender discrimination and the denial of basic human rights. I have always thought that if religion is truly from a God, it should speak for itself, not rely on human beings to defend it. I am not speaking out against the people, who I have nothing against, but against the lies and terrible practices encouraged by the Islamic ideology. I have a dream that someday people will look at each other as human beings, rather than as members of their race or religion. Meanwhile, I will love humanity and my new home in the United States of America and I will always be grateful to the USA. I will always hold a special place in my heart and soul for this country.